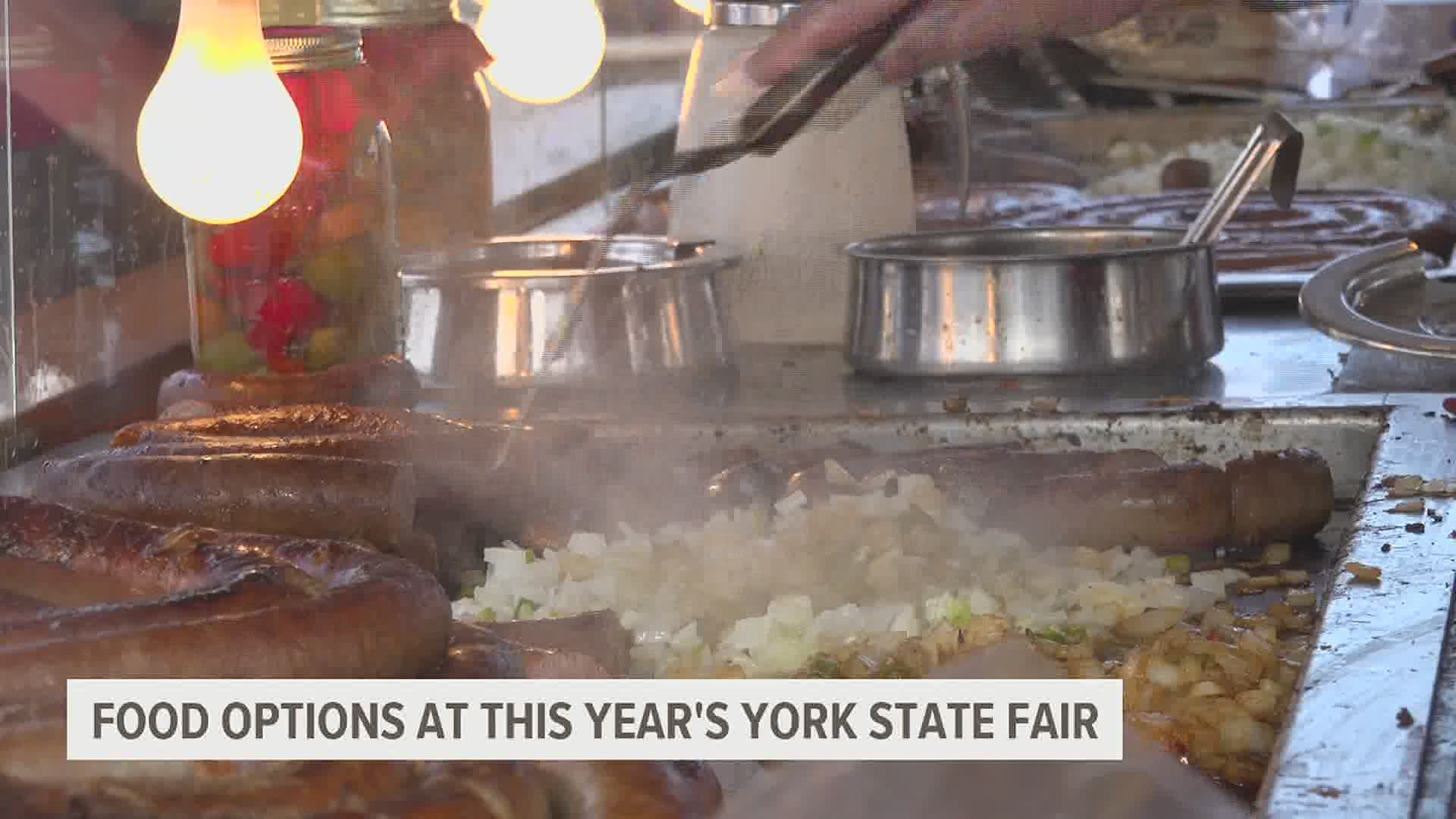 While some people may want to attend for the concerts or to play games or hop on rides, many people make their visit all about the food.

From a York County mom & pop that has made homemade pretzels since 1934 to a Lancaster County nut business that just started up a few years ago:  There is something for everyone to eat at the York State Fair.

"Everyone can eat them. They're all totally gluten free," said Jack Ziegler, her son. "We're all 'totally nutz.'"

"We love the grill. We love the smell. When you can smell the onions and the peppers and the Bricker's french fries from the road walking. What don't you love about funnel cake," said Erin Givens of York.

Food lovers are supporting vendors; many of whom have struggled during the pandemic

"Every business has a hard time, including Smittie's Soft Pretzels. It's been hard on us all," added Doolittle.

As guests help the vendors, Doolittle says the owners are also supporting one another.

"We make the pumpkin rolls, but we make them like a whoopie pie with real cream cheese in them," explained Dennis Meyers, the owner.

"There are so many things. There is an Asian cuisine up here that is just fantastic," added Doolittle.

While many people are relishing in the ample supply of tasty fair food, many guests say it's just nice to be back together again.

"It's the togetherness. It's bringing the community together again," said Doolittle.

"We haven't seen anyone because of COVID," added Given. "I think everyone's grateful to see faces."

People can get a taste of their favorite food at the York State Fair. It runs through August 1.