The CDC issued a national moratorium on evictions through March 31. Some landlords, though, rely on rents pay their properties’ mortgage. 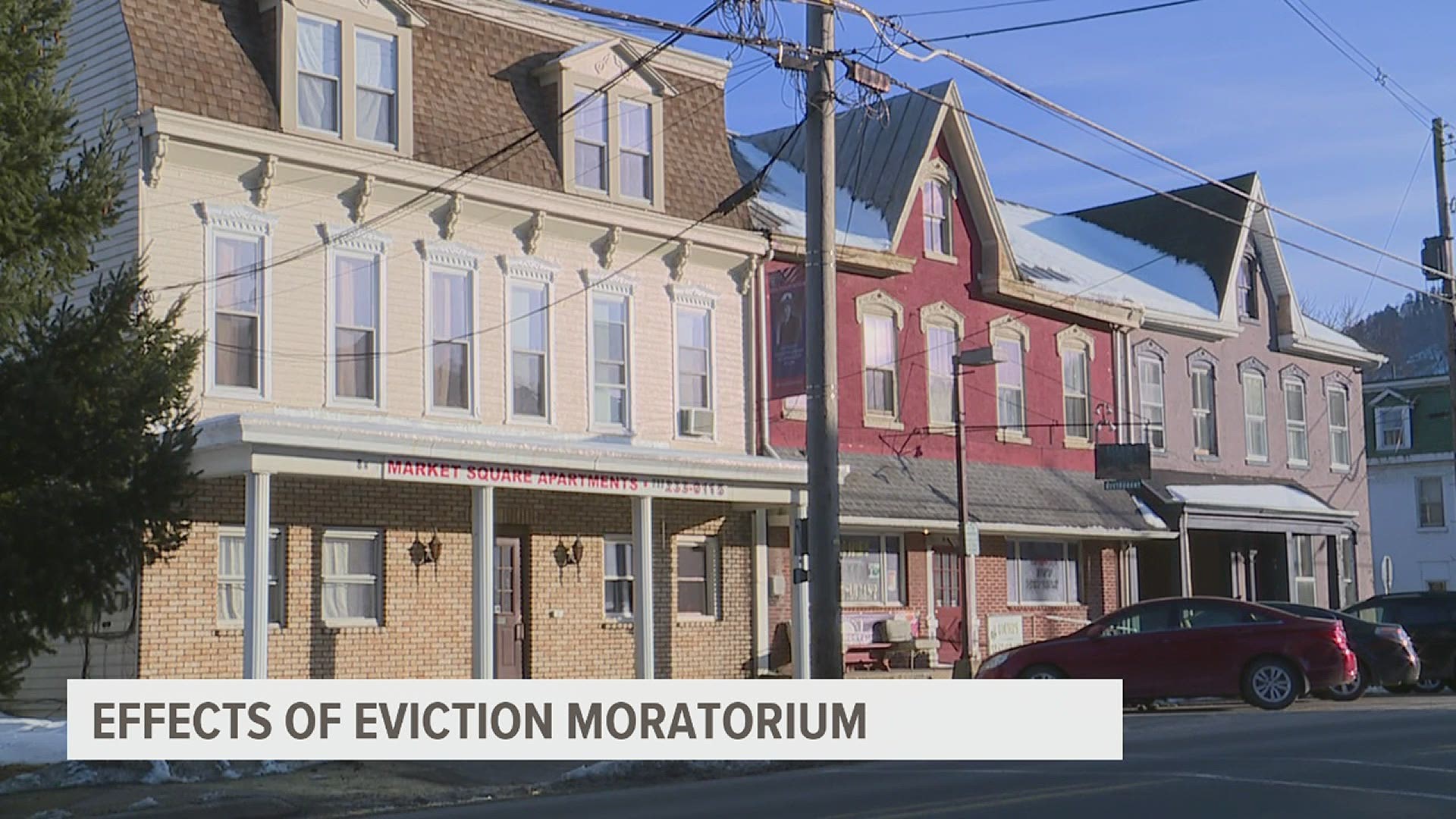 DUNCANNON, Pa. — A federal eviction moratorium meant to keep renters in their homes is forcing some out.

The CDC issued a national moratorium on evictions of tenants unable to pay rent for pandemic-related reasons through March 31.

Some landlords, though, rely on rents to pay their properties’ mortgage. Without income they may be forced into foreclosure.

“It’s really impacting small landlords who cannot pay their mortgages,” said Josh Clelan, a Hershey-based realtor and landlord. “I know several landlords are putting their houses on the market due to tenants that are not paying rent.”

One Duncannon renter said though she worked two jobs to pay the bills, she was in danger of losing her home of two and a half years because a neighbor in the same duplex was behind in rent. The renter wished to be identified by only her first name, Amanda.

“My landlord came three days ago to let me know that a realtor would be coming within 24 hours to take pictures of my house,” Amanda said.

Amanda said her landlord decided to sell the property in order to avoid foreclosure.

“Because my next door neighbor has not paid her rent in several months due to the pandemic and non-eviction for non-payment,” Amanda said.

Amanda hopes the new owner will allow her to keep renting.

“It’s scary because I have a 12-year-old daughter,” she said. “I work really hard for everything that I have with my family, and it’s not fair.”

President Joe Biden last week issued a national moratorium on foreclosures of federally-backed mortgages through March 31. The moratorium does not cover most private mortgages, though some provide their own foreclosure relief.

“Everybody that I know that has gone through this is as understanding as possible,” Cleland said. “But at the end of the day, are the banks going to be understanding? Can you still make the mortgage payment or not?”

Some states and cities, like Harrisburg, have issued their own protections for renters affected by the pandemic.

A Pennsylvania eviction moratorium expired on Sept. 1, 2020. State legislators have discussed an additional temporary state ban on evictions and foreclosures, but the measures remain in committee.