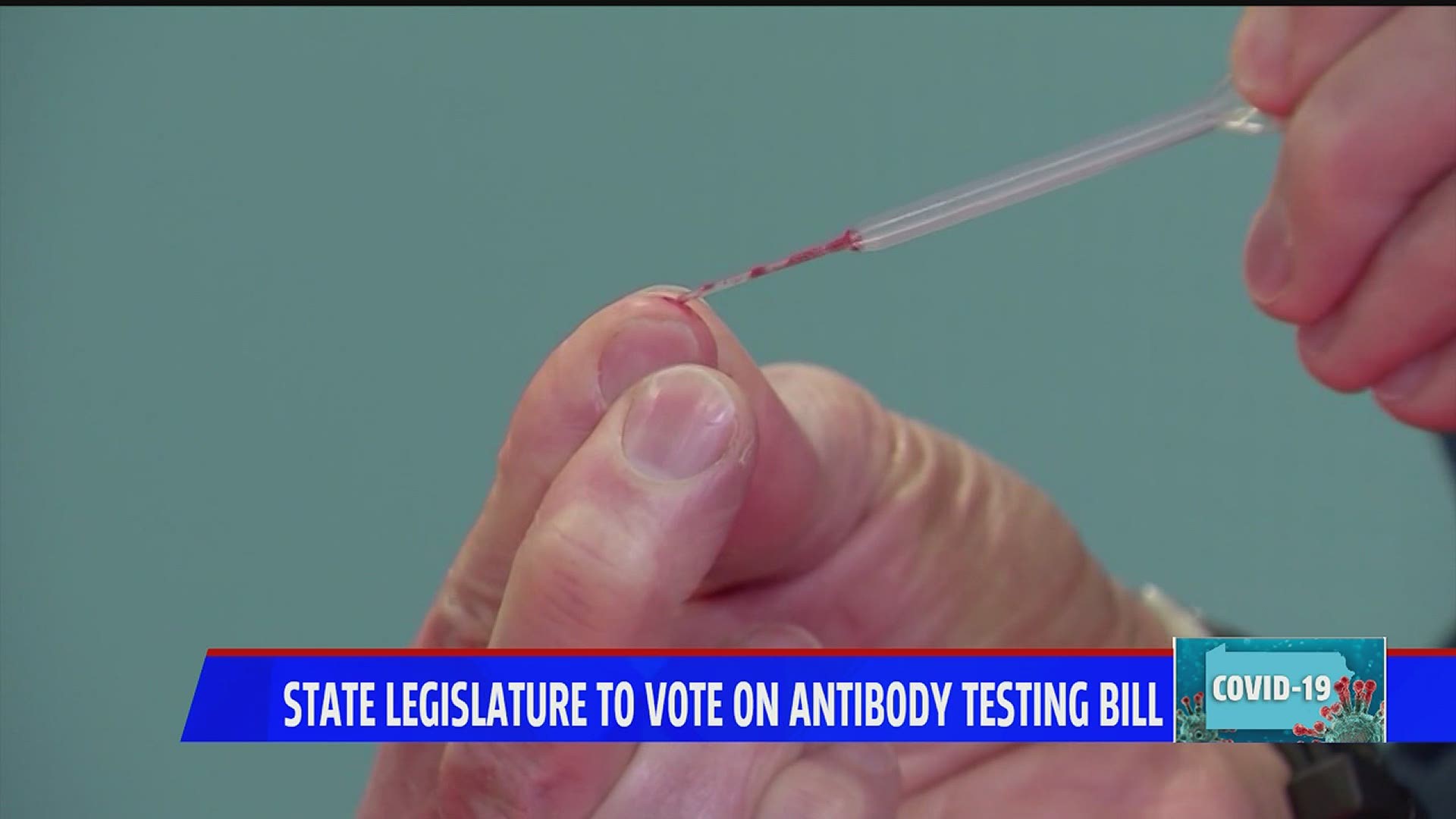 HARRISBURG, Pa. — A bill to allow COVID-19 antibody testing is set to be voted on by the State House next week. Currently, local health departments can purchase antibody testing but, they can't administer the tests to first-responders and medical personnel because they aren't FDA-approved.

The legislation would allow them to do so. The tests would just require a drop of someone's blood to test if they have antibodies built up of the virus.

There was an amendment added to the bill Thursday that would require Governor Wolf's administration to put their plan for COVID-19 testing into writing. The amendment, at this point, does not have much support from democrats.