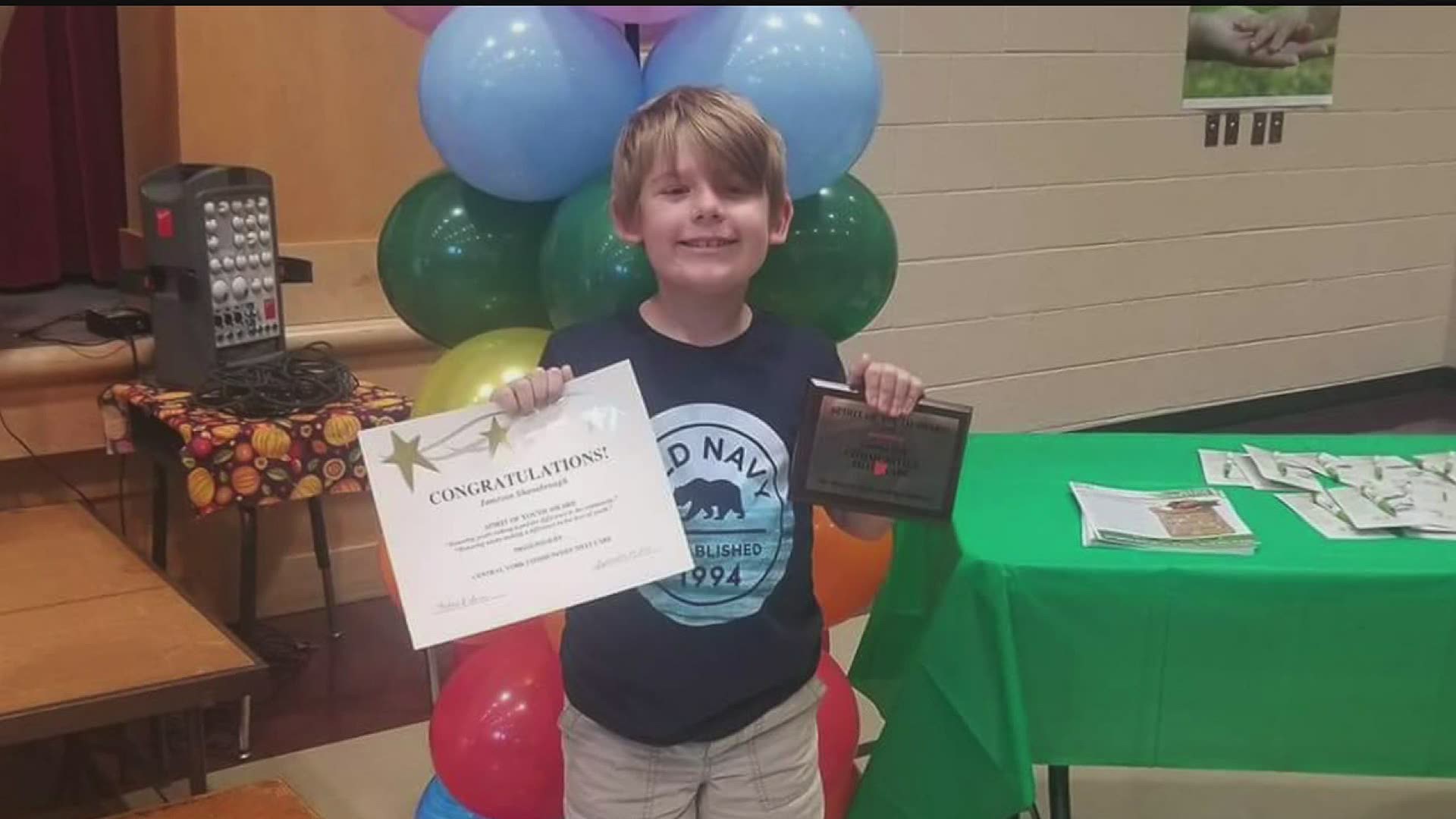 YORK COUNTY, Pa. — A 9 year-old-boy from Manchester, York County is asking for a lot of toys for his birthday next month, but none of them are for him.

Boxes fill the sitting room at the Shanabrough house.

"Currently they're probably stacked almost as tall as him," Nicole Shanabrough said.

Nicole was referring to her 9-year-old son, Jameson. Soon to be 10-years-old. Perhaps his soul is a little older.

"I collect toys and then I donate them to a children's hospital," Jameson said.

"He does," his mom, Nicole, said. "When he was at his old school he was unfortunately bullied. Some days he cried and said he didn't want to go to school for us, and that's tough."

"I want to do it because I know some of the kids in the hospital will never, or any time soon, get to get out of the hospital," Jameson said.

So far Jameson has collected 1,236 toys. In one day, 32 boxes showed up on their porch.

"People will ask, 'hey can we send him a present,' and he's openly said, 'I don't want anything, I want it for these kids,'" Nicole said.

Jameson and his family plan on taking the toys down to Johns Hopkins July 17th.

Brand new toys can be dropped off at 95 Claire Avenue in Hellam. A bin is located outside for people to place the donations in.

They're also in need of gift cards for teenagers at the hospital.

Online donations can be made here.