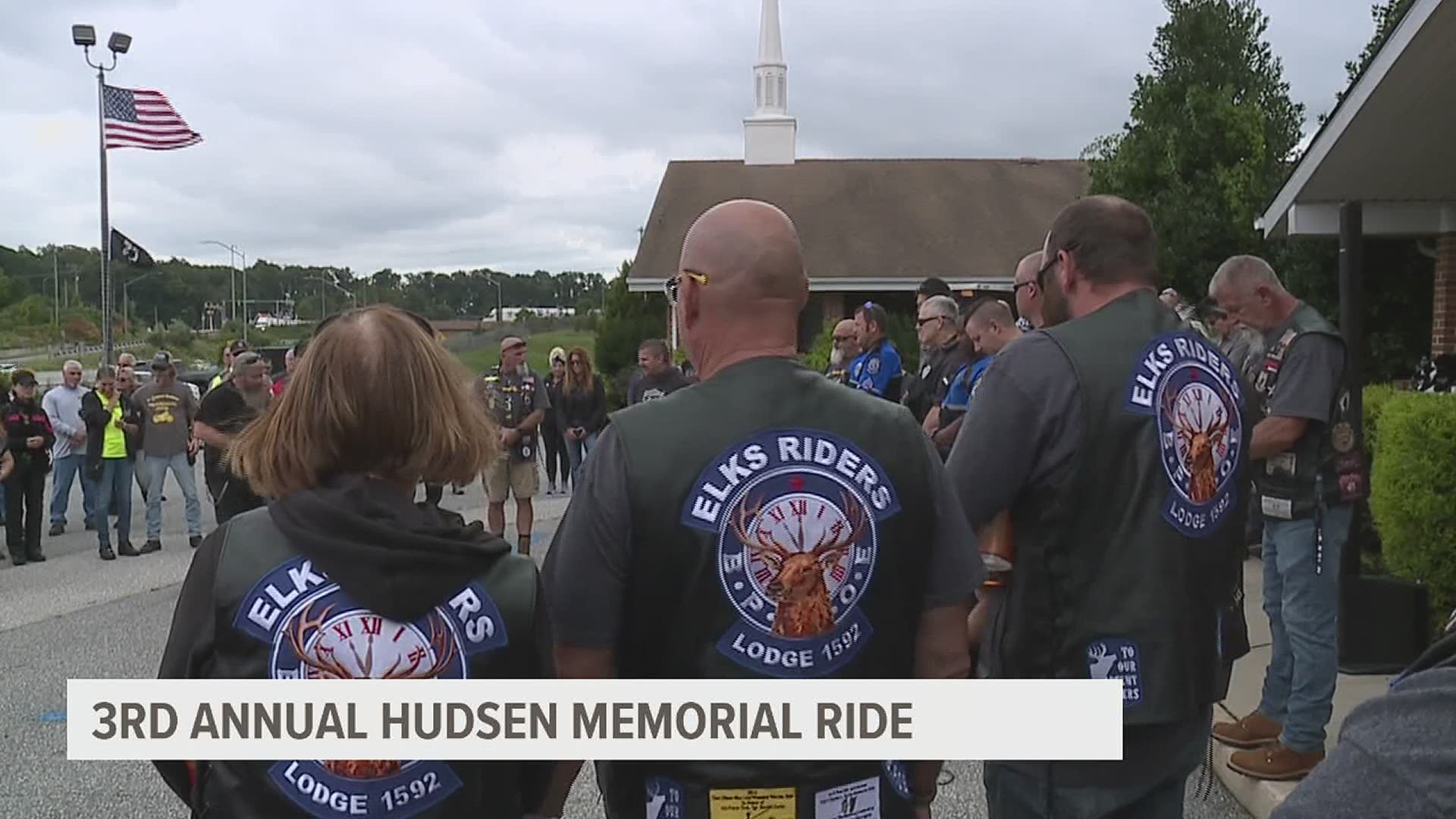 YORK, Pa. — More than 100 bikers came together in York Saturday to remember a young boy who died from a rare form a brain cancer. The 3rd annual Hudsen Memorial ride not only raised awareness of his disease, but also money for families struggling with childhood cancer.

"Hudsen loved to play video games. He loved his dogs, his cats," Amy Wolfe, his aunt, said. "He was very goofy. He had the best laugh that I've ever heard. Just a very very happy child."

On September 5th 2017, Hudsen's life was cut short after he lost his battle with DIPG, a rare form of brain cancer,

"I never heard of DIPG," Jeff Boyer, a member with the Red Lion Legion Riders 543, said. "And I said we need to do something to bring awareness to DIPG. So my wife and I, we started the Hudsen ride."

Boyer never knew him personally, and neither did a majority of the people at the ride. Hudsen's aunt said it speaks volumes of the York community.

"We definitely have a group of family here but most of these people have never even met Hudsen," Wolfe said. "So the fact that they're here to help us and ride is absolutely amazing."

Hosted by the Red Lion Legion Riders 543, Red Lion Elks Riders 1592, and Freedom Biker Church, the three-hour ride took them past a park where a bench is dedicated to Hudsen's memory.

"It's been an emotional ride," Boyer said. "But it's a feeling, when you see all them bikes behind you, it's a feeling you can't explain."

All of the money raised will be donated to Four Diamonds, which helps families battling childhood cancer. It's the same organization that helped Hudsen's family.

"If there's a charity, a veteran, a child, anything - the bikers show up," Boyer said. "And you can see them right behind us and there's a bunch of bikers here today."