About 30,000 Pennsylvanians who have filed for unemployment benefits since March have yet to receive one payment

Dept. of L&I Secretary Jerry Oleksiak says, his office is working to get these benefits paid and is continually adding more staff to help fulfill these claims. 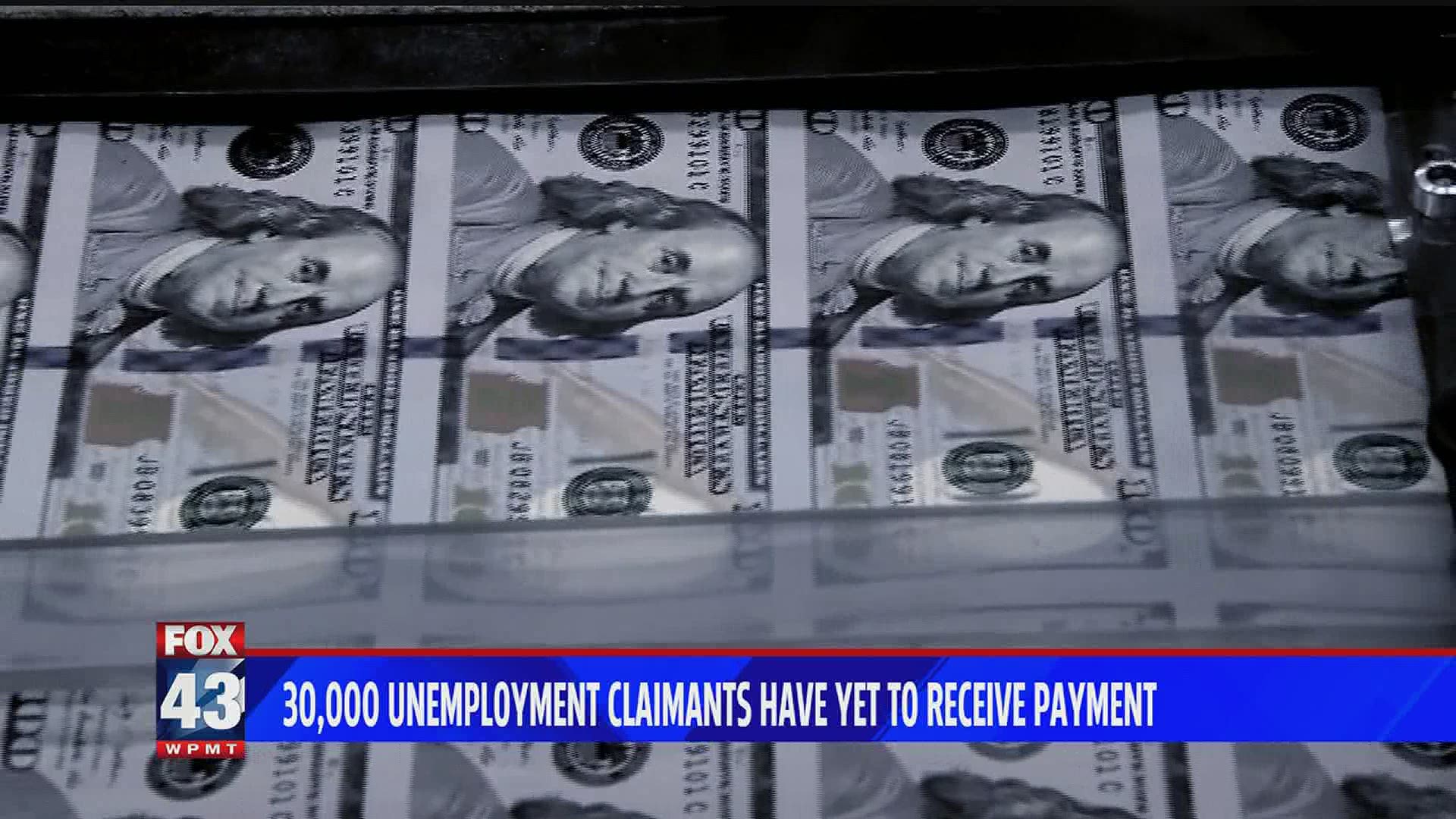 HARRISBURG, Pa. — While about 98 percent of unemployment claimants have received their benefits, two percent, or 30,000 people, have yet to receive a single payment. Thousands of others have only receive some payments, with other payments severely delayed.

"We have never seen anything like this," said State Rep. Jim Cox, (R) Berks and Lancaster Counties. "So, today we are hoping to get to the bottom of why this is happening."

"Unemployment in Pennsylvania grew faster and rose higher than at any point in our history," said Dept. of L&I Secretary Jerry Oleksiak.

He told the committee, they were simply unprepared for the one million unemployment claim benefits they would see in about a months time at the beginning of the pandemic. Their staffing and funding levels, set by the federal government, were based on the record low unemployment level in February.

To put that into perspective, during the Great Recession PA's unemployment rate took 34 months to reach its highest level, climbing from 4.1 percent in May 2007 to 8.8 percent March 2010. During the COVID-19 pandemic, February 2020's unemployment rate was 4.7 percent and by April 2020 it rose to 15.1 percent.

"Despite the work we've done none of us are satisfied and we won't be satisfied until every Pennsylvanian eligible for benefits have been made whole," said Sec. Oleksiak.

He says, his department has made progress and improvements since the pandemic began in March. He says, the department continues to hire more staff and has begun adding bots to help answer questions and get eligible claimants benefits paid.

"Some legislators have told us that claimants aren't being helped. We have been told by others that we have been tone deaf to the plight of our fellow citizens and that nothing has been accomplished by L&I since beginning of this pandemic," said Sec. Oleksiak. "Nothing could be further from the truth."

Oleksiak also says, guidance from the federal government regarding PUA and FPUC payments has been slow, contradictory and ever changing, making implementation of those programs difficult.