5 firefighters taken to the hospital, dozens displaced after 3-alarm fire in York County 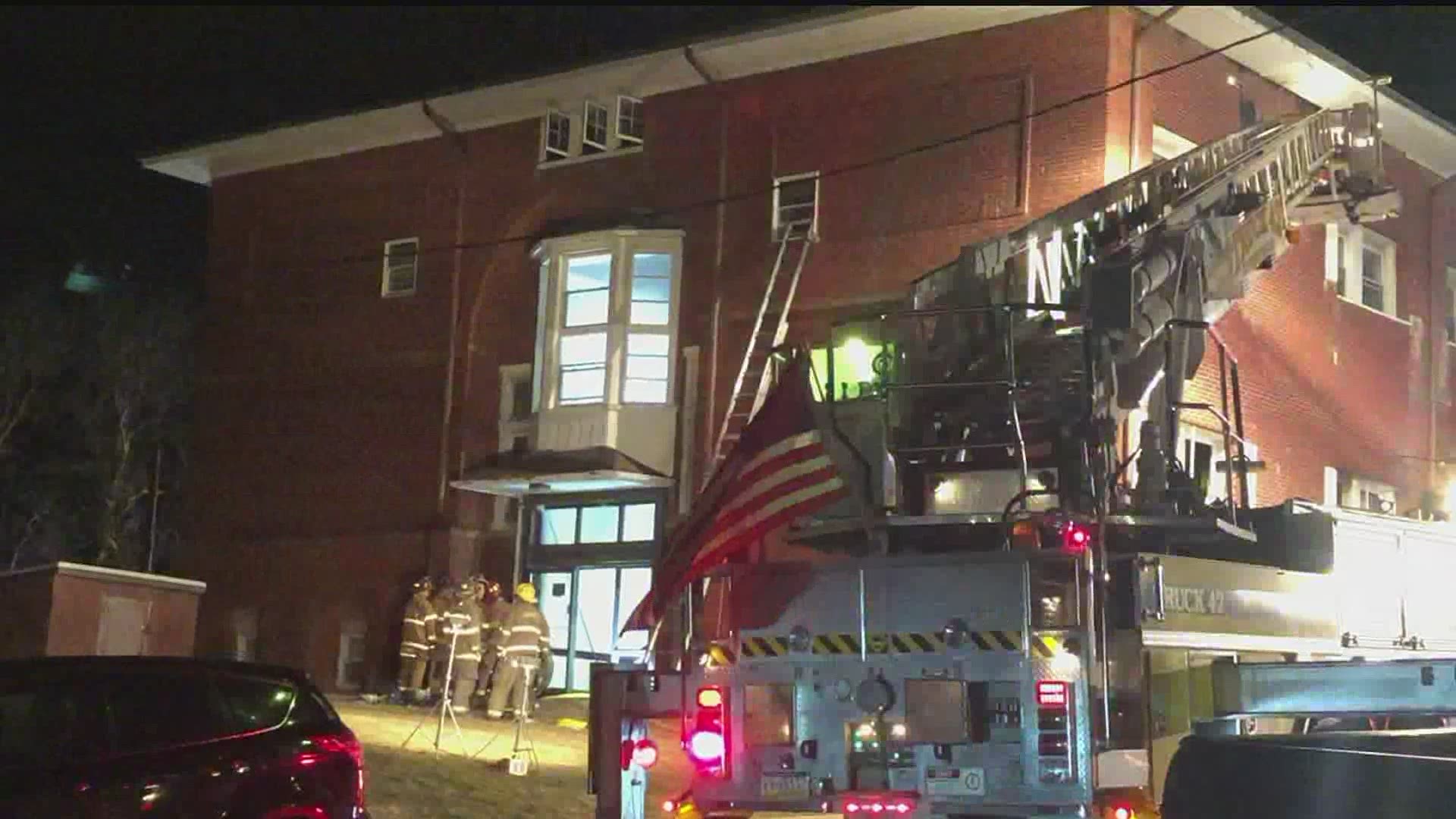 RED LION, Pa. — According to fire officials, 5 firefighters were taken to the hospital after a 3 alarm fire in Red Lion Saturday night.

The fire broke out just before midnight in a storage area inside an apartment building on the 100 block of Henrietta Street.

As firefighters worked to extinguish the fire, they found it had spread to the top floor.

The explosion sent 5 firefighters to the hospital.

At last word, one remains hospitalized.

His or her condition is unknown.

Fire crews evacuated dozens of people, including children from their units.

Firefighters battled the fire for at least 2 hours before putting it out around 1:30 a.m.

Red Cross assisted 25 adults and 10 children who were displaced, according to a tweet.

An investigation is ongoing by the State Police Fire Marshall.