Since January 2019, FOX43 has been working to figure out what happened after an alleged bullying incident on a West York Area School District elementary bus 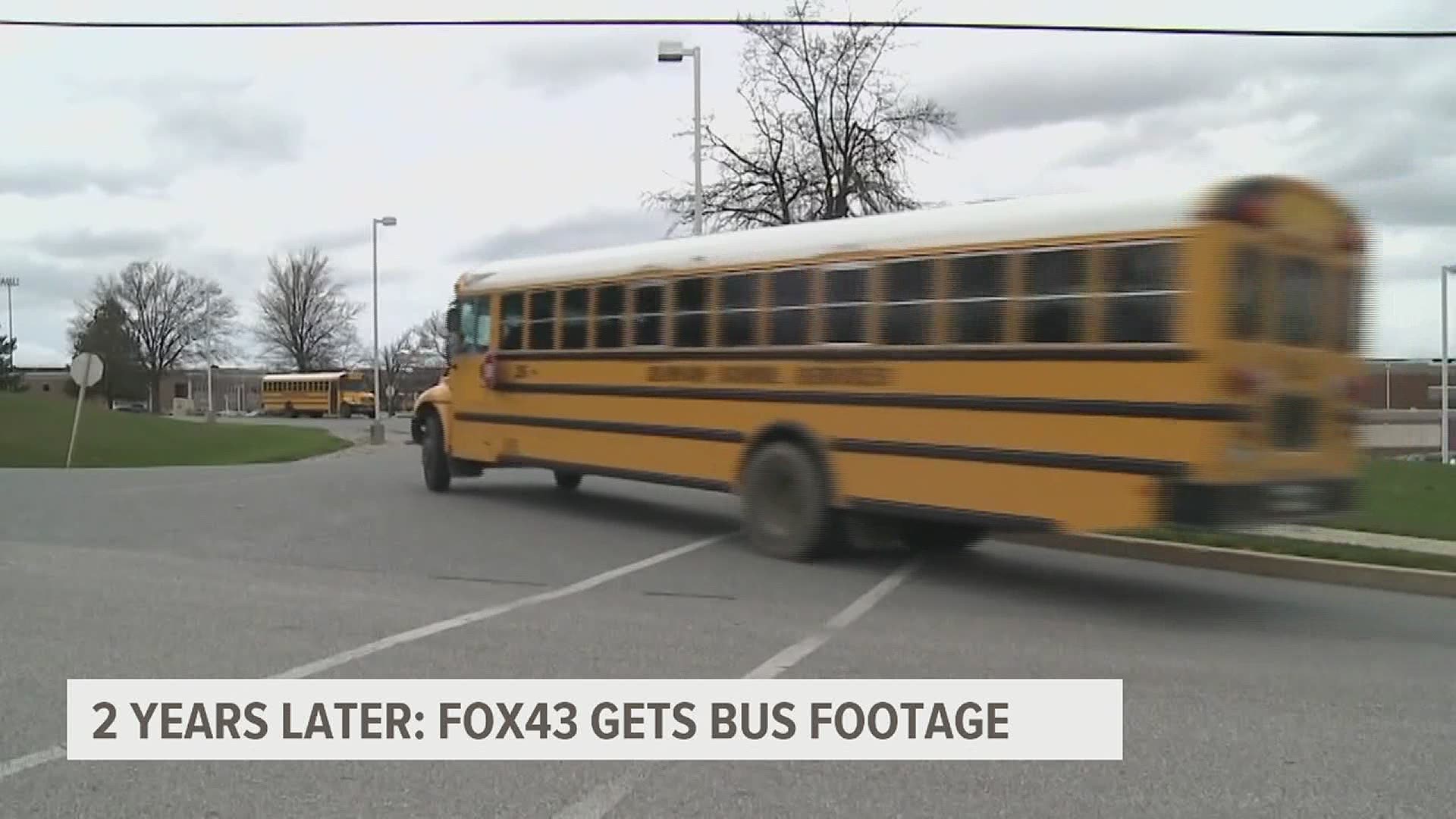 YORK COUNTY, Pa. — In January of 2019 we brought you the story of Rhonda Lucky and her 10-year-old son, Ted, who she claimed had been beat up and bullied on the school bus.

Since then, FOX43's Samantha Galvez has been working to get you answers on what exactly happened, if there was any wrong-doing, and what, if anything, the school is doing to address bullying.

On January 22nd, 2019 FOX43 submitted a right-to-know request to West York Area School District to have access to the surveillance video so you could see for yourself what happened. The District repeatedly denied our requests to see the video.

After 17 months, several court rulings later, and thousands of dollars spent fighting to keep the video out of our hands, FOX43 finally got it - only after the PA Supreme Court ordered the District to hand it over.

"It's hard to see," Rhonda Lucky said after we showed her the video the District gave us. "I mean anyone looking at this...they didn't just do faces they did the entire video so you can't even see it."

Rhonda is talking about the blurring.  FOX43 did request just faces be blurred, but the version they gave us had the entire screen blurred.

"I can see his head get whipped back," Rhonda said.

Rhonda told FOX43 back in 2019 that her 10-year-old son, Ted, was bullied on the bus and punched in the face. At the time she shared a picture of her son with bruises on her face on social media.

Rhonda also said her son was asked to wait on the bus with a bloody face while the principal talked to other students about the fight. She was shown that surveillance video in the superintendent's office the day it happened.

"This boy with an open hand just slapped ted across the face and ted reached out and kinda went like this," Rhonda said back in 2019. "He didn't hit the boy at all and the boy came around with a closed fist with all his might. You could see it just hit ted's face and ted's face go back."

At the time, FOX43 wasn't allowed to see it. Neither was anyone else. That was something that didn't jive with former board member Don Carl

"Rhonda claimed that she was basically being stonewalled and being treated badly and asked that the board take a look at the video for themselves and see what we thought," Carl said. "And I was of the mind, 'well that sounds reasonable' and I said 'ya know I would personally like to see that,' and when that happened I ran into a lot of opposition."

FOX43 found any communication to their lawyer regarding our right-to-know request and appeal cost taxpayers. Between emails, telephone conferences, and meetings, the District spend $10,069.25 hiding the video.

"Wow. Ten thousand dollars for a video that you say you did nothing wrong in, to keep the public from seeing," Lucky said "How does that make any sense?"

Since this incident nearly two years ago, Rhonda has been advocating for bullying reform in the District. She's gone to school board meetings, joined townhall forums on bullying, and requested to have meetings with school leaders.

"I think it's kinda hard to address bullying if you're hiding things and not being transparent about it. They pretty much hid it. They didn't bring it out," Rhonda said. "They didn't want it to be out. No one was punished. Not the two kids who did it. Not my son. I even offered to punish my child in with them. The Superintendent, Mr. Davies, he flat out told me it was not a bullying incident. In my opinion, I was bullied by him."

We tried to ask the superintendent about these claims but after multiple requests for an interview, Dr. Davies sent us this email:

"Ms. Galvez, I am going to respectfully decline your request for an interview or providing any further comments on this matter."

He did allow us to speak with the Coordinator of Safety and Security of the District, Ivan Quinones, to talk more about bullying initiatives.

He said the District has increased training for faculty and staff on how to identify and mitigate bullying, and created an anti-bullying committee.

"And also training and teaching our students about bullying and certainly some of the consequences when it comes to that," Quinones said.

$10,000 - it's a steep price for taxpayers. But for Rhonda it's a steep hill still to climb to get some sense of justice for her son.