While closing out his father's estate, Doug Fasburg found a 120-year old military artifact, and wants to return it to a surviving family member of the soldier. 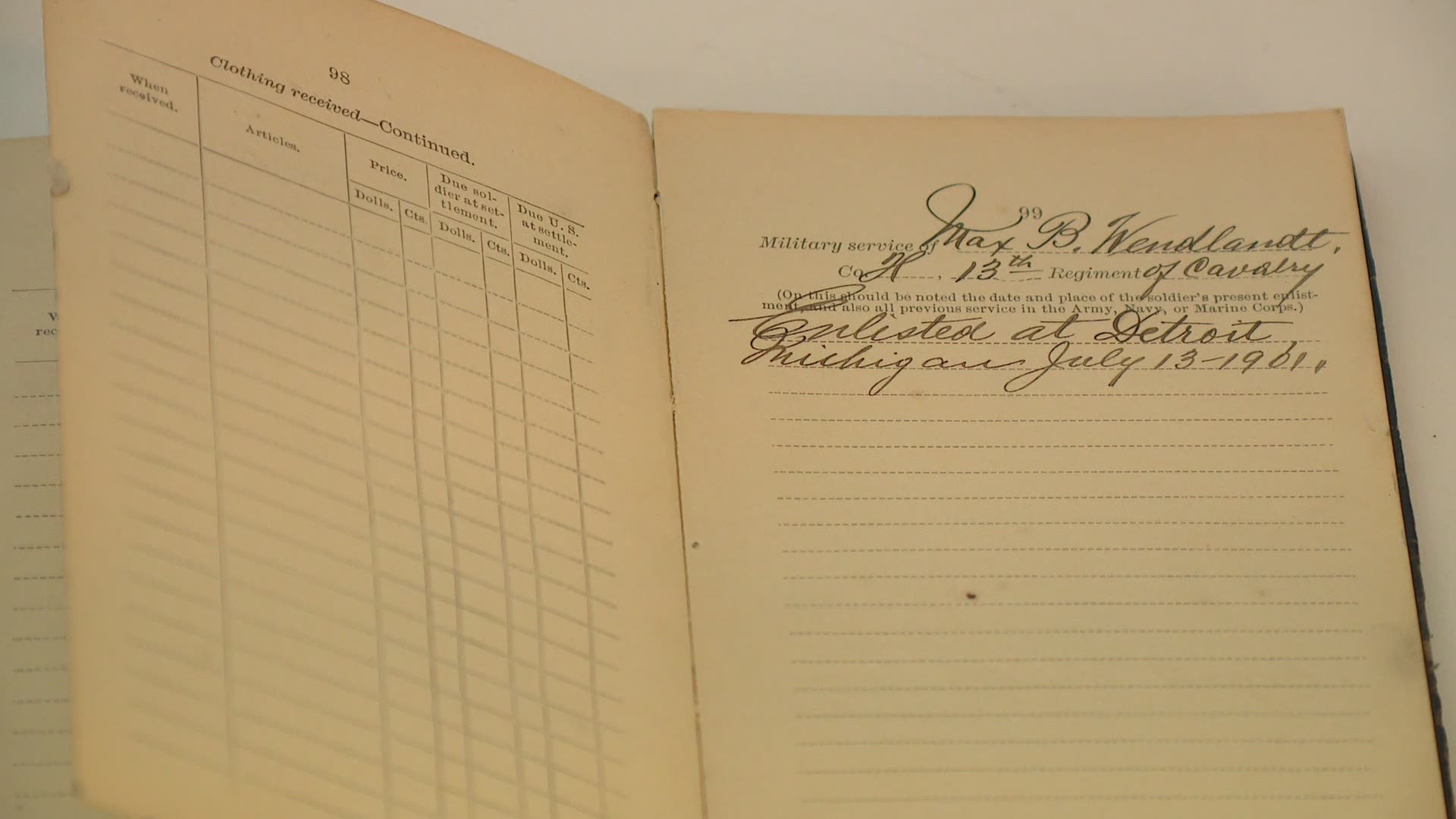 GRAND RAPIDS, Mich. — Closing out a family member's estate after they pass away is never easy and can be quite overwhelming. A Grand Rapids man, whose father recently died, made quite a discovery while sifting through his dad's belongings, and is now on a mission to get what he found returned to the family.

"My dad was a huge collector of all kinds of stuff," said Doug Fasburg, who inherited his father's estate when he passed away in Nov. 2020. "Most of his stuff is related to the military - coats, medals, hats and knives."

Doug says he was digging through one of the boxes when he came across an old book.

"It was a Military Hand Book," Doug said. "I thought it was pretty cool."

Credit: 13 ON YOUR SIDE
For being 120-years old, the Hand Book is in good condition. All the pages are still in it and all the writing and entries are legible.

Though the Hand Book was very worn, fragile and the pages inside were yellowing, Doug says he couldn't resist and began leafing through it.

"I immediately saw the name Max B. Wendlandt written on a page inside," Doug said. "Under the name it read that he had enlisted in the 13th Regiment of the Cavalry in Detroit in 1901."

Doug continued to go page by page through the Hand Book. There were several pages where Mr. Wendlandt had itemized his monthly military allowance, showing entries made in 1901.

On another page, there was a leaflet still taped, listing five hand-written names.

Credit: 13 ON YOUR SIDE
As Doug Fasburg was looking through the Hand Book, he came across a page that had a piece of paper taped to it. On the paper is a list of 5 names.

"I immediately thought that maybe those guys were his friends who died in the war," Doug said.

As he kept flipping pages, Doug says he came to a part that had colorful inserts. He delicately took them out and opened them.

"There's real military money in there," said Doug. "There's a 10 cent Military Certificate, and two other bills that appear to be German."

Doug left his father's house and took the Hand Book with him. He immediately showed it to his wife, and the couple decided they wanted to try to reconnect it with one of Mr. Wendlandt's surviving relatives.

"I tried to Google his name but I couldn't find any information on him," Doug added. "If somebody comes forward with proof that they're a relative, we'll box up the Hand Book and send it to them."

Doug says he's connected with a West Michigan genealogist who is currently in the process of trying to trace Mr. Wendlandt's lineage, with the hope of locating a blood relative. Meantime, he's hoping 'Citizen Sleuths' jump in and help solve this mystery, too.

If you're related to Max B. Wendlandt, or know of someone who is, Doug Fasburg can be reached at this email:  dfasburg@gmail.com 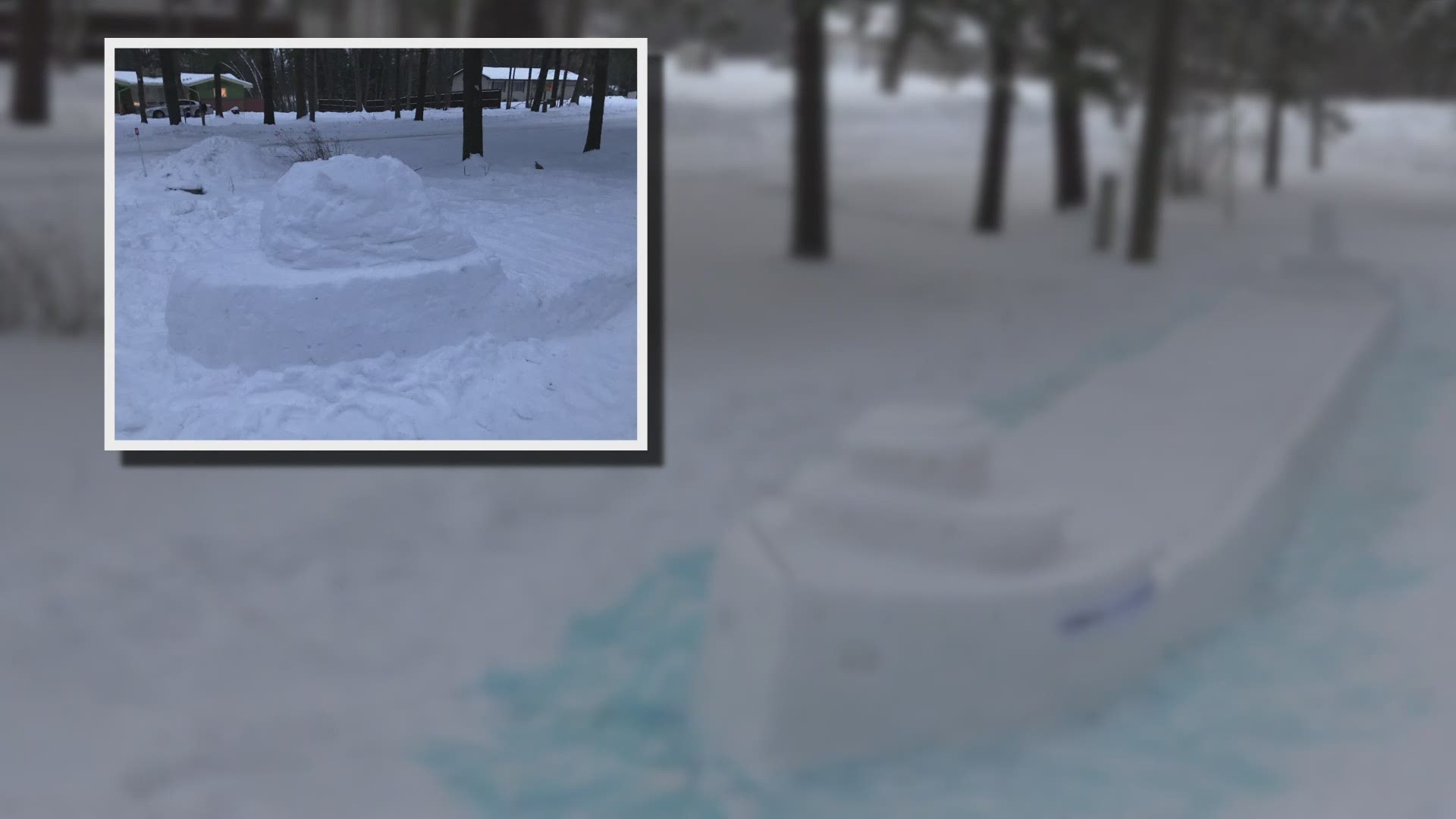