A bang and a bright light woke up the quiet residential street. It was 1:30 a.m. in Carlisle, and a crashed car was burning. 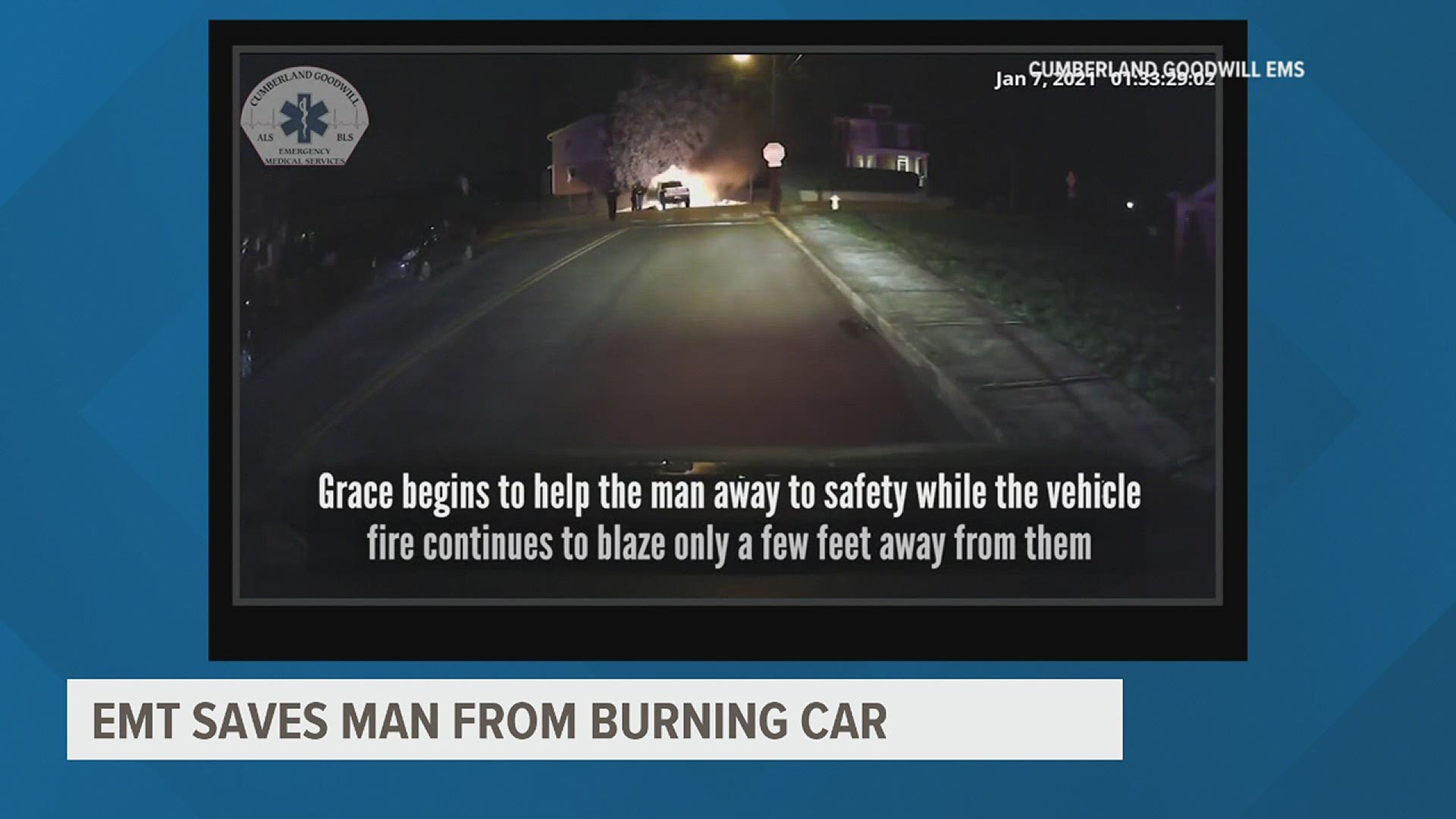 CARLISLE, Pa. — A bang and a bright light woke up the quiet residential street. It was 1:30 a.m. in Carlisle, and a crashed car was burning.

“We were the very first to be on scene,” said Grace Snyder, an EMT with Cumberland Goodwill EMS.

Snyder is now being called a hero for her actions on the scene.

The 18-year-old has only been at Cumberland Goodwill for six months. She completed a program her senior year to get EMT-certified. The program is a partnership between Carlisle Area High School, Cumberland Goodwill EMS and Harrisburg Area Community College.

When she got to the car, Snyder saw the elderly man inside was having trouble getting out.

A neighbor was unsuccessfully attempting to rescue the man.

“The bystander was trying to help the individual out of the vehicle or help them away but the car kept blowing up with the tires… the tires kept exploding,” Snyder said. “So he kept backing away, which is understandable.”

Snyder ran straight toward the car.

“She just jumped into action, no hesitation, she just started pulling him away,” said Nathan Harig, assistant chief at Cumberland Goodwill. “When we looked at the footage later, because all of our vehicles with equipped with cameras, we noticed that there were explosions taking place from that vehicle. Tires were popping. Other little canisters and things that were in the car were popping off.”

Snyder bear hugged the man and dragged him out of the car, while the explosions continued.

“Once we got somewhat away from the car more tires started exploding so it was some loud noises and we just wanted to get really away from that car,” she said.

The man was taken to the hospital with minor injuries, but safe, according to Cumberland Goodwill.

The incident happened Thursday morning. By the afternoon, Snyder was being hailed for her heroic act.

The thought of bravery, however, never occurred to her during the rescue, she said.

Her superiors at Cumberland Goodwill, though, said her actions prove she has a bright future as a first responder.

“She better make a career out of being a first responder and we’re glad to help her,” Harig said.

Harig hopes to help Snyder continue her career to become certified as a paramedic, which requires more training that Cumberland Goodwill offers.