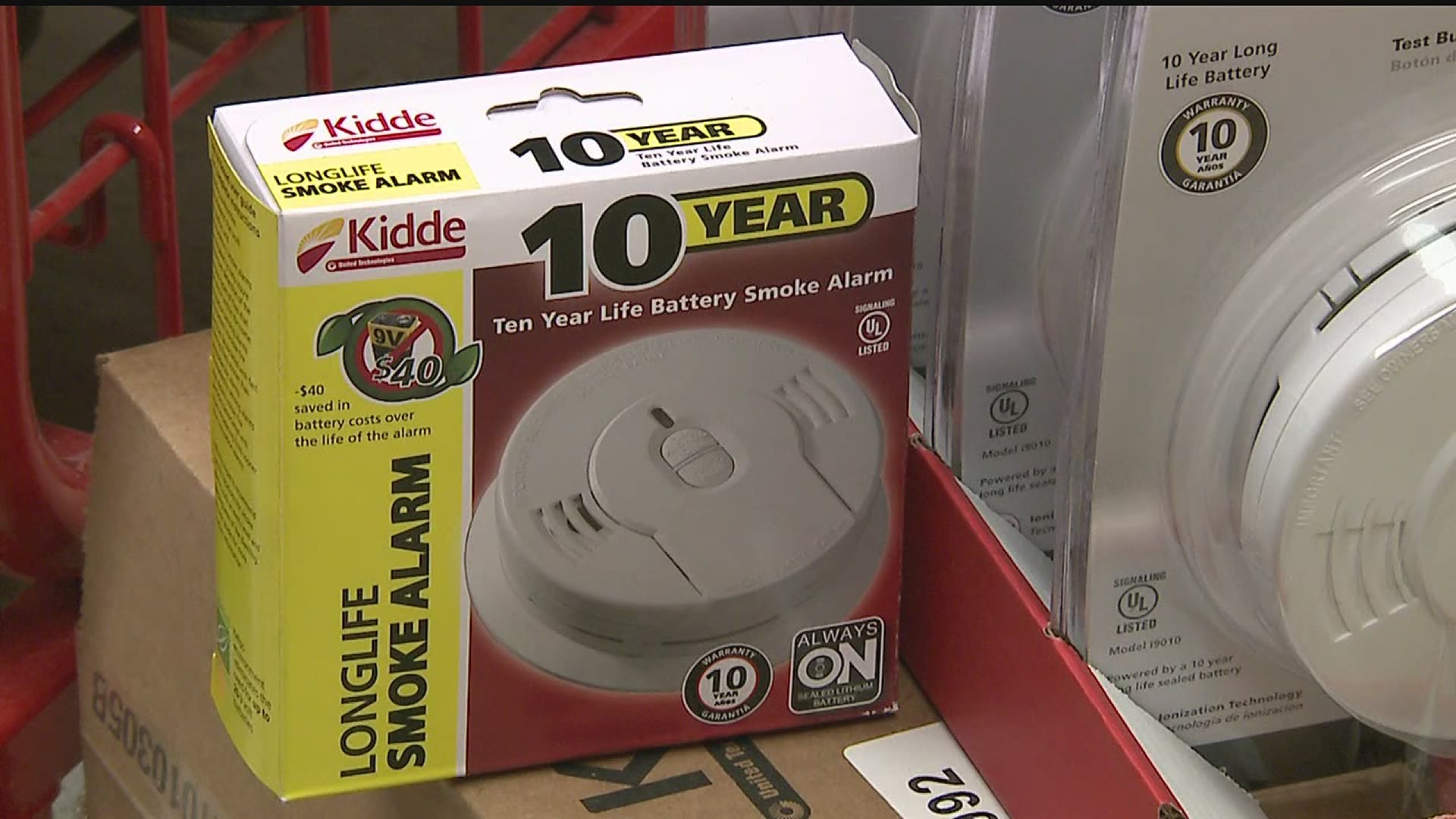 HARRISBURG, Pa. — A bill in Pennsylvania could soon require landlords to install 10-year tamper-proof smoke detectors into the buildings where their tenants live.

“I think this is going to be a big step up in protecting folks in rental and apartment units because, again, you can police your unit as much as you want, but you don’t have control over what’s happening in the unit right next door to you,” said Rep. Todd Polinchock (R-Bucks County), who is sponsoring the bill.

The bill requires smoke alarms that meet any of the following requirements:

“It’s going to make all the landlords at least have a requirement to take a look an see what they have in there,” said Polinchock.

RELATED: Fire Safety: Protecting your home and family from a fire emergency

The bill also requires tenants to maintain the smoke alarm, test it annually, and not remove it or render it inoperable. Under the bill, it is also the tenant’s responsibility to notify the owner of the dwelling in writing of any deficiencies relating to the smoke alarm.

Harrisburg’s fire department offers free installation of 10-year tamper-proof smoke alarms fo any city resident. As part of a grant, the department was able to purchase ‘several thousand’ of the more alarms and Chief Brian Enterline said when the detectors run out, they plan on buying more. He said the detectors beep after they lose their 10-year charge.

“There’s no battery to change and there’s really no maintenance to do other than to test the thing on a monthly basis,” said Enterline. “So it’s eliminating the need for a tenant or a property owner to have to worry about 9-volt batteries.”

Enterline called the 10-year smoke detectors the best technology and the best thing for safety. He said the detectors run between 20 to 30 dollars, but he believes the cost is offset when people factor in how much they would spend on batteries for other smoke detectors.

“Remember Pennsylvania is always in the top three or four nationally for fire deaths,” said Enterline. He added, “We need to have the tools to protect our citizens and our residents from fire.”

If you would like a 10-year smoke detector installed for free in your home, the Harrisburg Fire Department encourages you to reach out to them directly by phone.