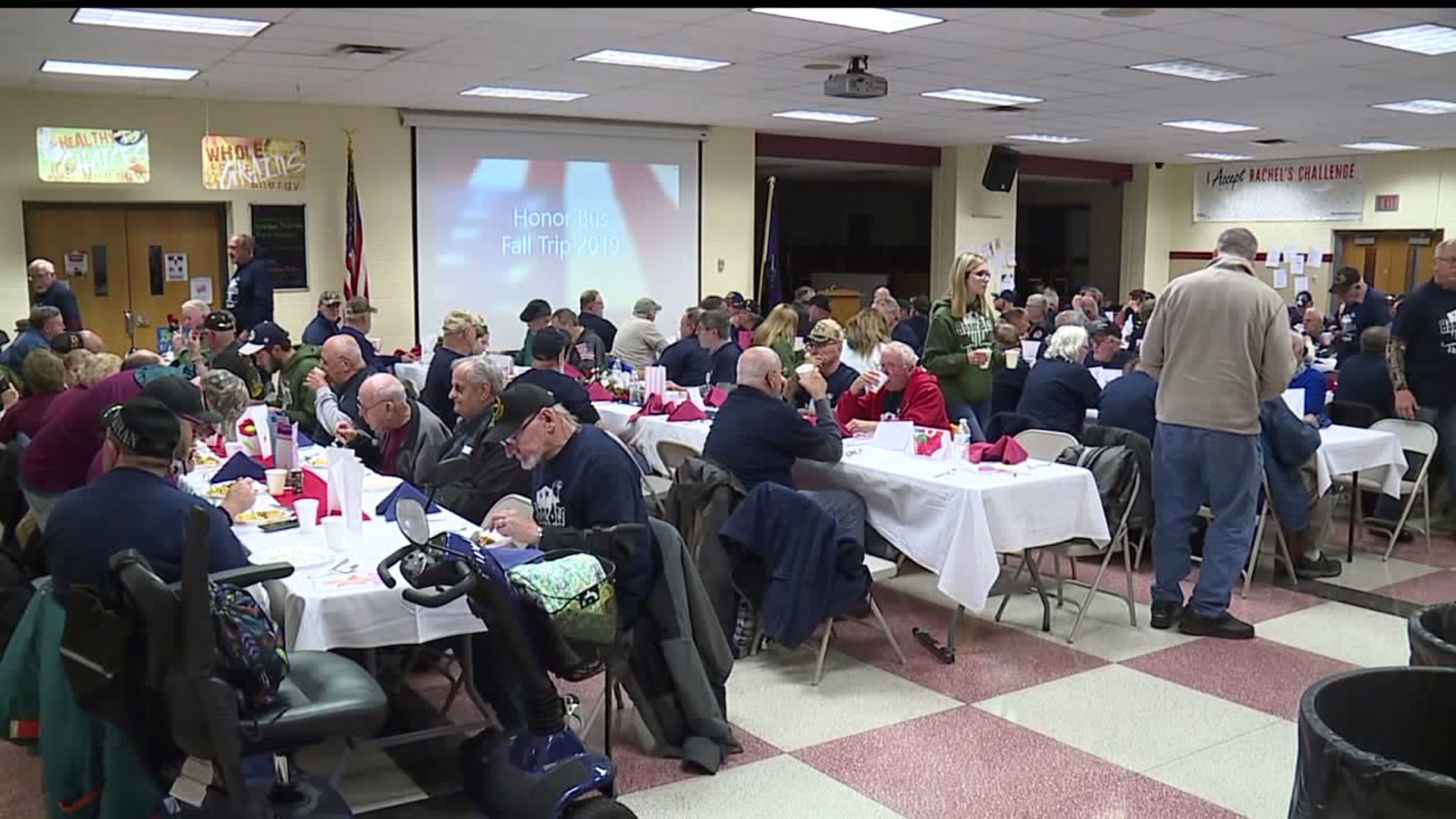 The veterans visited monuments and memorials dedicated to their service in World War II, the Korean War and Vietnam War.

The trip was part of Northeastern High School's Honor Bus project. This was their 16th Honor Bus trip.

Duane Swartz, a history teacher at the high school, started the project in 2011 to honor local veterans.

A group of high school students joined veterans to help them get around.

Navy veteran, Larry Hoffman, said he is thankful and honored to have taken a part of the honor bus.

"It's good to see are still out. And they come out, there's been a lot of times that we in the Vietnam Era were not even recognized, but I see now everything has been opened up that people recognize us and they respect us now," said Hoffman.

The trip was free for the veterans.

"I've had veterans express the fact that they were never proud of their service, never wanted to talk about their service, and I've heard from a few wives that after the fact of taking this trip that they've changed. I think it's part of the healing process for some of these guys, you know, the emotional baggage many have carried for years. It's an opportunity to spend the day, the camaraderie with other veterans," said Swartz.

People lined up the streets as the Honor Bus returned home from the trip.