NORTH MIDDLETON TOWNSHIP, Pa. — A Local veteran was awarded the Purple Heart on Wednesday, 13 years after he was seriously injured during Operation Iraqi ... 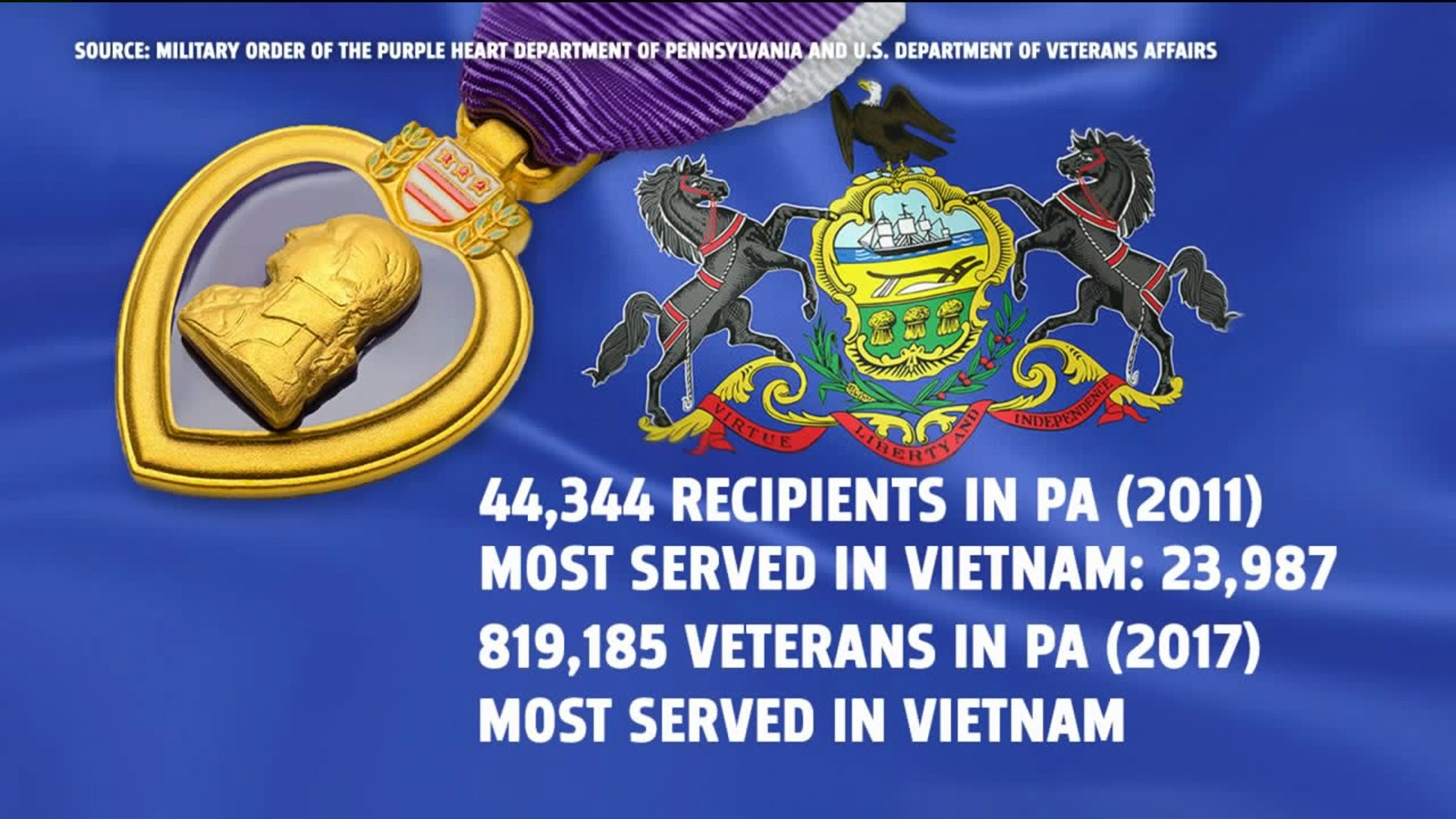 NORTH MIDDLETON TOWNSHIP, Pa. -- A Local veteran was awarded the Purple Heart on Wednesday, 13 years after he was seriously injured during Operation Iraqi Freedom in January 2006.

Former U.S. Army Medic Dave Ott received the award in front of fellow veterans. He told FOX43 he's happy because it finally brings clsoure to something that was a long time coming. "I'm kind of sad too," Ott said, "because this is the last time I'll be getting an award from the military."

The brain injury Ott received from the roadside bomb was mild at first. Two months after he returned home, the conditions became severe. During a trip to Disney with his family, Ott dropped to the ground and ended up in a coma that lasted more than a month.

Ott's wife, Jeanine, said Ott was never properly retired, and only received his Purple Heart through the mail.

It's not the first time a veteran in Pennsylvania has had to wait to properly receive the honor.

Those three are among tens of thousands of Purple Heart recipients in the Commonwealth.

According to the Military Order of the Purple Heart of Pennsylvania, 44,344 recipients of the award lived in Pennsylvania as of 2011. More than half of them, 23,987, served in the Vietnam War.

According to the U.S. Department of Veterans Affairs, 819,185 veterans lived in Pennsylvania as of 2017. Again, most of them served in Vietnam.

Jeanine reached out to the Cumberland County Veterans of Foreign Wars Post 477, asking for a formal ceremony to present the award as soon as possible. On Wednesday, Ott finally got closure. He also received a sword, something he was supposed to get when he retired from the military. for receiving it and the prestigious honor, Ott only had four words, "Thank you very much."