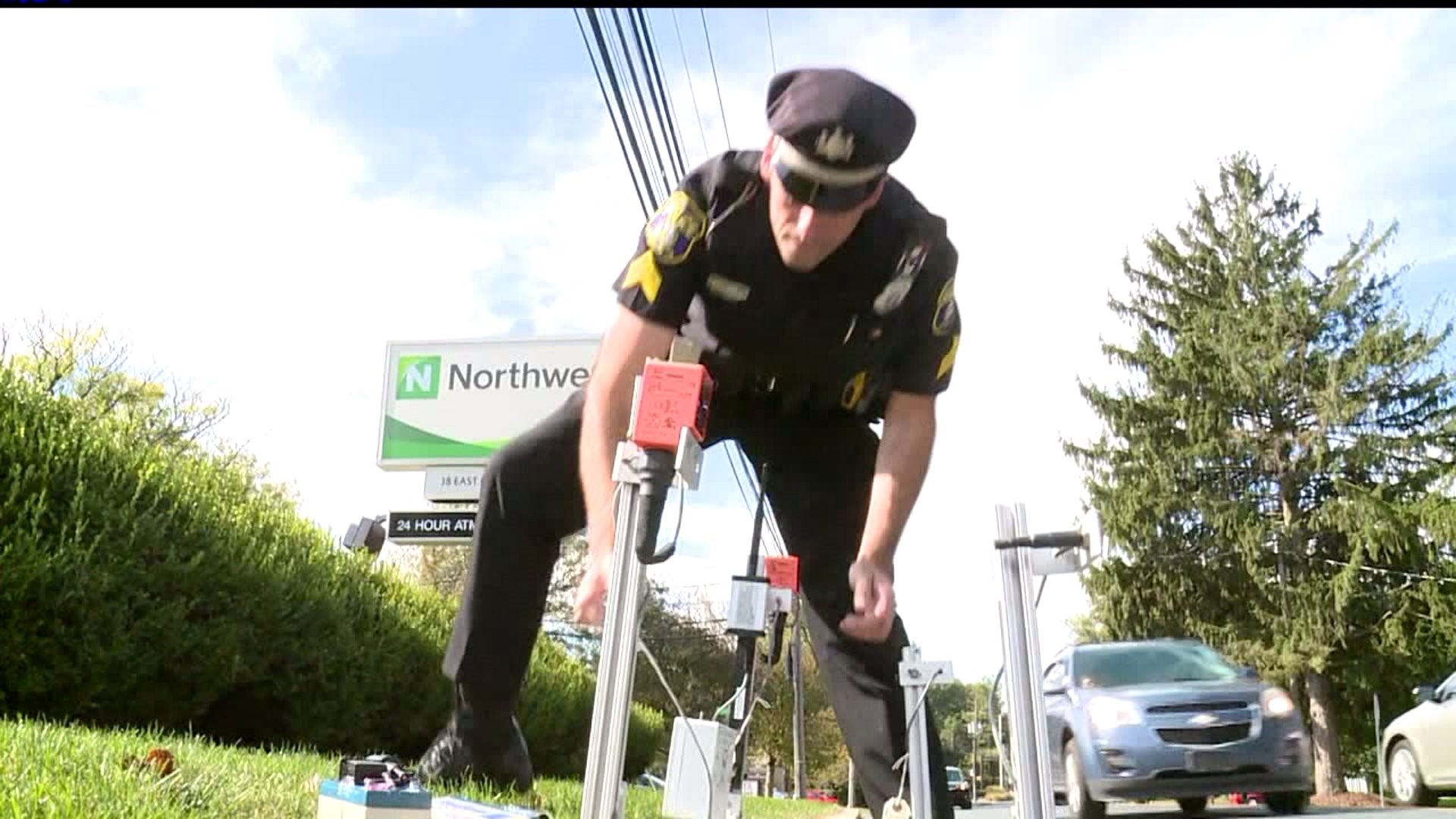 Tuesday afternoon, he did it alone, but normally?

"I have to send out at least two police officers - one of which is tethered to a device and the other has to chase," explained Chief Tom Rudzinski with Manheim Township Police Department.

Officers say it can be difficult and dangerous, especially when they have to chase someone on a busy road.

Not only must they find safe spots to watch cars, they have to make sure the equipment is accurately clocking drivers' speeds.

After someone is caught speeding, officers must put their cars into gear, pull out, and play catch up.

By the time they get close, officers can be miles from where they clocked the driver speeding in the first place.

It's why local police departments want and say they need radar.

"Radar would be a huge help," explained Sergeant Piacentino. "It would open up doors for us."

Pennsylvania is the only state that doesn't allow local departments to use it, but some are optimistic that will soon change.

Rudzinkski is talking about a bill that would allow local police departments to use the technology, if passed.

In fact, Chief Rudzinski is so optimistic it will pass through the House's Transportation Committee and wind up on the governor's desk that he built radar devices into the budget for next year.

"Everybody said I shouldn't do, but I did," Rudzinski told FOX43.

People against the technology believe it could still be prone to errors and say it's another way for police departments to make money.

Rudzinsky says not so fast.

"The minimum speeding violation is $35," he explained. "Of that fine, we get half of that fine, and generally, the rest of the money generally to the state or to where the state has designated those funds."

The chief says it's really about having a better way to slow people down in neighborhoods where current details aren't so effective.

"It is absolutely not about the money," added Rudzinski. "It's about being able to send the officers out to enforce speed and get people to slow down so we reduce accidents and crashes."

Lancaster City released a video on the use of radar in Pennsylvania, which received thousands of views.

Police departments across the Commonwealth shared the video, which you can watch here.