Advocates say there's much more work to be done to fight housing, adoption, health care, public service and more protection from discrimination in the Commonwealth. 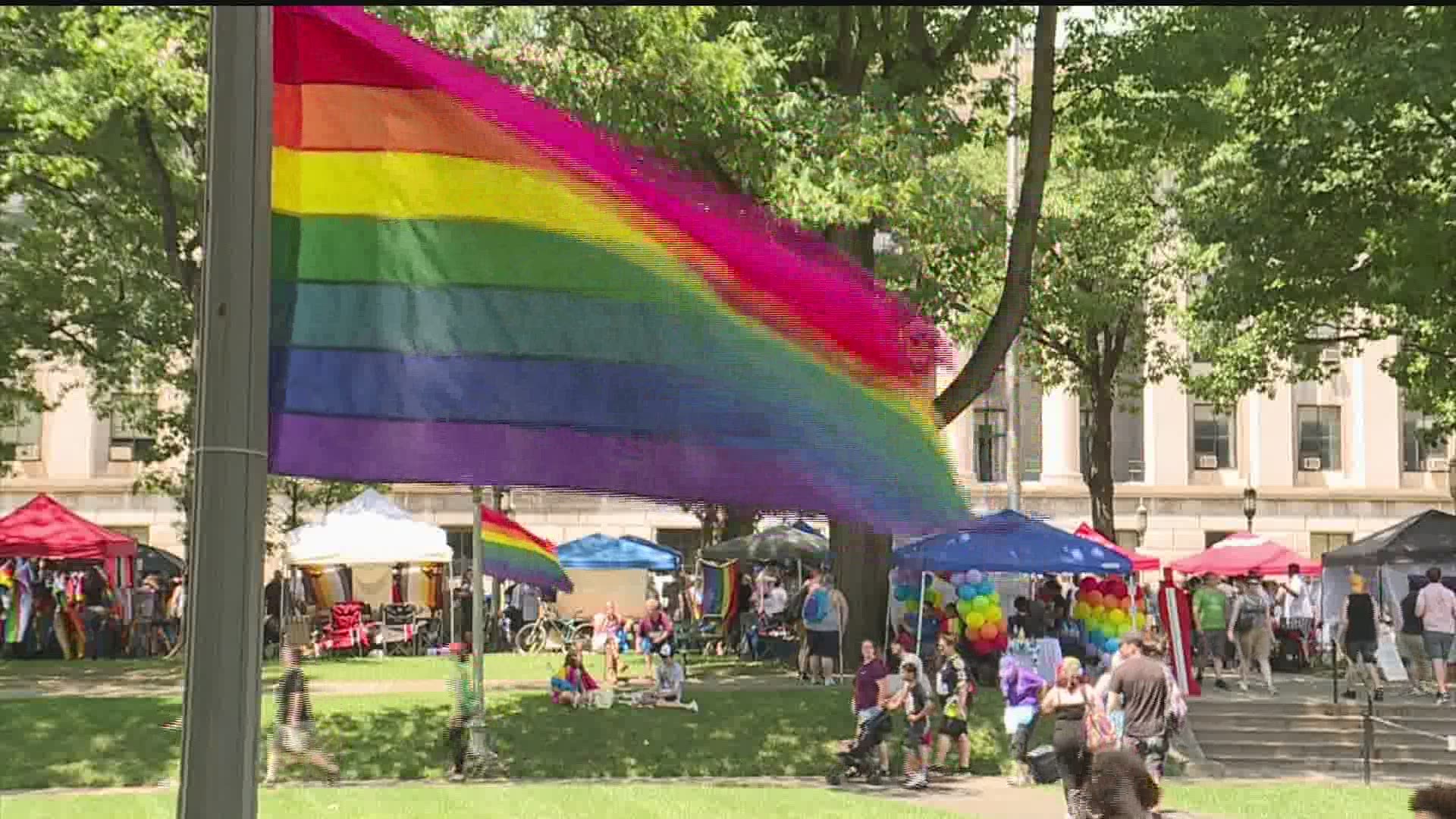 HARRISBURG, Pa. — Monday's 6-3 Supreme Court ruling outlawing discrimination based on sexual orientation and gender identity was certainly a victory in the fight for full equality and discrimination protection for LGBTQ+ individuals in Pennsylvania and across the nation. But local leaders say the battle is far from over.

"Many of us are still absorbing the impact and our own personal reactions to this about what it will mean for our personal lives," Todd Snovel, who served as the first director for the Pennsylvania Commission on LGBTQ Affairs, created by Governor Wolf in 2018, said.

Snovel now serves as the Board Chair for the Lancaster LGBTQ+ Coalition.

"It is combined with a fervor as the work continues," Snovel said. "Now that we have national precedence, it is time that Pennsylvania adopt comprehensive non-discrimination holisticly across the commonwealth."

However, the ruling still only affects one thing -- discrimination in the workplace.

"It doesn't even touch housing and public accommodations," Anne Wakabayashi, Chair of the PA Commission on LGBTQ Affairs said. "The world is our oyster in terms of things we can do. We have a lot to get done in Pennsylvania."

Some topics in the immediate future turn now to policies such as hate crime and outlawing conversion therapy, as well as those pushed by the Trump administration,including: rollbacks on transgender healthcare, LGBTQ adoption rights and issues with housing discrimination.

Snovel reflects on a recent issue with a local retirement facility where a lesbian couple qualified financially, but were turned away because of their sexual orientation.

The couple was told, "based on our belief system and not wanting to upset our residents, you would have to live in two separate apartments," Snovel said.

Personal and religious beliefs serve as the front-line defense for those against non-discrimination policies. Just last year, the Star Barn in Elizabethtown, Lancaster County announced their ban on gay weddings.

"The faith belief of same-sex couples is in direct contradiction to my 2,000+ year church's teaching regarding marriage, which is fully biblically based," David Abel, owner of the Star Barn said. "That's what the first amendment of the Constitution fully protects, the free exercise of religious beliefs."

That assertion has yet to be ruled true by the Supreme Court in a case, and the basis of Title VII could be used as a stepping stone towards the future, local leaders say. Furthermore, the Pennsylvania Commission on LGBTQ Affairs, which has no legal authority and only issues recommendations, argues Abel's assertion is not lawful.

"When your religious beliefs infringe on other folk's rights to access public accommodations, that's where the line is, Wakabayashi said. "When you open a business that serves the public, you need to serve the public."

"We want every LGBTQ Pennsylvanian living, working, thriving in Pennsylvania in the same way with the same possibilities as all of their neighbors," Snovel said.