HARRISBURG, Pa. — UPDATE: A push at the state capital to help children suffering from cancer: Senate lawmakers have passed a bill that would encourage bus... 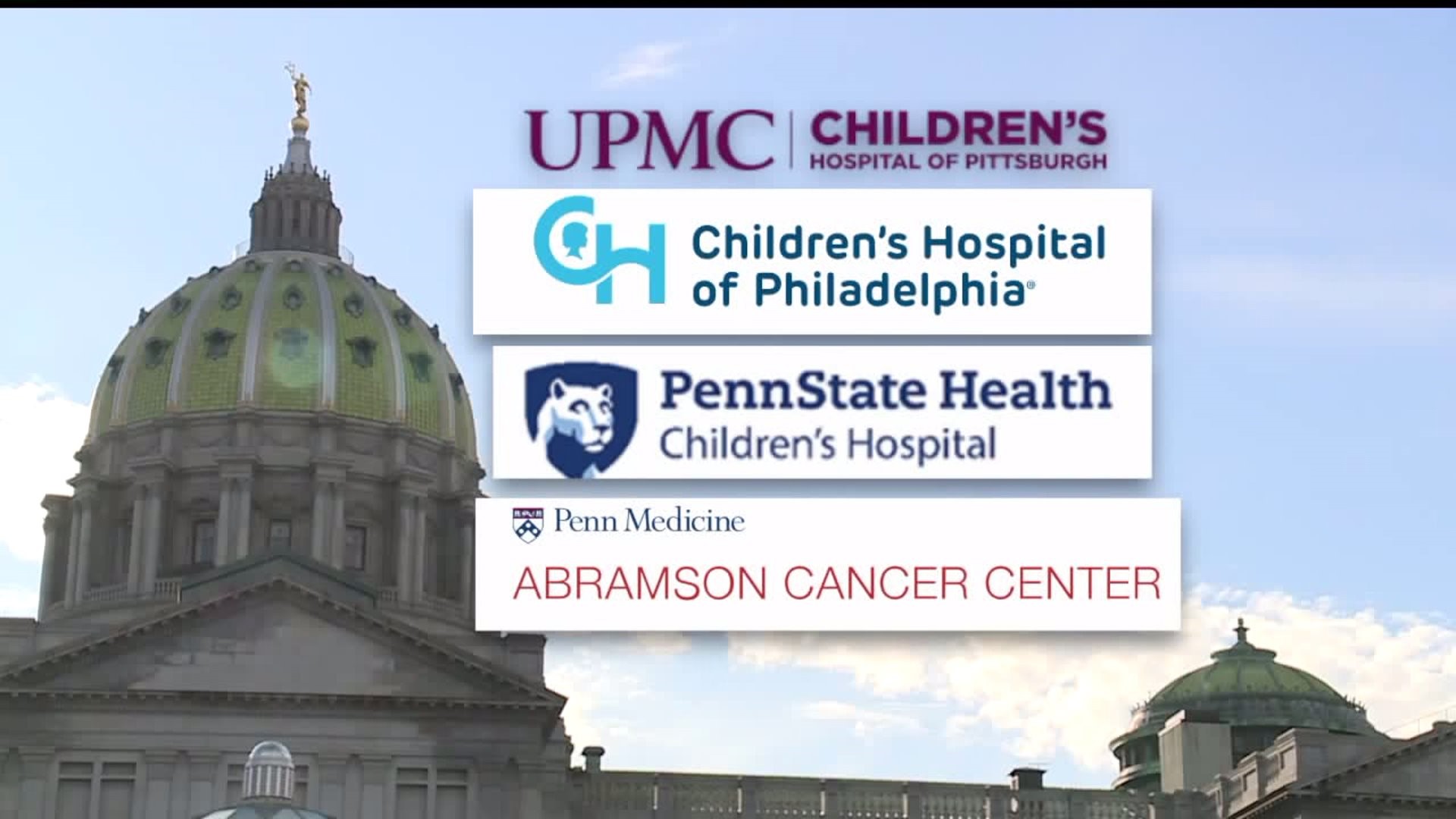 HARRISBURG, Pa. -- UPDATE: A push at the state capital to help children suffering from cancer: Senate lawmakers have passed a bill that would encourage businesses to donate to a Pennsylvania pediatric cancer research hospital.

Now, the bill heads to the house for consideration.

Bill Kohler is a father from York County who has been advocating for this legislation for two years.

The legislation may be close to passing; still, Kohler says it's only a start.

When Bill Kohler's 10-year-old son Ayden Ziegler Kohler passed away from a rare type of pediatric cancer in 2017, Kohler said he had to do something to keep his son's memory alive.

That is where Kohler's journey advocating for pediatric cancer research dollars at the state capital began.

Ayden would be 13-years-old.

"I actually almost did disappear down in Honduras. The first week after he passed. I was like, 'I'm out,'" explained Kohler.

Nearly three years later, there is not a single day that Kohler doesn't think about his son.

He is using his family's loss to help other families with children battling pediatric cancer through his foundation '4AydenStrong', like Senate Bill 74.

"I want modern treatment and cures that are applicable to children and their stages of development that they are at now, what their bodies can take," explained Senator Scott Martin of Lancaster County.

Senator Martin introduced the bill for children like Noelle Weinhold and Ayden.

"I really want this passed so all the kids don't go through what I went through," said Noelle Weinhold, an 11-year-old who battled cancer when she was 4.

"She is a warrior," remarked Senator Martin. "We have a lot of them who are warriors."

"Noelle can attest, you know, she's had to fight her battle with cancer and treatments 50 and 60 years old, and it's long past time we put resources to that," said Senator Martin.

Senator Martin says the program would be capped at $10 million per year over the next ten years, meaning potentially $100 million in private donations over the next decade for research.

"I want more. There is not enough," he said.

According to the Coalition Against Childhood Cancer, it's estimated that only 4 percent of all cancer research dollars go towards research into pediatric cancer

Kohler says that's not enough, and he won't stop knocking on lawmakers doors until it changes.