LANCASTER CITY, Pa. — Lancaster County Government announced some changes at a press conference Dec. 20. With some new faces are coming in next year—like Distric... 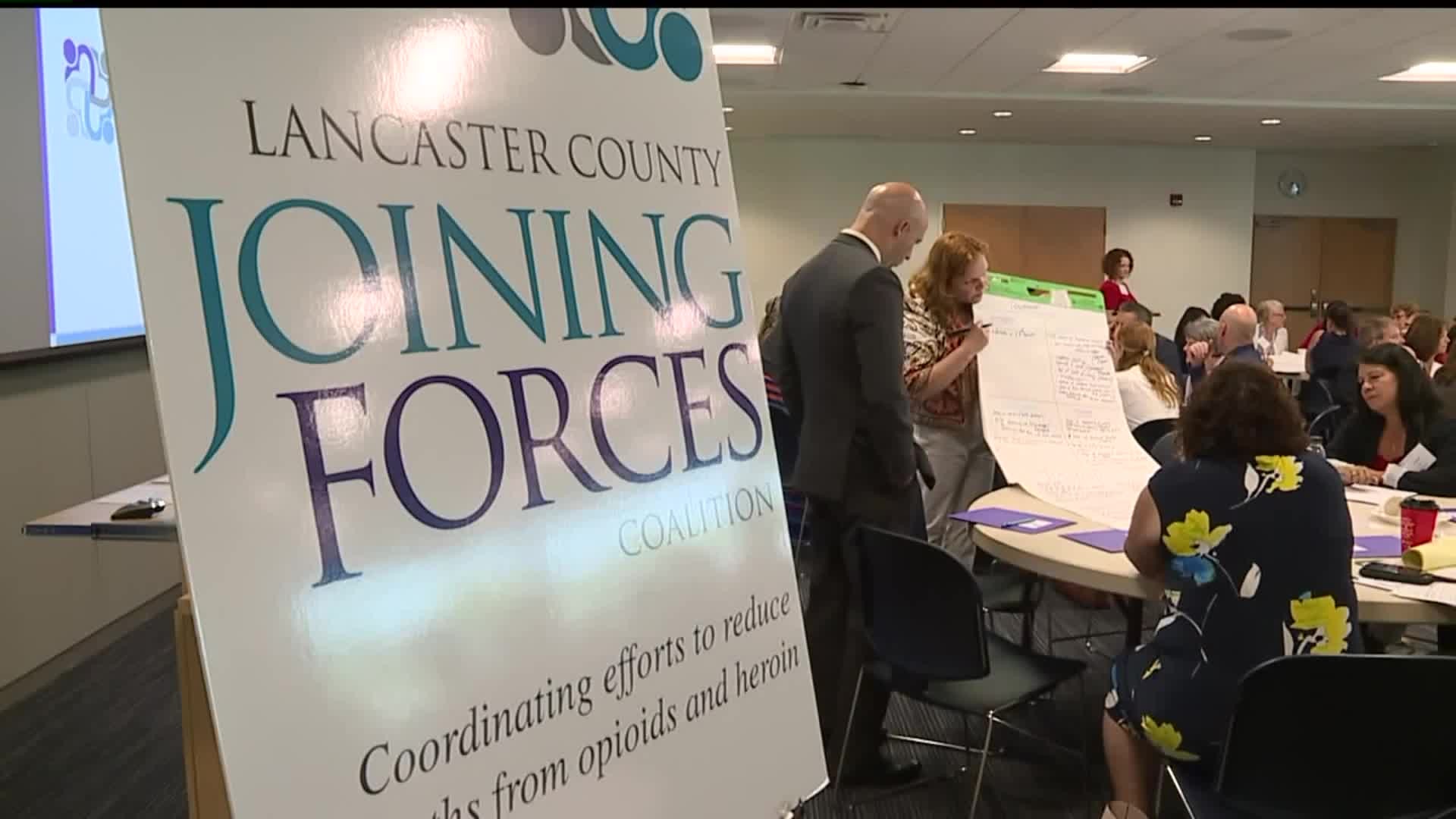 LANCASTER CITY, Pa. — Lancaster County Government announced some changes at a press conference Dec. 20. With some new faces are coming in next year—like District Attorney-Elect Heather Adams and Commissioner-Elect Ray D’Agostino—officials are committing to improve mental health and substance abuse programs in the county.

The District Attorney's office will now participate in Lancaster County Joining Forces Coalition, a local group fighting opioid addiction. While opioid deaths in Lancaster have gone down 36 percent from 2017 to 2018, community leaders said prevention and treatment is more important than ever before.

"The work moving forward to continue that decline is going to be even tougher than it was in the past," said Alice Yoder, a leader of Joining Forces and director of community health at Penn Medicine Lancaster General Health.

County officials also announced a solution for funding the Lancaster County Drug Task Force, which has struggled to maintain a stable budget. The county will still put in $100,000 annually, but it will now also match funding each municipality chooses to put in, up to $517,000.

"In working toward an acceptable solution by all, I would urge all the stakeholders to focus on the necessity of the Drug Task Force and the good work it does to keeping Lancaster County safe," Adams said.

Adams’ new position will put an end to the ongoing feud between  outgoing District Attorney Craig Stedman and the Board of Commissioners. The two parties disagreed on some spending of county drug forfeiture funds, specifically Stedman's use of the funds to lease a government car.  Drug forfeiture funds also help pay for the Drug Task Force.

"While it may have seemed over the last year that we were ignoring the issue of the Drug Task Force funding or moving far too slowly for some, we were not," said outgoing Commissioner Dennis Stuckey.

D.A.-Elect Adams said she wants to work together with all elected officials.

"I want to be transparent, yes," she said.

The commissioners said they were also excited to work with Adams and that they were "encouraged by the cooperative spirit."