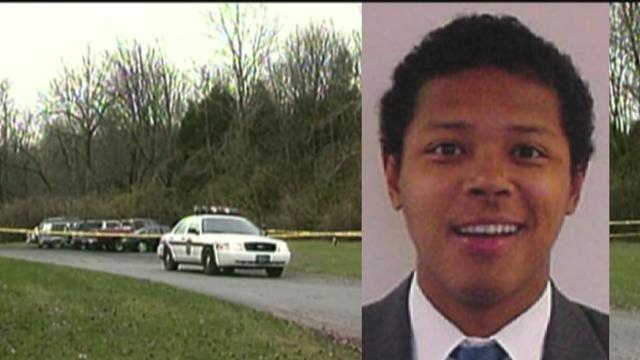 Jonathan Luna, a federal prosecutor from Baltimore, Maryland was 38-years-old when his body was discovered in December 2003 in a stream along Dry Tavern Road in Lancaster County.

“He had a backbone and he wouldn’t back off and it cost him his life,” said William Buckingham, private investigator. “He wound up in Lancaster County and he wound up dead,” he added.

Luna was stabbed 36 times and his throat had been slit.

Lancaster County’s Coroner later ruled the death a drowning and the manner of death a homicide.

A private investigator on the case, William Buckingham who is a former police detective, says he believes there is more to the case than what officials are letting on.

“I know who sanctioned it, who did it, and who was behind the hit, if i know it why don’t state police know it?”

Buckingham says last week he filed a right to know request for coroner records but his request was denied.

However, the documents were found in the basement of Lancaster’s Government Center.

Lancaster County’s District Attorney then requested to seal the records, which was later granted by a judge.

“You have a cover up which is what I think this is, both by the FBI and the Pennsylvania State Police,” said Buckingham.

According to police, in the hours leading up to Luna’s murder, he was working on a plea deal in a Baltimore drug case at the courthouse.

Luna left his office just before midnight but never made it back home to his family.

“Whoever went into that court house and took him out, was either known by security or had a badge,” said Buckingham. “We don’t know what he would be doing in that area on his own. The body was dropped off there for a specific reason, and his car, there was another car involved and it had to be the getaway car.”

The Lancaster County District Attorney’s Office turned down FOX43’s request for an interview. In a statement spokesperson Brett Hambright wrote:

“We are declining to comment outside of court procedure.”

Lancaster County’s Coroner says he was surprised to find out the records were in Lancaster all along.

“Since I took office 12 years ago, we never had possession of those charts,” said Dr. Stephen Diamantoni. “I had been told the physical chart and physical records had gone to the FBI. Previously when we had requested the records we were told there were no Jonathan Luna records in the archives.

Buckingham says he’d like to see the case solved.

“He has a wife and two kids at home he never got justice,” said Buckingham. “I’ve made up my mind and i will not rest until this case is solved.”