Robocall revenge: How you can stop the calls

In the month of April, Pennsylvanians tried to dodge around 160 million robocalls. Consumers can outsmart scammers with these simple tips. 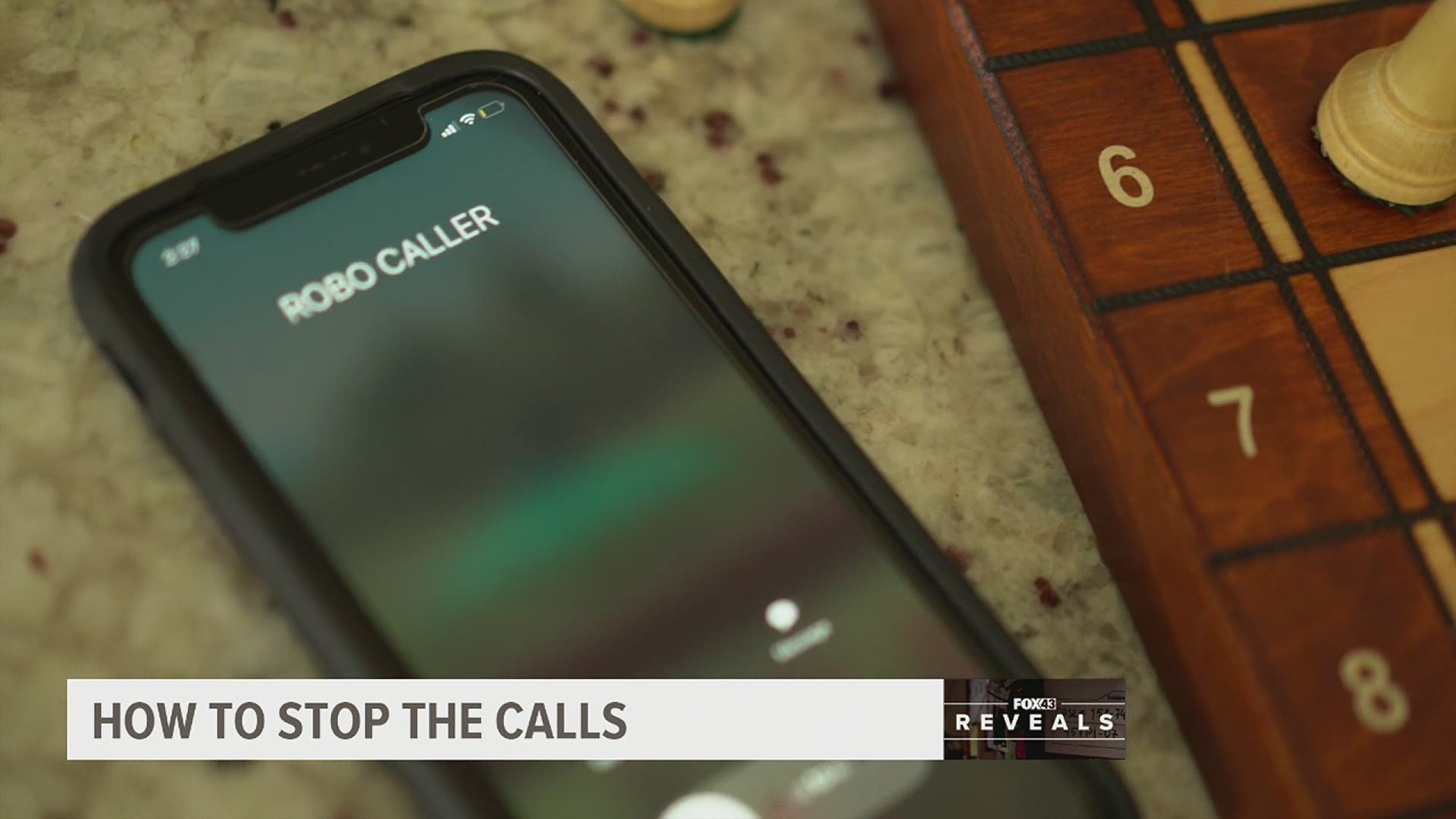 HARRISBURG, Pa. — Nearly half of all mobile calls in the U.S are robocalls, according to data from YouMail, a company that develops robocall blocking software. Money lost to scammers is skyrocketing too. Officials with the Federal Trade Commission said the number of complaints they are getting suggests the problem is getting worse. FOX43 Reveals what you can do to stop the calls.

In the month of April, Pennsylvanians tried to dodge around 160 million robocalls. Robocalls hit record highs before the pandemic and they are ramping up again. The financial cost is spiraling too.

“Robocalls, you can definitely give up information that’s detrimental to you, your finances,” said  Markee Campbell, who gets hounded by robocalls.

FOX43 Reveals how you can stop the calls.

Tip number one: put your number on the Federal Trade Commission’s Do Not Call list.

The Do Not Call Registry stops sales calls from real companies. The Registry is a list that tells telemarketers what numbers not to call. Violators can be fined up to $42,530 per call.

However, most scammers do not care about the Do Not Call list. The list can’t stop calls from scammers who ignore the DNC Registry. Even people who work at the FTC are sick of it.

“I’m just like you and everybody else in America. I get them while I’m at work. In the middle of suing robocallers, I get the robocalls on my personal cell phone,” said Ian Barlow, an attorney in the FTC Bureau of Consumer Protection.

Tip number two: hang up as soon as you get a robocall and block that number.

If you get an illegal robocall, hang up. Don’t press buttons to be taken off a call list or to talk to a live person. It might lead to more unwanted calls. Instead, report it to the FTC.

One reason people get a lot of unwanted calls is because it’s easy and cheap for scammers to call people anywhere in the world. There are different call-blocking options for mobile phones, traditional landlines, and landlines that use the internet (VoIP).

You can find a list of call-blocking apps for mobile phones at CTIA's website, the U.S. wireless communications industry. For company-specific information about blocking calls on landlines and phones that use the internet, go to the Federal Communications Commission's Call Blocking Resources. You can also call your phone carrier and see what spam filters they offer on your network.

Unfortunately, scammers are merging computer and phone technologies to spoof fake numbers in order to get around call blocking software. A proposed Pennsylvania State Senate bill looks to ban spoofing, but it has not made it to the floor for a vote this year.

Officials with the @FTC say the number of complaints they are getting suggests the problem of robocalls is getting worse. #FOX43Reveals how you can stop the calls, tonight at 10:00 on @fox43 pic.twitter.com/LXuQG4Lasg

The FTC still wants you to report a spoofed number from your caller ID. In some instances, the FTC and other law enforcement agencies can still trace the call based on the information you provide. The complaint helps because the FTC analyzes complaint data and trends to identify illegal callers based on calling patterns. They also use additional information you report, like any number you’re told to call back, to track down scammers.

You could cash in on some of these robocalls. First, you have to prove it’s a robocall. Then, consumers can sue under the Telephone Consumer Protection Act.

“And so if you get a call that is playing a recorded message, trying to sell you a good or service, and unless you have given that company explicit written permission to place a robocall to you, then that call is illegal,” said Will Maxson, assistant director of the FTC’s Division of Marketing Practices.

An app called Do Not Pay promises to turn the tables on the robocallers. Consumers could get up to $3,000 per call. The app starts by making sure the user is on the Do Not Call Registry. Then, the app does the suing for you.

Click here to search your city or area code to see if you are getting more robocalls than the average person. You can also see what type of calls you are likely getting the most.

RELATED: Robocalls: All the rage