With police training under intense scrutiny nationwide, more men and women in law enforcement are training in Brazilian Jiu-Jitsu. 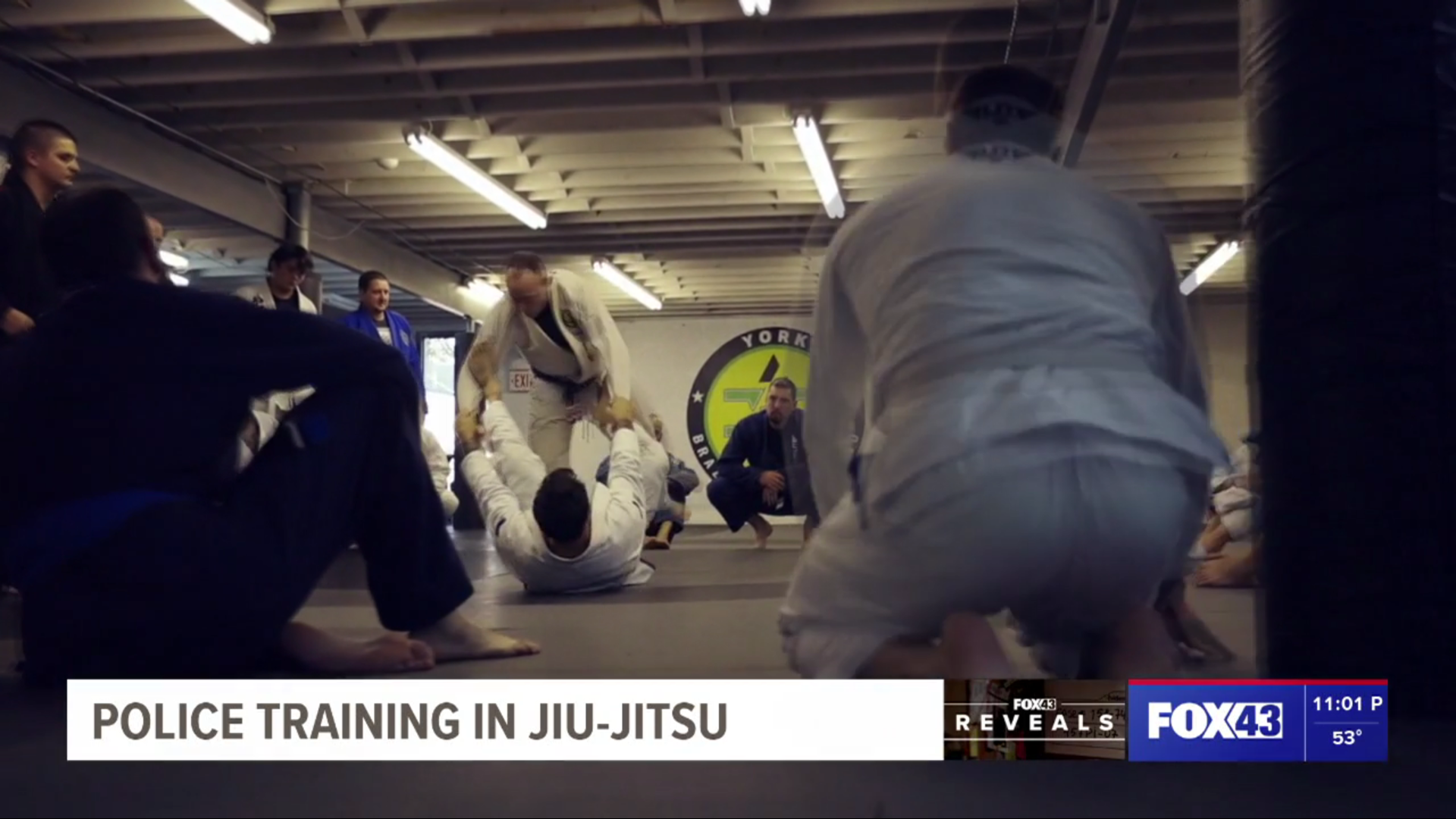 YORK, Pa. — Police tactics are in the spotlight after protests gripped the nation. States—including Pennsylvania—have passed police oversight bills since the killing of George Floyd, but calls for change continue. A new type of police training is gaining traction. FOX43 Reveals how Brazilian Jiu-Jitsu could become an integral part of police training and help officers avoid the use of force.

Brittany Inkrote is a purple belt in Brazilian Jiu-Jitsu. She has been training for about seven years and is a strong competitor. Her training also helps in her job as a York City Police Officer.

“A lot of my competition style also relates to things on the street of controlling somebody, being able to control a position and be confident with it. Knowing what I’m doing,” Ofc. Inkrote said.

Brazilian Jiu-Jitsu is a form of ground-based martial arts. It uses leverage, angles and timing to secure a non-violent submission of one’s opponent. It focuses on joint locks and other techniques.

“Personal space is right out the window because you’re learning how to use your body weight, how to use your size and it doesn’t really matter if you’re big or small,” Ofc. Inkrote explained.

Brazilian Jiu-Jitsu training may be the closest simulation to a real-life encounter. Most officers do not get this type of training exercise once they graduate from the police academy.

“In law enforcement, we do defensive tactics once or twice a year and it’s maybe four hours at the most,” Ofc. Inkrote added.

“The major benefit for law enforcement, no doubt, is that it’s grappling. It’s controlling. You’re not punching, you’re not kicking. It relates to not only how you do it correctly, but it’s what the public wants,” said Lt. Anderson. “They want their police trained. They want them professional and jiu-jitsu just amplifies that. It’s what it focuses on.”

Marietta Police Department out of Georgia mandated weekly jiu-jitsu training for all news hires and later expanded the initiative to a total of 95 officers. Within one year, the department reported a 23 percent drop in taser deployment and a 53 percent drop in serious injuries to a suspect. The study also found that the officers who were training in Brazilian Jiu-Jitsu were 59 percent less likely to engage in use of force.

However, not all police departments can afford extensive training. A nationwide program called “Adopt a Cop BJJ” aims to lessen the burden of costs on officers. It is teaming up with gyms across the country to offer free Brazilian Jiu-Jitsu training to active members of law enforcement as long as they train four times a month. The UFC Gym Lancaster is one of many local gyms affiliated with the non-profit organization.

Classes at UFC Gym Lancaster are instructed by Shurron Thompson, a black in Brazilian Jiu-Jitsu. He’s known martial arts since he was four years old and used to be a training instructor while in the Marine Corps Martial Arts Program.

“It’s not like any other martial art, Brazilian Jiu-Jitsu. Once you get involved with it, you start to fall in love with it and it just starts to become a part of who you are,” Thompson said.

Thompson has been training in Brazilian Jiu-Jitsu for 16 years. He believes it can give law enforcement the training they need to make split-second decisions without reaching for a weapon.

Many people view the martial art as a potentially critical part of crisis intervention and de-escalation training. Brazilian Jiu-Jitsu has so far proven to be effective for many officers, including Inkrote.

“I do not have any use of force reports or things like that,” Ofc. Inkrote said. “If you come across professional and you know what you’re doing, people can tell that.”