Americans waste a lot of food. Here's what can be done | FOX43 Reveals

As much as 40 percent of food ends up in the trash, according to the U.S. Department of Agriculture, costing consumers about $161 billion a year. 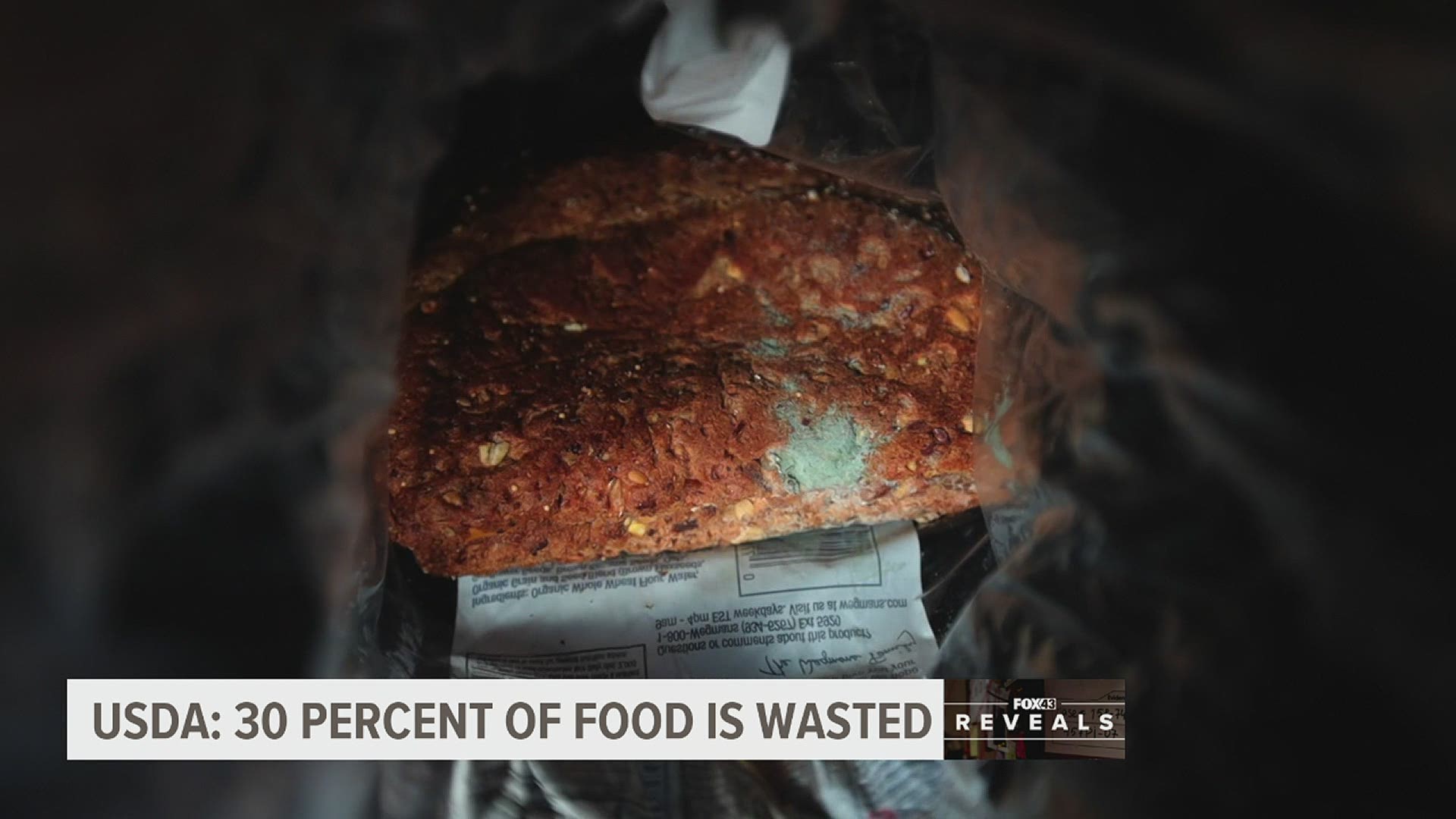 LANCASTER, Pa. — Food banks across the country are working in overdrive to fulfill requests from the overwhelming number of Americans facing food insecurity. For some food pantries in Pennsylvania, the need is still way above anything they have ever seen before.

Every Wednesday afternoon, volunteers at Crispus Attucks Community Center in Lancaster pack around 200 boxes with fresh and frozen foods to distribute to local families. The center’s pantry is served by the Community Action Partnership (CAP) of Lancaster County. Josh Hunter, the center’s director, said the need hasn’t slowed down since the start of the pandemic.

“It hasn’t and I think some of the time it’s kind of increased because just talking to some of the people, some of them say it’s between getting food or paying a bill,” Hunter said.

Though millions of families are facing food insecurity, America has a food waste problem. According to the U.S. Department of Agriculture, as much as 40 percent of food ends up in the trash and the department said families toss out $161 billion worth of food each year. FOX43 Reveals the steps you can take to prevent food waste.

An average family of four spends nearly $300 a month on food that they don’t eat, the USDA reports. People often toss away food—and money— because there’s a date from the past printed on the product. The food may still be good to eat.

Currently, there are no federal regulations for date labeling. FOX43 Reveals the “Use By” dates we see on products today are not about food safety.

“It’s mostly about food quality,” said Martin Bucknavage, Senior Food Safety Extension Associate at Penn State Extension. “The shelf life on there is what the manufacturer does to ensure that the product is going to be good quality. They want the customer to buy that and eat that when it’s the best, right?”

In fact, the USDA only requires a “Use By" date on one product: baby formula. The federal government comprised an eye-opening list that shows how long food is safe to eat. The U.S. Department of Health and Human Services deems leftovers are good to eat for about four days. They expect chicken to last two days in the refrigerator, but up to nine months in the freezer.

“That’s always a good way to go through, especially with perishable items. If they’ve been in your refrigerator for two or three days and you’re like ‘oh I’m tired of it.’ Well, freeze it.” Bucknavage suggested.

Overbuying is also part of the problem. Bucknavage suggests trying to purchase only what you need for the week to cut down on waste and your grocery bill.

CAP of Lancaster County is also finding new ways to prevent waste and serve more families in need. The non-profit was recently awarded a food recovery grant from the Department of Environmental Protection to buy a refrigerated truck. CAP will use the truck to distribute food to local pantries and pick up donated food from its partners or local businesses.

“If we got a call, say from a bakery, in the past we would have to say we just can’t do it. Now, once we get our distribution procedures moving, we’ll be able to take some of those donations to CAP,” said Kim Sullenberger, Health and Nutrition Impact Team Leader at CAP.

How you store your food is equally as important to cut down on waste and there’s an app for that. The USDA launched the Foodkeeper app, which has information on how to safely store different foods to maintain freshness and quality.

Also, five GIANT stores in Pennsylvania have reached zero waste, meaning 90% or more of a store’s total waste is being diverted from a landfill or incineration. GIANT has partnered with the Central Pennsylvania Food Bank for 35 years. The company’s “Meat the Needs” program is the cornerstone of that partnership.

Here’s how it works: GIANT meat managers pull the meat just ahead of the expiration date and place it in the store’s freezer. The perishables team picks up the donated meat, where it is returned to the distribution center, sorted and delivered to the food bank partners by GIANT. This product is safe, consumable food that GIANT would be just as proud to sell to customers.

FOX43 Reveals issues that affect you and your family to keep you informed. Do you have story you want us to investigate? Send us a confidential email at FOX43reveals@FOX43.com.

RELATED: FOX43 Reveals: Why you should test your home for radon