The 1918 Spanish Flu killed about 50,000 Pennsylvanians. Public response to a deadly virus seems barely to have changed in the last century. 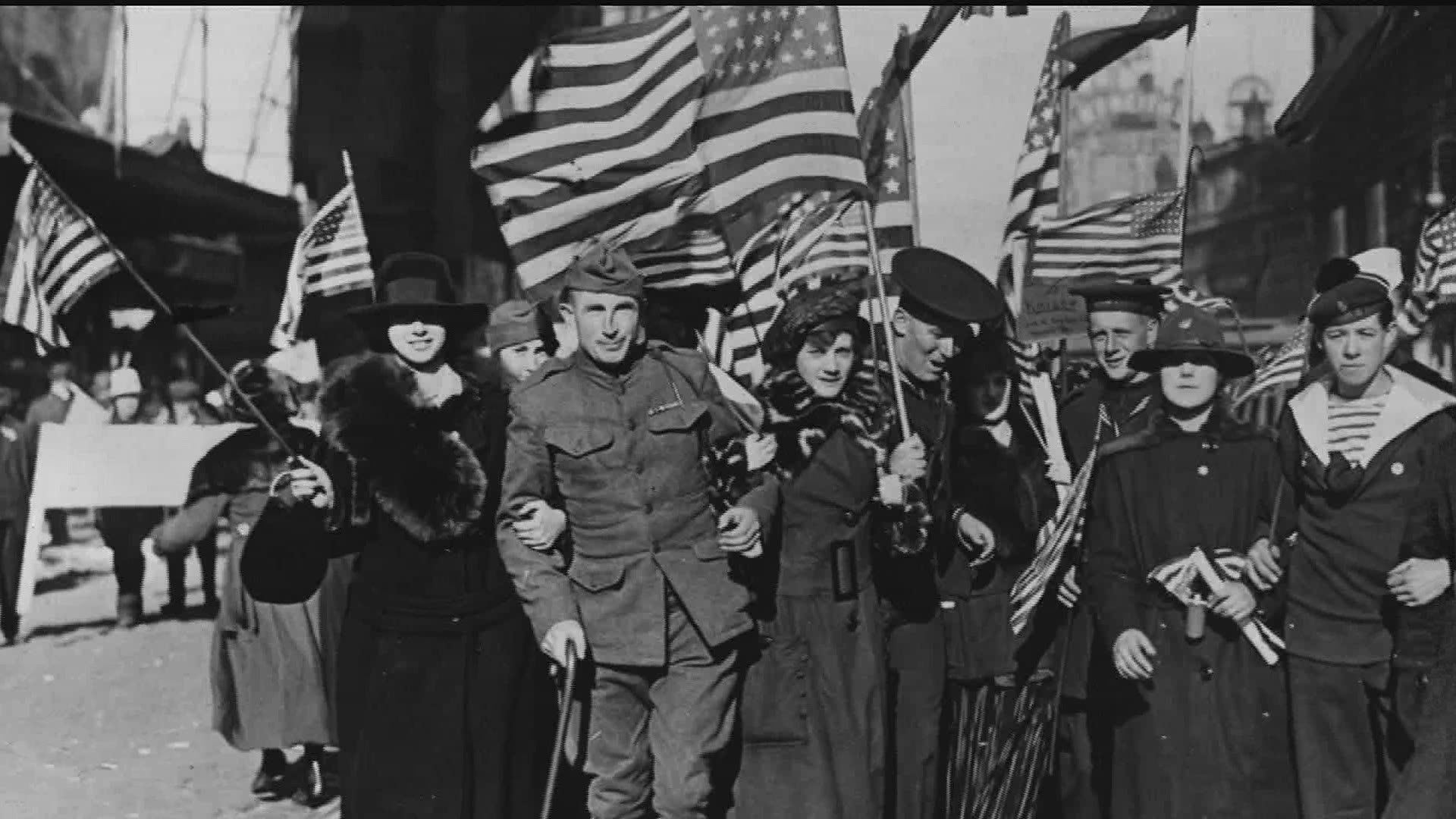 ADAMS COUNTY, Pa. — More than 100 years ago, hundreds of U.S. soldiers mysteriously came down with the flu at Camp Colt in Gettysburg.

It was late September in 1918 and the second wave of the Spanish Influenza hit the town with a vengeance.

“One of the newspapers said it’s reaping a harvest of death. Camp Colt had to be quarantined,” said Thomas Soltis, an assistant professor of sociology at Westmoreland County Community College.

Dr. Soltis studied the 1918 Spanish Flu Pandemic for its 100th anniversary. He compiled newspaper articles and stories from Pennsylvania families impacted by the virus into a book called “An Unwelcome Visit from the Spanish Lady.”

RELATED: These states have issued stay-at-home orders. What does that mean?

The public response to a deadly virus has not changed much in the last 102 years.

“In terms of preventing its arrival or a quick development of a vaccine, no. The same procedures that were used then, are being used today,” explained Dr. Soltis. “The stay-at-home [orders], the social distancing, the closing of the schools, the churches, all of the businesses—very similar to what was done in 1918. It is hauntingly similar to what’s happening now.”

On October 4th, 1918, Pennsylvania Commissioner of Health Dr. B.F. Royer issued a gathering ban. By then, hundreds of people had already fallen ill. Communities ran out of caskets. Many families were forced to bury their own.

More U.S. Soldiers died from the flu than were killed in battle during World War I in 1918. The statewide death toll grimly climbed to about 50,000 people.

“At its peak, Pennsylvania averaged 1,000 deaths a day. In addition to the deaths, by the end of the outbreak, Pennsylvania had 45,000 orphans," Dr. Soltis declared. "Every life in some way was impacted by this disease.”

Closed businesses and schools, like Xavier Hall in Gettysburg, were turned into emergency hospitals to care for patients sick with the flu. Dr. Soltis said there were more than 200 emergency hospitals created throughout Pennsylvania during the Spanish Flu Pandemic.

“Public health leaders have always been saying we need to plan for this,” stated Dr. Soltis. “I know I would say during my presentations that it wasn’t a matter of if, but when we were going to see something like this because of the speed of travel and everything that we have. I don’t know that those warnings were taken seriously enough.”

In the face of a global pandemic, Pennsylvania families showed resilience. Dr. Soltis sought out those stories in his book.

“I have a story of a woman whose husband died. She had five children under the age of five. She had 10 siblings and for the rest of her life, they were helping her, supporting her, encouraging her,” said Dr. Soltis, sharing the story of the grandmother to Christine Carson Filipovich in East McKeesport.

Filipovich said that it was likely her grandmother’s legendary sense of humor that kept life in perspective for the family.

RELATED: Gov. Wolf issues statement on Commitment to Fair and Equitable Treatment of all Pennsylvanians during COVID-19 pandemic

We also hear about neighbors buying supplies for families in quarantine, and how nurses and Red Cross volunteers risked their lives to restore morale. These are the stories Dr. Soltis wants people to remember, now especially.

“They did what they had to and I think we want to commemorate that. That as difficult as it is and as trying as it is, we will get through the other side. It will be different, but we’ll have a resilience also. We will pick up the pieces and go on,” Dr. Soltis explained.

Today, people are finding ways to connect with one another and support their neighbors in this time of crisis.

Though medical technology is more effective than what was in 1918, there are concerns that the number of hospital beds, healthcare workers and protective equipment, is almost as limited as it was a century ago.

FOX43 Reveals issues that affect you and your family to keep you informed. Do you have a tip that needs to be investigated? Or documents we should look into? Send us a confidential news tip at FOX43Reveals@FOX43.com.