The narrative | Birth of a militia

The militia movement is shaped by the narrative—the story told and the people telling it. 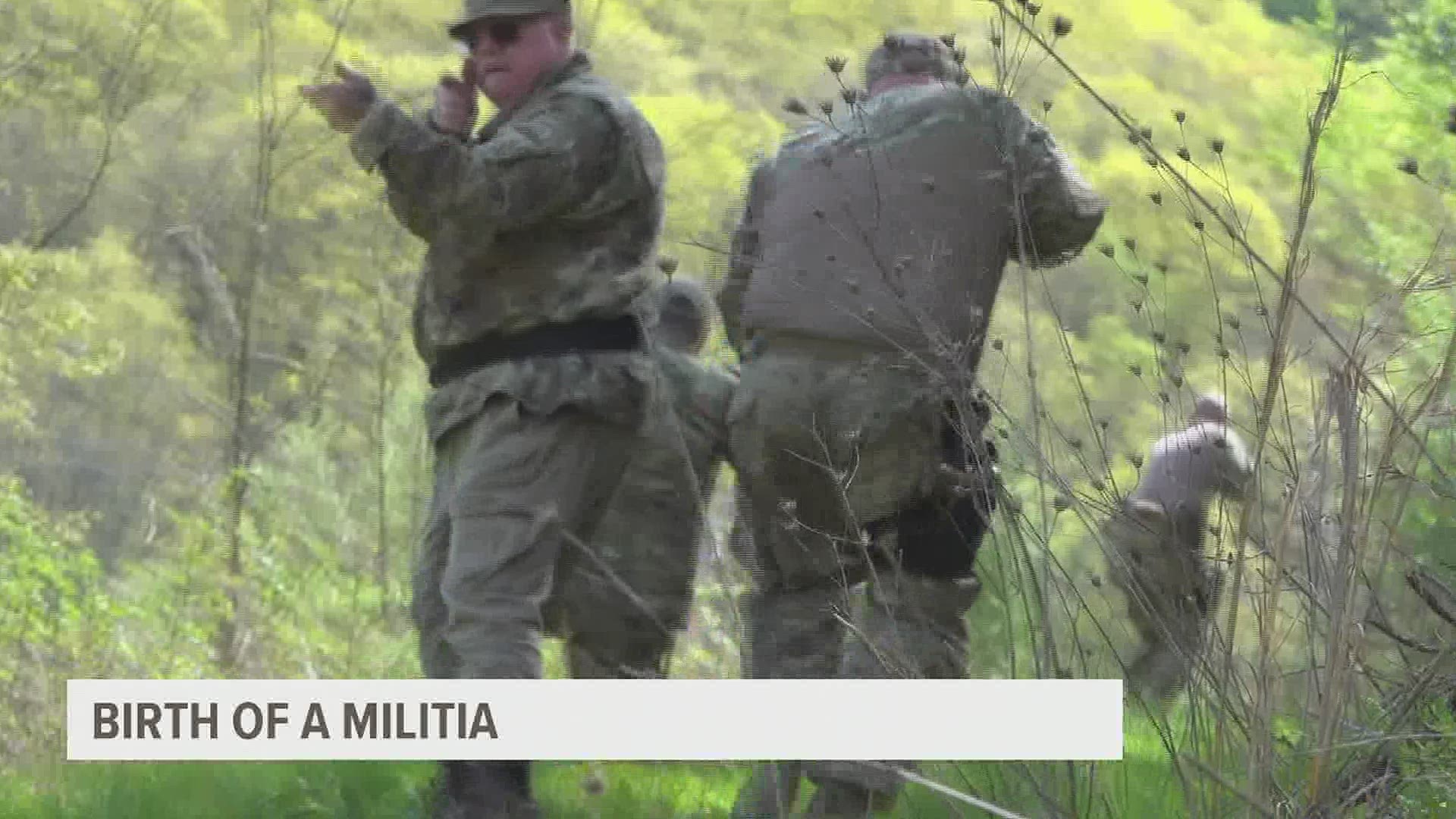 DUNCANSVILLE, Pa. — Members of the Pennsylvania Volunteer Militia may be dressed for war, the true battle they face is of words and ideas. The modern militia movement has often been branded as extremist and anti-government, which is true in many cases. PVM members want to change those labels.

“Where we get the bad rap at, is we get told we're all anti-government. We're insurrectionists. We're not,” said Pennsylvania Volunteer Militia executive officer Bob Gardner. We care about the communities we live in and we're out to help maintain control within them and help assist where needed in our communities if things go wrong.”

The militia movement is shaped by the narrative—the story told and the people telling it.

The first narrative, the one that built the modern militia movement, describes a tyrannical government, disturbing conspiracy theories and those who won’t take it lying down. That narrative attracted the attention several PVM members.

“I bought into what a lot of Alex Jones said,” said PVM founder and commanding officer.

“There was a special on the Discovery Channel called... something about militias across America, something that got me interested and I joined a group,” Gardner said.

As the militia movement rose in prominence through the 1990s to today, another narrative emerged: racist right-wing extremists who want to overthrow the government.

“They have no legal authority. They are, in essence, a posse, an armed posse,” said Jeff McCausland, a retired U.S. Army Colonel, former Dean of Academics at the U.S. Army War College and current visiting professor of international security studies at Dickinson College in Carlisle.

“The media does demonize us as a bunch of insurrectionists,” Gardner said. “There are a lot of bad groups out there that fit the bill, that give that image, just like what happened in D.C. back in January.”

Pennsylvania Volunteer Militia was not at the U.S. Capitol riot on Jan. 6, 2021.

“None of us were going anywhere near it,” Yingling said.

But in the ensuing media attention, Yingling said many groups went underground. He believes that is the wrong course of action, and that sharing his mission with media and the world is the only way to correct what he said was a false narrative.

“I tell all these militias right now, ‘Don't hide. Don't go underground, stand up, stand up for what you believe in, you know, and shout it from the top of the highest hill,’” Yingling said.

Yingling and Gardner said they were deplatformed from Facebook and Youtube, which is why they’re more determined to speak to the media. They said media exposure could amplify their narrative of a community organization protecting individual liberties.

So far, he said, it’s working. Within days of its founding, the Pennsylvania Volunteer Militia doubled its still small membership to about 12.

For the vision to grow further, PVM has to make other militias believe their narrative. That’s an uphill battle in the current political climate of extreme views. But if PVM can redirect the purpose and energy of some people in these armed groups, they believe they have a fighting chance.