HARRISBURG, Pa. – Harrisburg Police are asking people to keep an eye out for people illegally riding ATVs and dirt bikes on streets. This past weekend, ne... 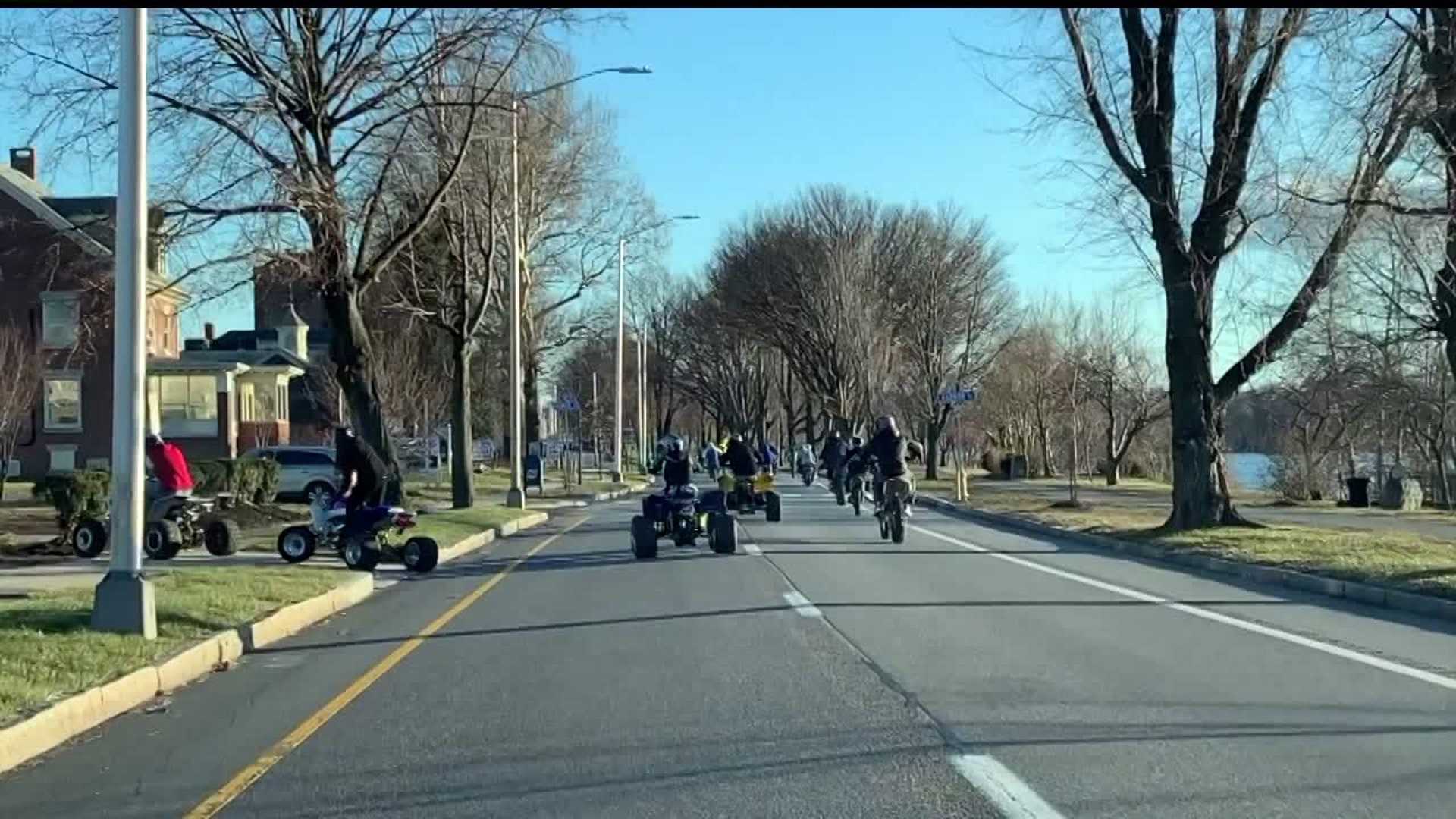 HARRISBURG, Pa. - Harrisburg Police are asking people to keep an eye out for people illegally riding ATVs and dirt bikes on streets. This past weekend, nearly two dozen riders were caught on camera driving illegally on Front Street.

"It's alarming to see that many motorcycles and ATVs on the roadways," said Sgt. Kyle Gautsch, Harrisburg Police. "Especially a roadway as commonly used as Front Street."

Sgt. Gautsch says, most of these ATVs and dirt bikes don't meet motor vehicle code requirements to be driven on the streets.

"It creates a humongous traffic hazard for illegal operations for those bikes and ATVs," said Sgt. Gautsch. "But also those other vehicles on the roadways that are licensed properly."

Creating traffic and safety problems is exactly what Niki Mullin, who lives in Harrisburg, tells FOX43 she's witnessed from these illegal riders in the last decade.

"They run through the red lights, they run around the car," said Mullin. "They'd run up and down the streets, up and down the blocks at all hours of the night. They'd go the wrong way down a one way street. It's just not safe for any motorists."

Police say they are constantly working to catch these riders, but without license plates it's difficult. The riders also do things to try and prevent police from catching them.

"We've seen a growing trend in the operators wearing masks," said Sgt. Gautsch. "So, they know that we're out there, we're trying to get them, we're trying to identify who they are and hold them accountable for this."

Police say if you do see these illegal riders out, call 911. They are hoping to find out where all these riders meet and catch them there before they head out on the streets.