DAUPHIN COUNTY, Pa. — The trooper shot in Northern Pennsylvania during a welfare check Tuesday is expected to be okay. Officials say a man shot him in rur... 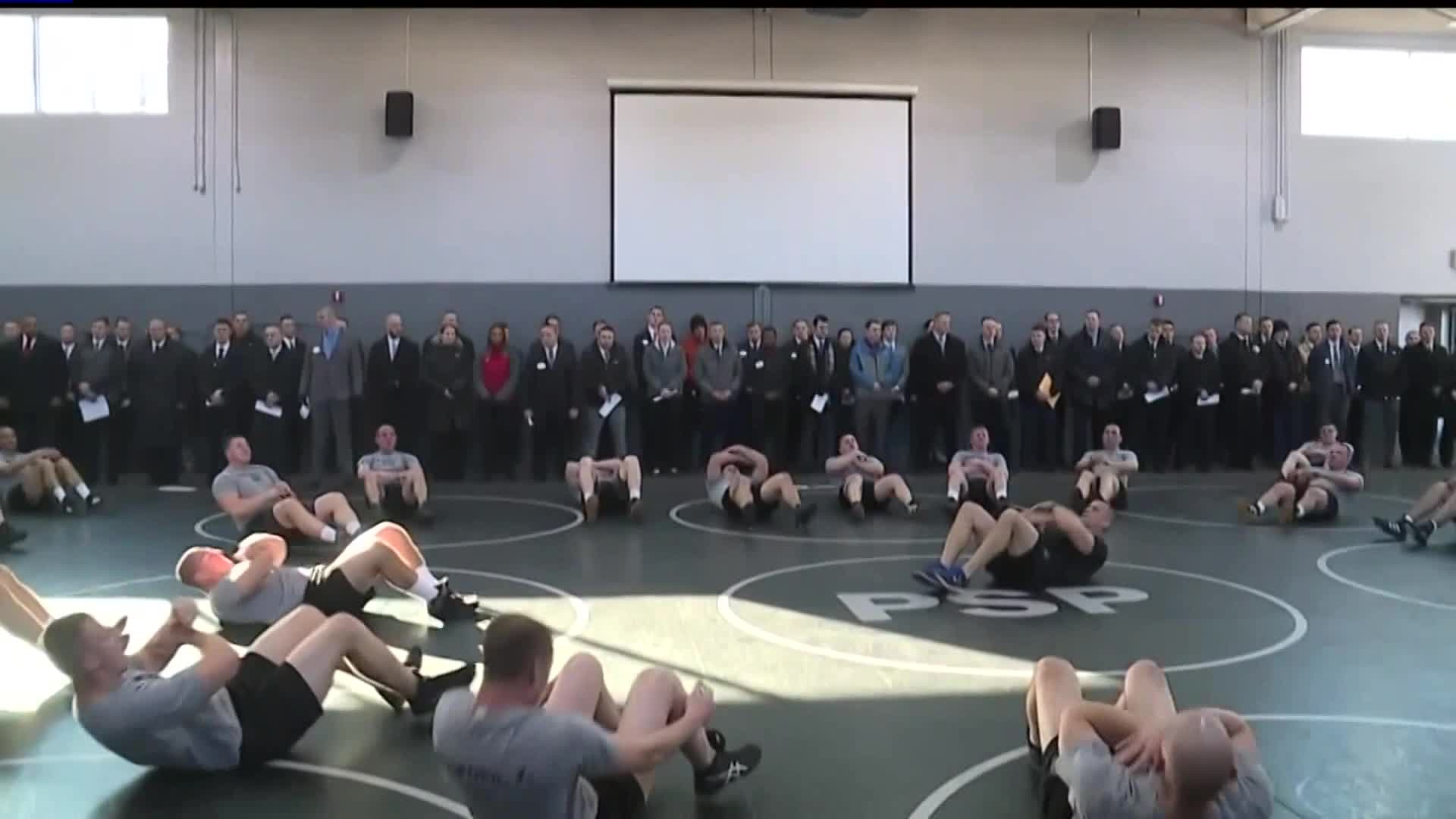 DAUPHIN COUNTY, Pa. -- The trooper shot in Northern Pennsylvania during a welfare check Tuesday is expected to be okay.

Officials say a man shot him in rural Tioga County and then barricaded himself inside the home for 14 hours.

With recent gun violence in Pennsylvania and a deadly police-involved shooting in Jersey City, FOX43 decided to find out what training law enforcement have for these kind of high-stress situations.

According to troopers, they spend six months in the academy where they train for active shooter situations and beyond.

They also attend yearly trainings after that which involve traditional book learning and physical training. They must also refresh themselves on different types of guns each year.

Troopers say they fall back on that training when situations escalate.

There is also a team of highly trained troopers who have special equipment and skills for what happened in Tioga County.

“It is not the norm you see every day. That’s for sure," said Trooper Brent Miller, a public information officer for Pennsylvania State Police.

While it may be rare, Trooper Miller says standoffs, like the one in Tioga County, raise awareness of the dangers that come with wearing the badge.

“There’s more of a heightened awareness right now," explained Trooper Miller. "There’s lots of gun violence occurring throughout the country, a lot of active shooter incidents. Every call the Pennsylvania State Police responds to, there is a heightened awareness, ‘Is this going to turn into a gun battle?’ If a trooper is fired on, they will seek cover, and return fire to stop the threat."

When someone refuses to surrender, the Special Emergency Response Team or SERT may be activated which happened in Tioga County.

Trooper miller describes SERT as a team of highly trained troopers, including some retired military members.

“Their training goes beyond what a normal trooper goes through due to handling high stress situations, a lot of shooting situations, and barricaded situations, such as the one that occurred yesterday," he added.