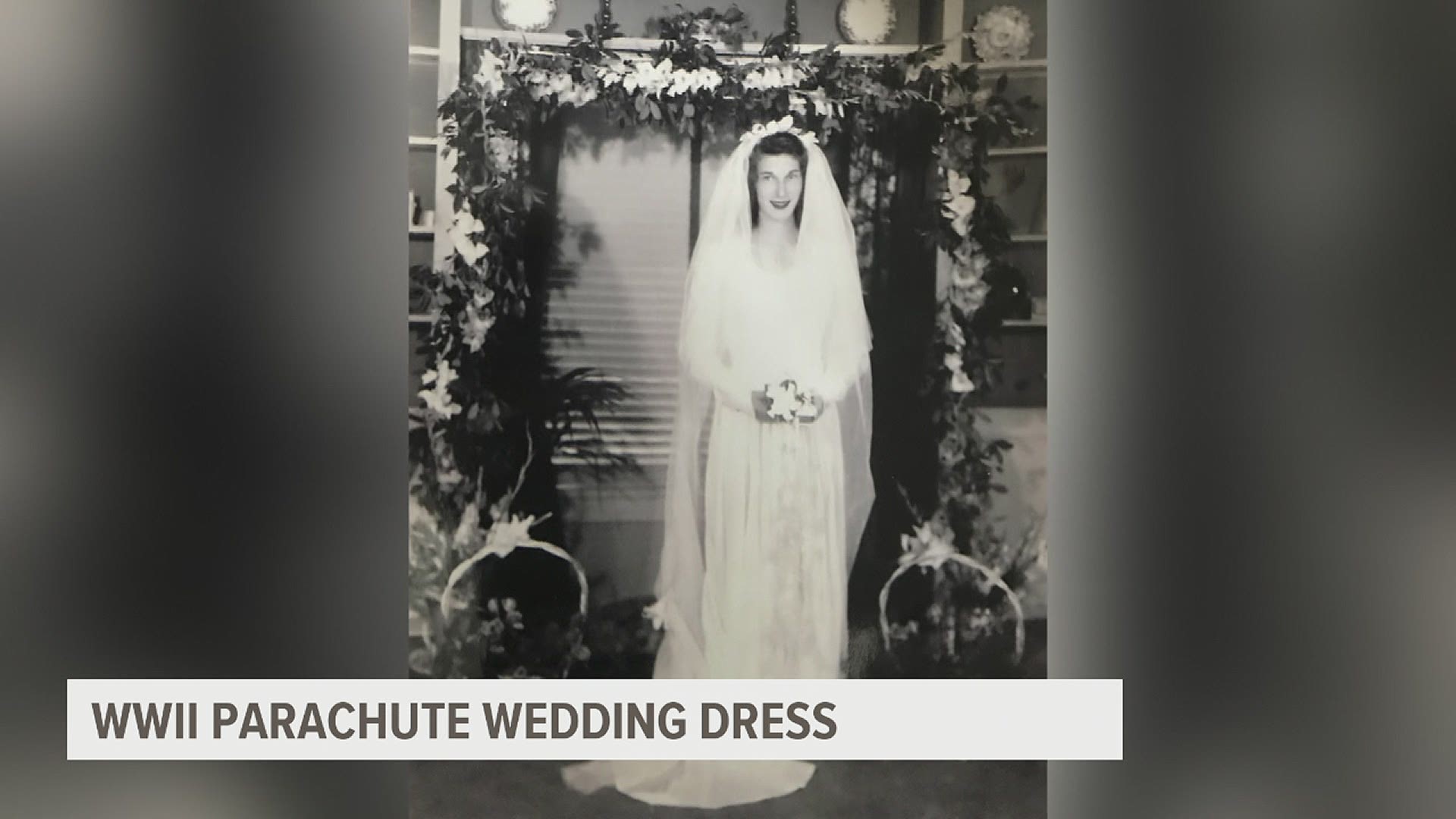 "It was a beautiful gown, much more than I would ever have anticipated," Deany Keith explained.

While Keith's brother was fighting in Normandy in World War II, he sent home a German parachute made of silk, but a wedding dress was not something her family had in mind for it.

"He wouldn't have taken it for a souvenir. He's not that type. He had to realize we didn't have materials," Keith said.

Years passed, and when Keith was engaged, the parachute found it's purpose.

"They made me a wedding gown!," Keith laughed.

"We used to make things out of flower sacks that the bakeries had. People made lots of things out things you'd never think about because it was a necessity. Didn't even realize it was silk when it was coming, you know, it was just a material to make a gown," Keith explained.

It was more than how she looked in it that meant the most to Keith.

Decades later, as Keith and her husband, Clint, were moving, they came across the dress again.

"I picked it up and I was ready to throw it away and my neighbor saw it. She says 'Deany, is that a wedding gown?' I said, 'Yeah, mine.'"

"She said, 'You're not throwing that away. You're taking that to the World War II museum.' I sent it and I got the letter back," Keith explained.

Moments away from being lost in a landfill, the repurposed World War II German Parachute now has a home in the National World War II Museum in New Orleans, Louisiana.

Though not in her possession anymore, she still has memories of even it's finer details.

"I remember all those tiny buttons my mom put on. I won't forget that."