Hershey Bears continue to make impact in community during pandemic

Bears Cares program adapts to help others in need 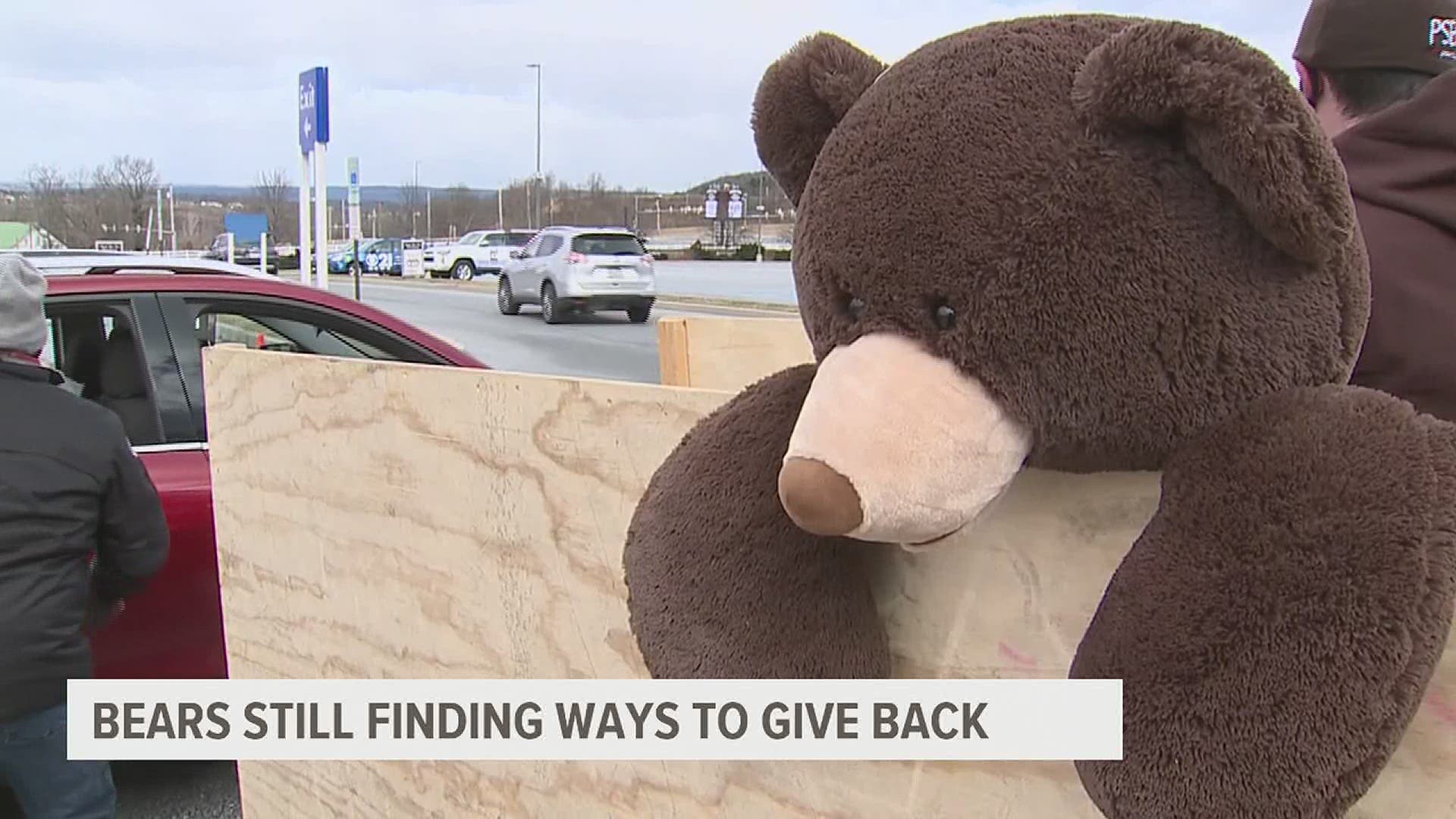 HERSHEY, Pa. — The Hershey Bears continue to get the job done in 2021 on and off the ice, albeit a little differently than normal.

"The Hershey Bears, the Hershey community, and surrounding areas are so integrated," explained Kathleen McGraw, the Hershey Director of Communications.  "If it wasn't for our fans, which we always say because it's true, we have the best in the American Hockey League, we wouldn't have the history that we have."

McGraw has seen the team interact with the local community a lot in her eight years with the company. For as memorable as the wins have been, there have been arts and crafts with kids at the Hershey Medical Center, feeding families at the Ronald Mcdonald house, fight cancer games, the Hershey Bears cares initiative, and of course ..

"The king of them all, the teddy bear toss."

This past January, Hershey held a teddy bear toss, but with a drive thru format. As always, the fans didn't disappoint.

"We never could have imagined that there would have been a line of cars for the entire four hours of the event. We received handwritten notes from fans, thanking us for doing it, thanking us for considering the community during this past year," said McGraw.

"I think within two hours I had 45 teammates that said, 'Absolutely, I want to come.' And I also received thank you's from our teammates that they were so glad that they could do something and interact with the fans. "

Even during a massive event like the teddy bear toss, the team still finds a way to add personal touches.

"We received about 10 of these adorable little bears and they were handmade by one of our fans and the request was if possible could these be given to kids that are battling cancer and I'm happy to say that next month. these will find a home at the Hope Lodge in Philadelphia."

COVID mitigations have certainly impacted how Hershey can give back, but the Bears continue to find a way.

"Unfortunately, there was a member of the Bears community that passed away, one of our fans, several weeks ago. I worked with our Vice President of Hockey Ops, Brian Helmer, and we got their family a signed jersey and some Hershey Park passes that they could enjoy and something to look forward to. Our miracle child from last year with CMN Hershey, when it was Owen's birthday several weeks ago, three of our players actually did video messages for him. We look forward to our Hershey Bears Cares initiative being, as grand as it normally is next season."