Researchers analyzed the health records of 236,379 COVID-19 patients. They found that 34% had been diagnosed with some sort of brain disorder. 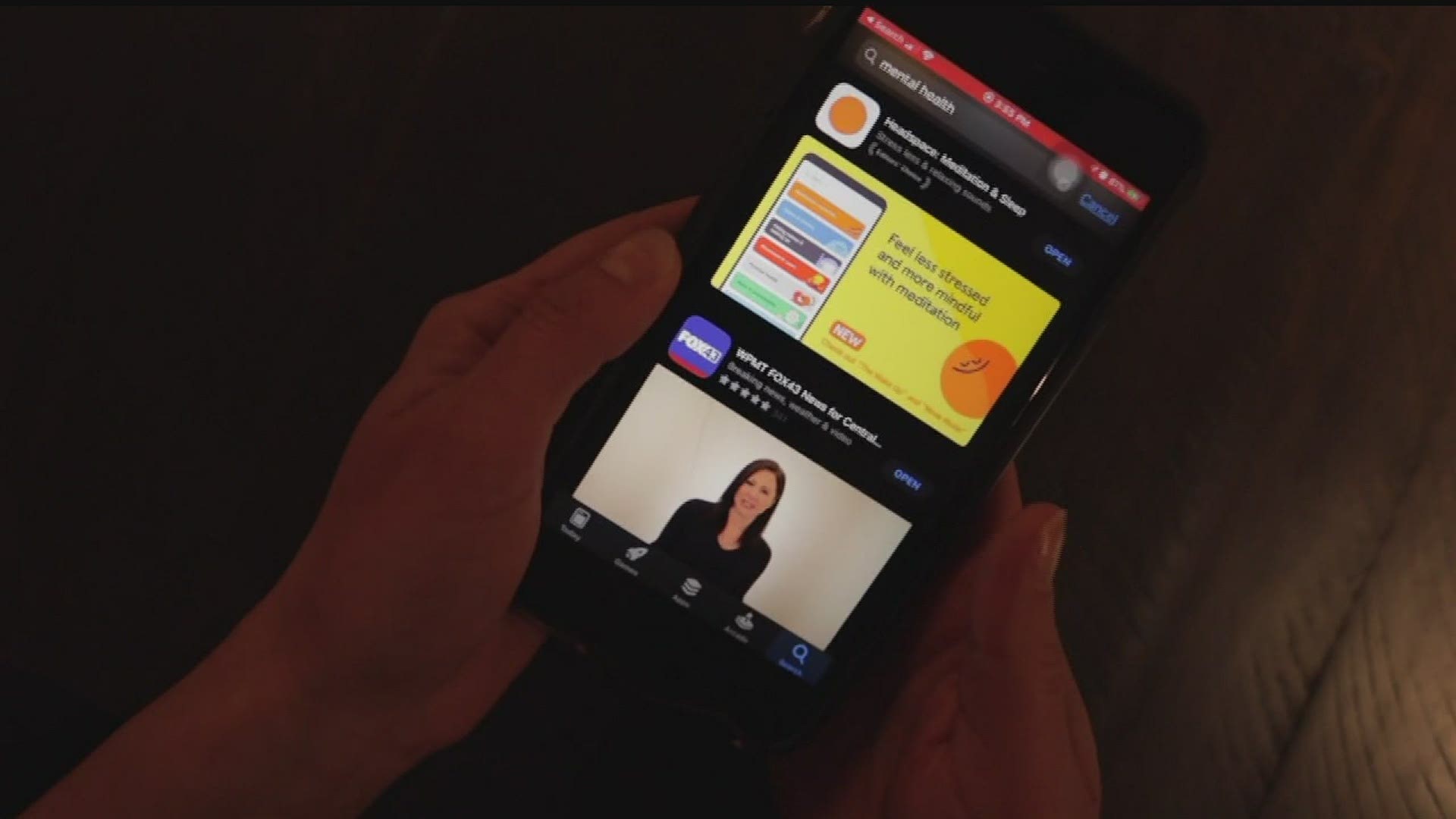 PENNSYLVANIA, USA — Editor's note: The above video is from March 2020 and discusses how anxiety surrounding the initial coronavirus outbreak caused a spike in the use of mental health apps.

A new study shows that one in three COVID-19 survivors were diagnosed with a brain or psychiatric disorder within six months of recovering from the virus.

The study is raising concerns in the medical community that the pandemic could lead to a wave of mental and neurological problems, according to Reuters.

These findings were published in the Lancet Psychiatry Journal. Researchers analyzed the health records of 236,379 COVID-19 patients, mostly from the United States. They found that 34% had been diagnosed with some sort of brain disorder within half a year of recovering from the virus.

The most common diagnoses among the 14 disorders that were looked at in the study were anxiety and depression. Stroke, dementia, and other neurological disorders were more rare, and researchers say that they are unclear on the link between the virus and these subsequent effects, also according to Reuters.

“Although the individual risks for most disorders are small, the effect across the whole population may be substantial,” Paul Harrison, a professor of psychiatry at Oxford University who co-led the work, told Reuters.

Health experts are increasingly concerned about these findings, as a previous study by the same group of researchers found that 20% of COVID-19 survivors were diagnosed with a psychiatric disorder within three months, Reuters notes.

The research also found that these disorders were much more common in COVID-19 survivors as compared to "groups of people who recovered from flu or other respiratory infections."

As more research is conducted into looking at the long-term effects of COVID-19, it's clear that the virus will affect more than just our daily lives.