Researchers at Penn State College of Medicine say many states already have laws that are designed to help women who have an increased risk of getting breast cancer. 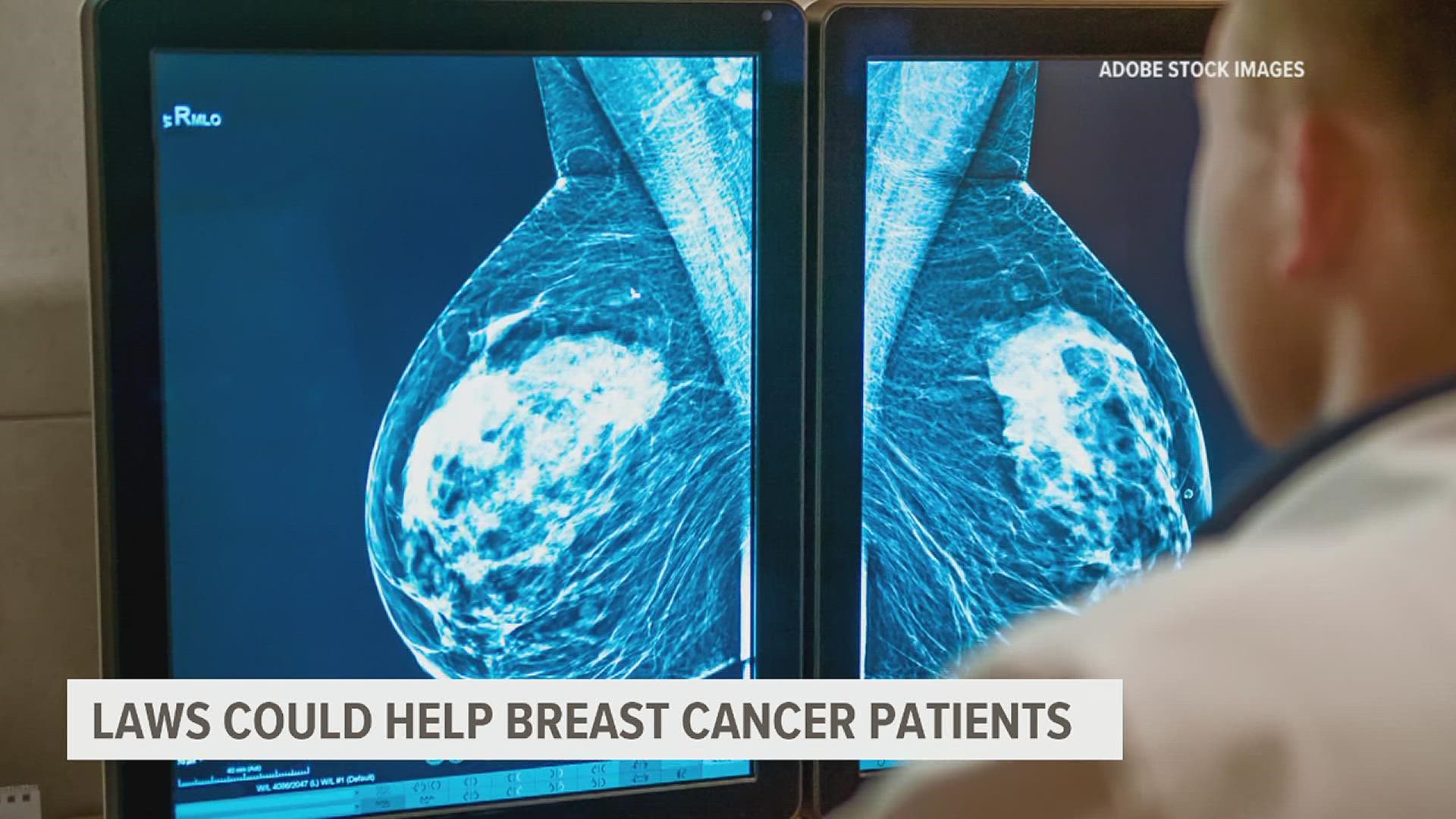 YORK, Pa. — More than 40% of women in the United States between the ages of 40 and 74 are at an increased risk for breast cancer because they have dense breast tissue; this makes it harder to detect tumors through traditional mammograms and often calls for additional tests, including ultrasounds.

Researchers at Penn State College of Medicine say many states have laws that are designed to help women who have an increased risk of getting breast cancer, but it varies by state.

Right now 27 states and Washington, D.C. have laws that require doctors to notify their patients after a mammogram if they have breast dense tissue. Eleven states have legislation requiring insurance coverage for the cost of additional screenings that are recommended. Pennsylvania has both of these mandates.

The Penn State Cancer Institute wanted to know if these laws impacted the stage of cancer at diagnosis, so researchers looked at nearly 700,000 cancer cases between 2005 and 2016.

"Our study showed that the legislation on insurance coverage had a much bigger impact than just the notifications," Dr. Chan Shen, lead researcher at Penn State Health said. Dr. Shen says the insurance legislation was also associated with earlier diagnosis of breast cancer and said the study showed that legislation and policies are just one piece of the complex puzzle of factors contributing to patient care.

The results were published in the American Journal of Preventive Medicine, which you can read by clicking here.