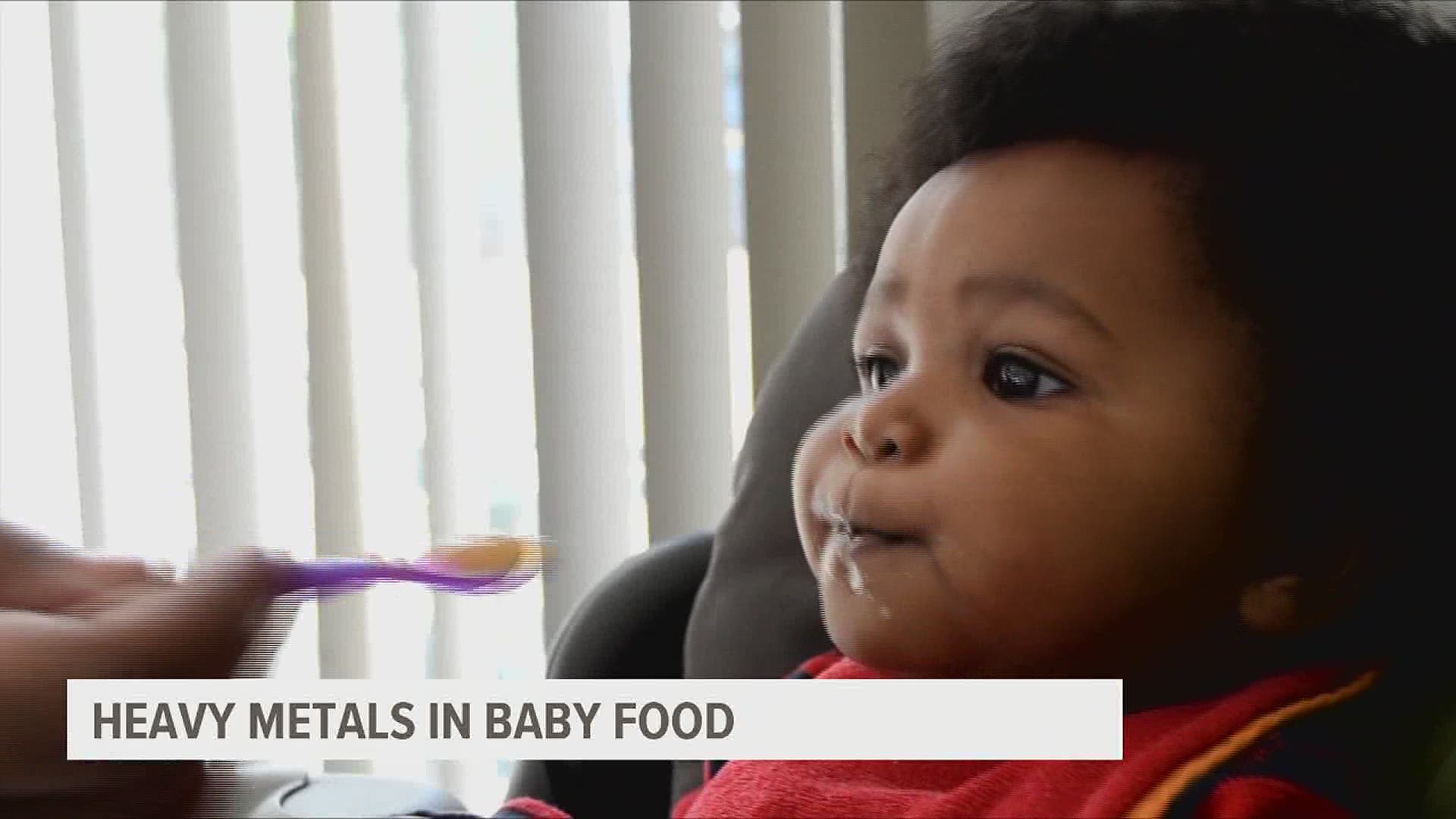 PENNSYLVANIA, USA — According to a congressional report released on Feb. 4, several popular baby food brands contain "significant" levels of heavy metals such as arsenic, lead, cadmium, and mercury, as reported by The New York Post.

On Feb. 9, Dr. Sean Campbell of WellSpan Pediatric Medicine at Joppa Road in York and Shrewsbury spoke with FOX43's Amy Lutz about these findings.

He said that ingesting these metals can lead to brain development issues, concurring with the congressional report that said these issues could be "irreversible."

“The Food and Drug Administration and the World Health Organization have declared them dangerous to human health, particularly to babies and children, who are most vulnerable to their neurotoxic effects,” the report said. “Even low levels of exposure can cause serious and often irreversible damage to brain development."

The report's findings were based on internal documents and test results from seven of the largest baby food companies in the United States that were obtained by the Subcommittee on Economic and Consumer Policy, according to The New York Post.

Also according to The New York Post, four of the companies — Nurture, Beech-Nut, Hain and Gerber — responded to the subcommittee’s requests while Walmart, Campbell and Sprout Organic Foods refused to cooperate with the probe.

“The Subcommittee is greatly concerned that their lack of cooperation might be obscuring the presence of even higher levels of toxic heavy metals in their baby food products than their competitors’ products,” the report added.

Of the responding companies, arsenic, lead, and cadmium were present in baby foods, also according to The Post. Mercury was also detected in baby food made by Nurture.

The report also stated that Beech-Nut and Hain do not even test for mercury in baby food while Gerber rarely tests for it.

The report concludes by recommending that the FDA set maximum levels of "toxic heavy metals permitted in baby foods and require companies to test their finished products — not just their various ingredients — for the metals."

Dr. Campbell concluded his interview by saying one of the best ways to keep your baby safe is to make sure their diet has "variety" so that your child's food is coming from different places, not just one place whose products may contain, say, cadmium.

Parents who are concerned about whether their child was exposed to these heavy metals can make an appointment for their child to be tested at WellSpan Pediatric Medicine's website.