GMO salmon soon coming to a table near you

Biotech company AquaBounty announced it had sold out its first harvest of AquAdvantage salmon, expected to bring in five metric tons at the end of May. 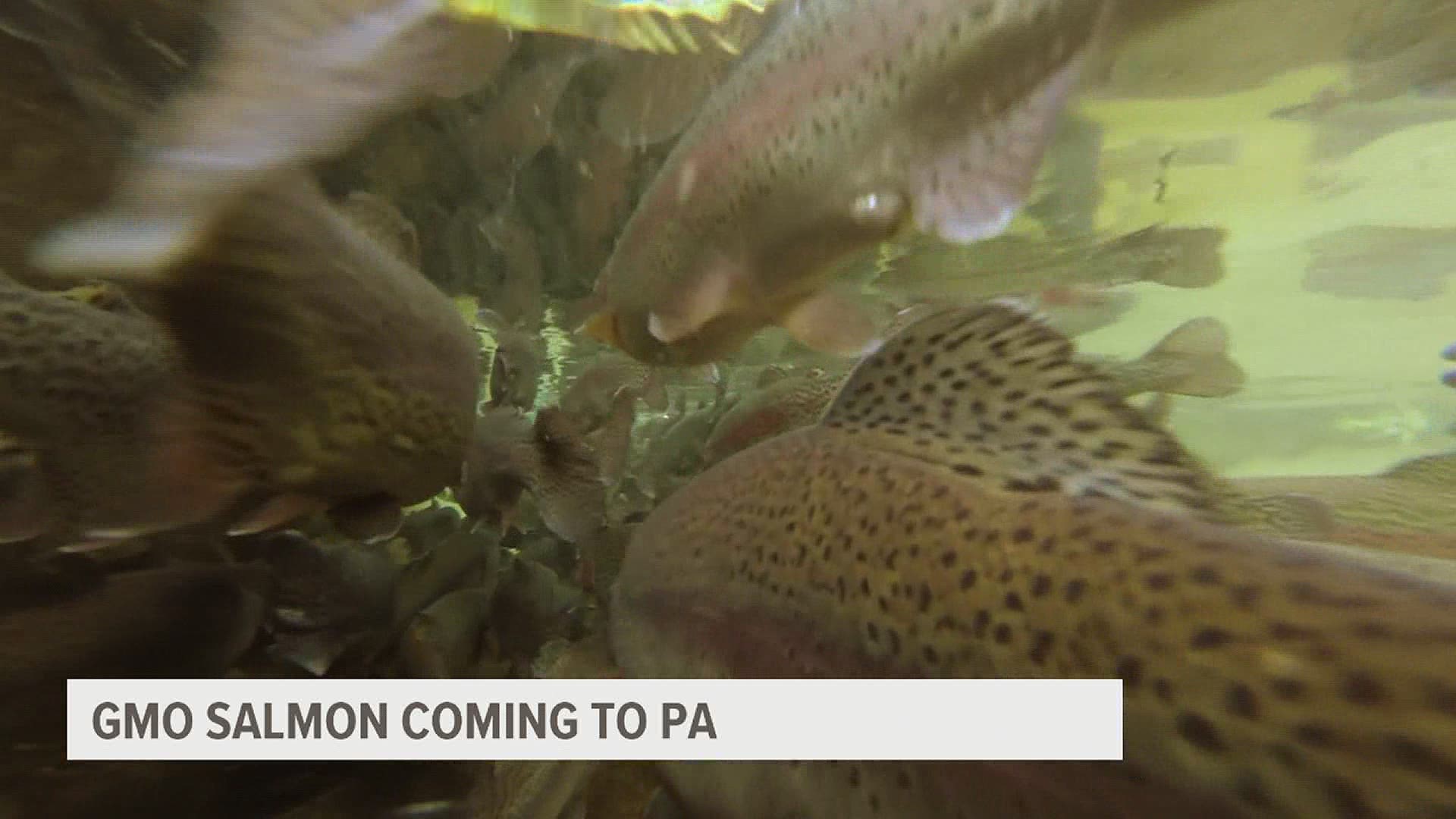 HARRISBURG, Pa. — Genetically engineered (GE) salmon could soon be coming to a table near you.

Biotech company AquaBounty announced it had sold out its first harvest of AquAdvantage salmon, expected to bring in five metric tons at the end of May.

“What we want to be able to do is produce more of a healthy protein at an affordable price,” said Sylvia Wulf, AquaBounty president and CEO.

AquAdvantage salmon are made possible by integrating one hormone growth gene from Pacific Chinook salmon into the genome of Atlantic salmon. The salmon feed from a younger age, speeding up their time from market from three years to 18 months. The process produces up to 70 percent more fresh salmon annually compared to conventional Atlantic salmon grown in the same period, according to AquaBounty.

“They’re very efficient in the way that they consume their feed. If you think about environmental sustainability, creating more of a healthy protein with less resources is really a benefit,” Wulf said.

GMO critics said genetically modified fish that escape could harm native fish species, which has happened in the past with non-GMO invasive species.

“It might cause even more harm than overfishing could cause,” food justice organizer with Northwest Atlantic Marine Alliance.

Critics are also concerned about ownership rights of wild fish.

“If these salmon breed with other fish, then AquaBounty can start making claims that these are our patented fish because they have our patented genes inside of them,” Russell said.

Wulf said AquaBounty salmon are raised in a bio-secure land-based farm that has not had an escape in 20 years, adding AquAdvantage salmon are all sterile females, so they couldn’t breed with native salmon species.

“I don’t know why we claim wild salmon as ours,” Wulf said.

AquaBounty began the process of filing for FDA approval in 1995.

The FDA ruled in 2015 that AquAdvantage fish was safe to eat, but sales were postponed by regulatory complications.

AquAdvantage salmon will be labeled as a GMO product.

The fish will be distributed to Pennsylvania restaurants by Philadelphia-based seafood company Samuels and Son Seafood Co.

RELATED: Fake meat and a latte? Starbucks adds Beyond Meat in Canada