"We all need to do better": PA Secretary of Health talks about problems slowing 'Operation Warp Speed'

PA Secretary of Health Dr. Rachel Levine admits the federal vaccination rollout has missed its goal for the end of 2020. But, she said it is improving in 2021. 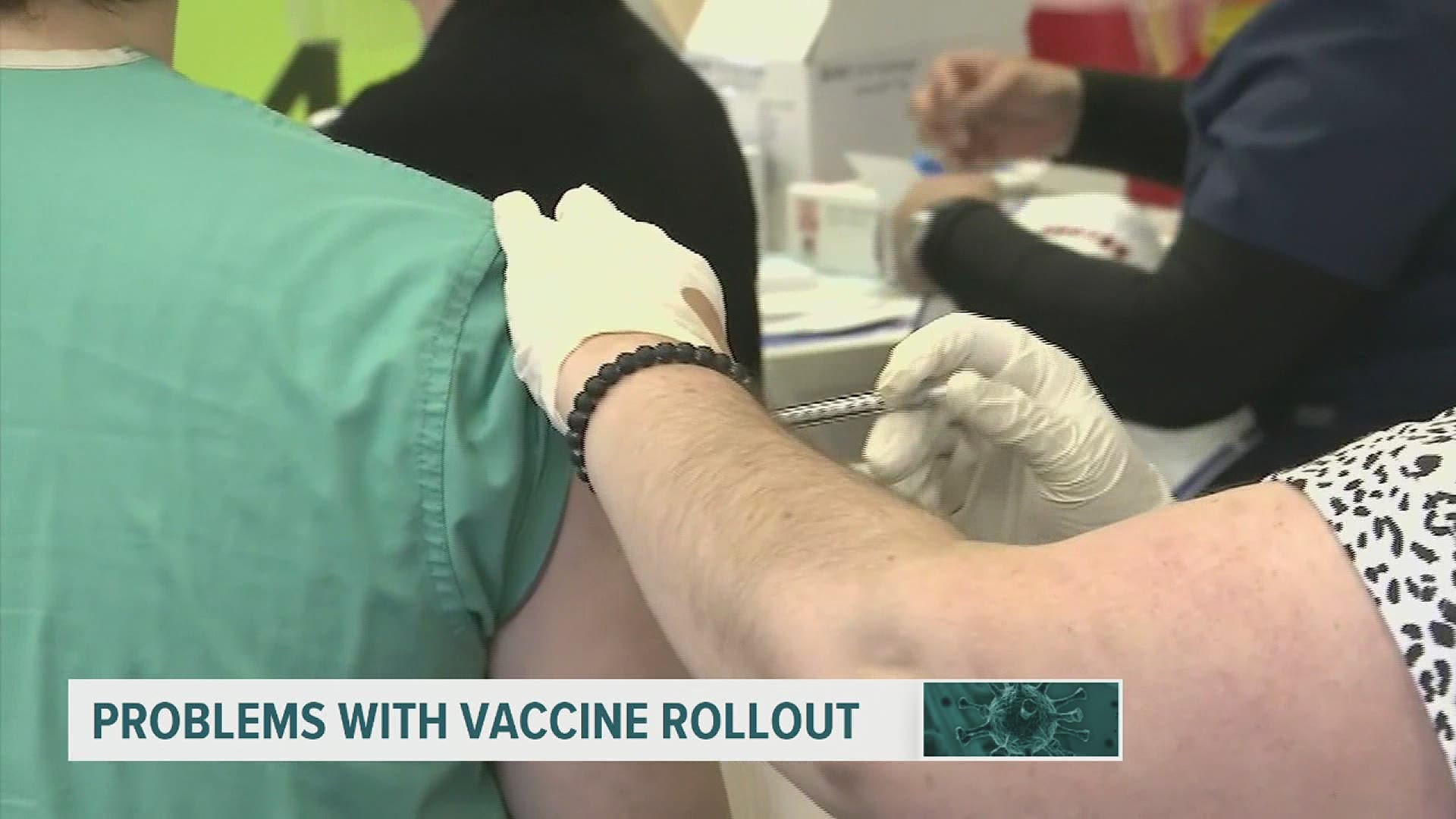 "We all need to do better," said Pennsylvania Secretary of Health Dr. Rachel Levine about the rollout of the COVID-19 vaccine.

When asked who and what was to blame for the slow rollout of the vaccine Dr. Levine said "I'm not really blaming anyone" as she added she is only working to provide explanations. However, she did acknowledge the state receives fluctuating amounts of doses from the federal government, changing delivery dates, and 24-48 delays in reports over how many doses have been delivered and administered across the state.

"I think that we would like to work with them (the federal government) to have more advanced notice both about exactly how much vaccine that we will get from week to week but exactly also when they plan to distribute that. So, I think that both the state government as well as the hospitals themselves would like some more advanced notice about that distribution. But it is up to 'Operation Warp Speed' to do that," said Dr. Levine.

What should I do if I want the shot?

People over the age of 75 and certain critical workers fall into Phase 1b of the vaccination rollout. Right now, the state is still on Phase 1a that includes health care workers and nursing homes.

What Phase of the rollout do I fall into? Learn that here.

Where can I find a COVID-19 vaccination provider? Find that here.

Where can I track the numbers? Find that here.

However, specific plans to vaccinate people who fall within Phase 1b have not been released. Dr. Levine said the state will be moving on to the next phase 'soon.'

She advises anyone who is interested in getting the shot to contact their doctor and sit tight for further instruction from the state.

Dr. Levine previously said the mass vaccination clinics will likely require some sort of 'sign up' to avoid large crowds and lines at vaccination facilities. Details into how that public 'sign up' will work have also not yet been released.

Next up to be vaccinated: people 75 & older. But, when will Pennsylvania move on to Phase 1B? And what should people do now to prepare? Watch & read as PA is still on Phase 1A: health care and nursing homes. @FOX43 #COVID19 #vaccines #COVIDVaccination https://t.co/QHnVFc55XK pic.twitter.com/CJFS1ye3BX

Are doses just sitting around?

Levine said that she believes it is a misconception that thousands of doses are just 'sitting' unused in the state, pointing again to the delays in reporting when doses are received and given.

The vaccines are only being stored in facilities with the capability to keep the doses at specific required temperatures. Therefore, at this time mostly hospitals and other health care facilities are storing them.

The federal government's 'Operation Warp Speed' is taking charge of administering doses to skilled nursing facilities like nursing homes through a partnership with Walgreens and CVS.

Dr. Levine has said previously that the state plans to partner with other pharmacies to administer the vaccine when it reaches more of the public. Plans for that and mass vaccination clinics are still underway. Dr. Levine said the state is waiting on funding from the federal government which was recently passed through the COVID-19 relief act to begin preparations and partnerships. The state anticipates around $100 million to be used towards the vaccination effort and is working with the CDC to learn how that funding will be allocated.

"We all need to do better," says @SecretaryLevine as nationwide 22,137,350 doses of COVID-19 vaccine have been distributed yet only 6,688,231 have actually been administered. @fox43 at 4 & 5 I'm diving into the problems #covid19 #CovidVaccine #COVID https://t.co/EdbUoUXaBW pic.twitter.com/LBOz5iO6fz 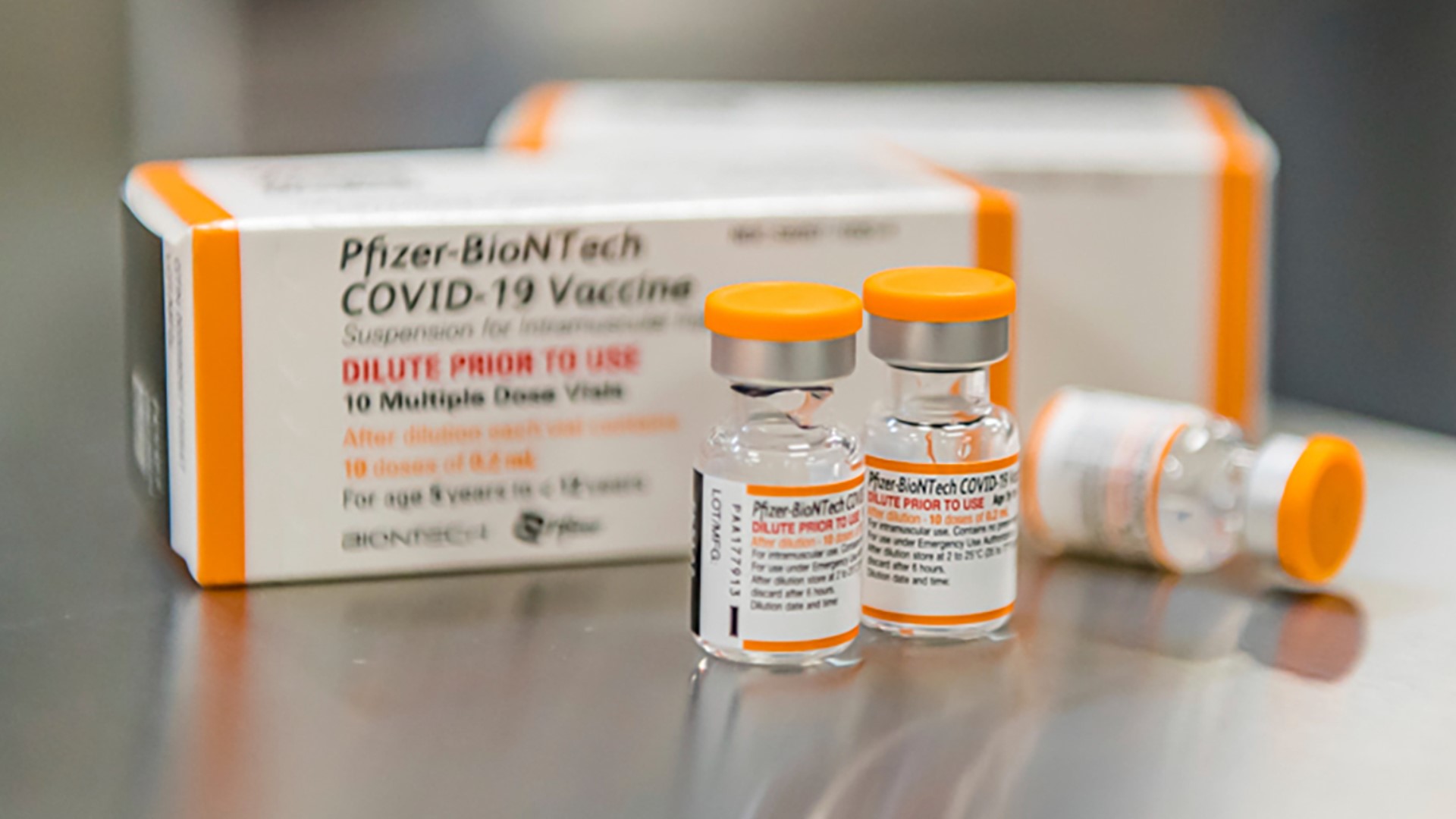 What's the timeline for young kids getting COVID shots after FDA panel vote?