Lebanon County's mass vaccination site on Quentin Rd. can schedule around 2,000 appointments per day. But, it's only seeing around half that number of people sign up 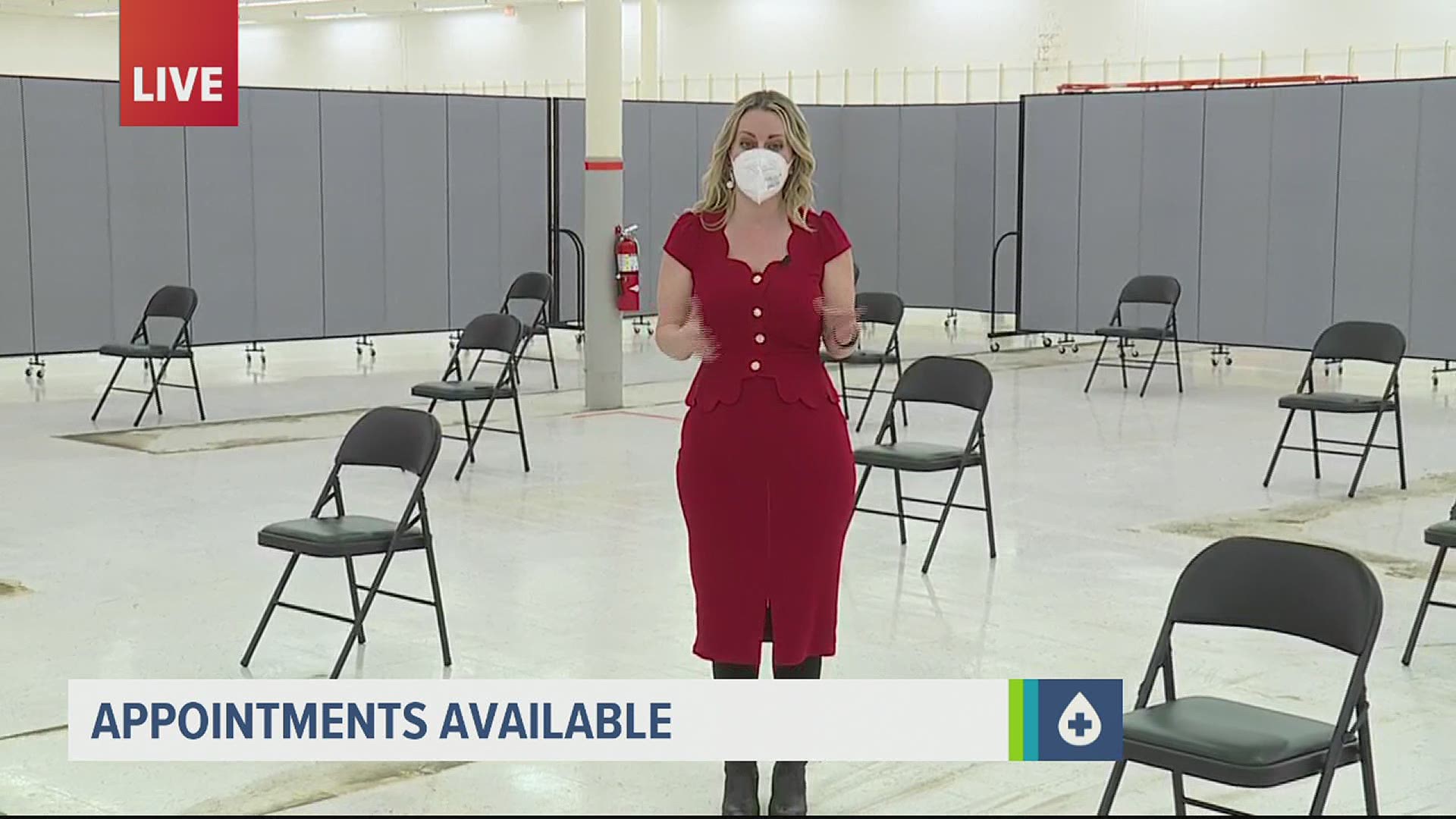 LEBANON COUNTY, Pa. — Just 28 days ago, Lebanon County had 714 more people filling the seats of its mass vaccination clinic on 1745 Quentin Road. But now, even as COVID-19 cases remain high in the region, less people are signing up to get a shot.

"We've got seats to fill," said Bob Dowd of Lebanon County's Department of Emergency Management, who added, "if people come in we will make sure they either have an appointment the day they come in or we can schedule them for another day if that's what suits them better."

Lebanon County isn't alone in issuing the call to get people to sign up for appointments. Back in January, nabbing an appointment was a frustrating process for many that would sometimes take days. But, one look on Lebanon County's mass vaccination website and people will find multiple appointment times and dates listed. Health officials credit that much to increased doses of vaccine coming into the state and increased access across counties.

"There's a thousand available appointments each day of first doses and today we only filled up about 300 of them," Dowd said.

Lebanon's mass vaccination clinic Thursday was separated between people getting their first dose of Moderna on one side of the room and people receiving their second dose on the other side of the room. The side with the second dose recipients was notably more packed, as 1022 people came in for their second shot that day. Only 308 people came in for their first dose, despite the clinic having 960 open appointments.

"There's some vaccine hesitancy and reluctance and that's because of the unknowns. And, education I think is a big piece on how we get around that," he said.

Lebanon County has appointment times available over the next three weeks.

RELATED: Nabbing a COVID-19 vaccine appointment is getting easier. But, will that last as everyone becomes eligible?

RELATED: Here's how to schedule a COVID-19 vaccine appointment in Pennsylvania after the website has changed