Is a new plan in the works for Pennsylvania's COVID-19 vaccination rollout?

Members of the task force tell FOX43 Pennsylvania's Dept. of Health will present a 'strategic' plan based on suggestions from the task force. 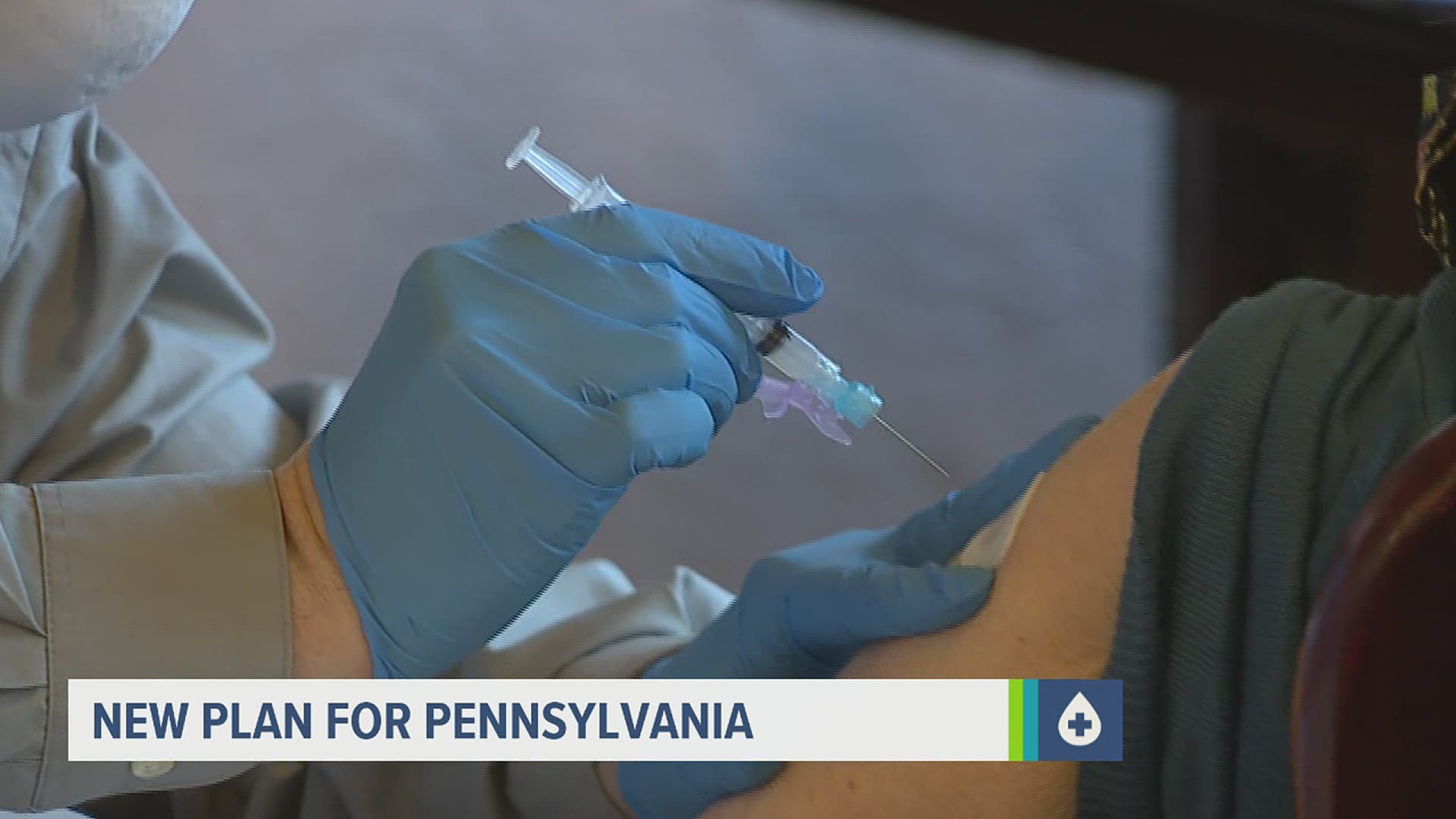 PENNSYLVANIA, USA — One month into his vaccine search, Kenneth Hartenstine said 'he's at a loss' in trying to get a COVID-19 vaccination for him and his wife.

"It's almost to the point of the black market. Meet me in the back of the parking lot at 10 o'clock at night and I'll give you one," he joked as he noted he's lost count of how many places he's tried to find one.

As the Biden administration promises to ramp up vaccination distribution, Pennsylvania's Department of Health is presenting a new strategic plan for the vaccination rollout to the state's bipartisan COVID-19 task force.

The two groups met late Tuesday afternoon to discuss the plan which the DOH said "builds upon the public vaccination plan to incorporate a more comprehensive strategy for vaccine distribution to position Pennsylvania for success when vaccine is readily available."

"It's almost to the point of the black market meet me at the back of the parking lot at 10 o'clock at night" says this man who's now spent a month searching for a COVID-19 vaccine appt. The plan to push for solutions. See you on @fox43 at 4 and 5 #covid19 https://t.co/19ccNSkfIM pic.twitter.com/VuIqt097pJ

In addition to laying out a strategy for when more vaccine is available, the DOH said the plan also intends "to take a look at all the complexities involved in the operation of vaccine distribution, allocation, and immunizations and finding a solid path forward that is complete, compelling and provides a clear roadmap to vaccination for all Pennsylvanians." 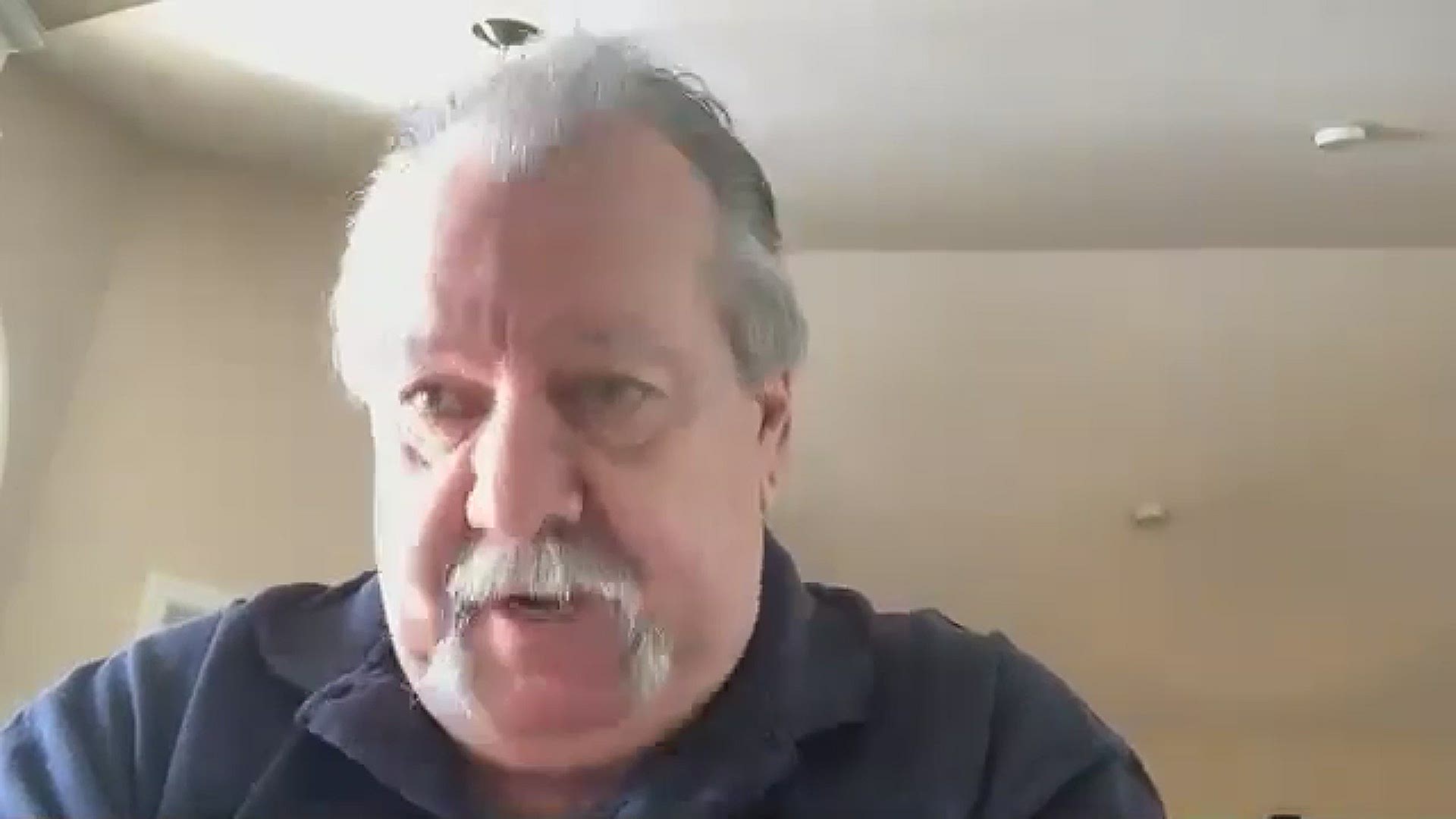 Up until now, the DOH has been working off of the current COVID-19 Interim Vaccination Plan that has been in place since December. Health leaders claim it follows the blueprint set forth by the Centers for Disease Control and Prevention (CDC) and is continuously updated to reflect the latest recommendations from the federal government.

One of the most significant recent updates to the plan happened back on January 12th when President Trump's 'Operation Warp Speed' suggested that individuals ages 65 and older and those ages 16-64 with certain underlying medical conditions should be included in Phase 1A.

PA Senator Ryan Aument, who is a member of the task force, told FOX43 before going into the meeting that he did not yet have specific information on the plan. However, he expected it to tackle needs in the state which include communication and the equity of vaccine distribution.

Sen. Aument suggested it is possible the state's new formula may consider two additional factors: a county's ability to distribute the vaccine and the size of the region's 65+ population. His office said the Senator also suspected the idea of mobile vaccination sites may be raised in the plan as the ability to travel to a central location to receive vaccine is not always possible for certain residents.

Sen. Aument said as part of the task force he has also raised concerns from administrators at independent living communities in Lancaster County about the difficulties they’ve encountered vaccinating their residents. He hoped this issue may be addressed and detailed in the new strategic plan as well.

For Hartenstine, he's just happy change could come, as he waits to hear from anyone who could give him the vaccine.

"This is your chance to get it right," he said in a message to state leaders. "Make sure you're doing what needs to be done for the people of Pennsylvania."