After a few months of a dramatic decline in the vaccination rate, Pennsylvania is seeing an uptick. Pharmacists from Lackawanna County explain why. 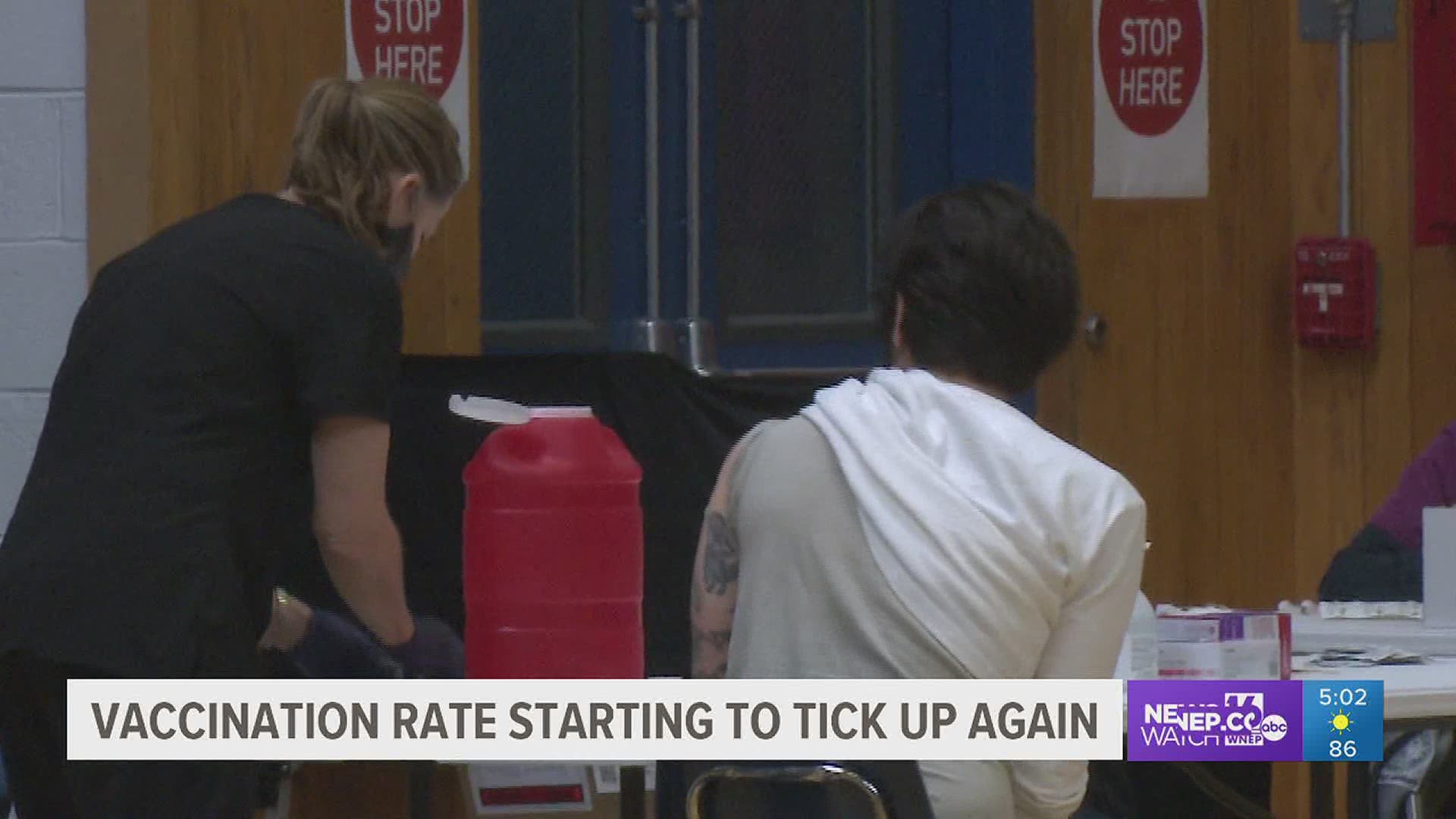 DUNMORE, Pa. — The last six months have been a roller coaster ride at DePietro's Pharmacy in Dunmore. First, getting flooded with customers desperate to get vaccinated; then, the phone calls and appointments dropping off dramatically; and now, things are picking back up again.

Pharmacist Tom DePietro says he went from giving the shot to 10 to15 customers a week to 10 to 15 a day. He's been asking people what led them to change their minds.

Eric Pusey, owner of Medicap Pharmacy in Olyphant, is seeing the same rise in vaccinations. We found him giving out the shot at a clinic inside Forest City High School.

But one big difference he's seeing from the beginning of the year: People are rolling up their sleeves because they feel like they have to, not necessarily because they want to.

"The enthusiasm is not there; there's no question about that. Now they see it as a necessity for not only themselves, but I think they're seeing it for family members too," said Pusey.

RELATED: How to schedule a COVID-19 vaccine appointment in Pennsylvania

The pharmacists point to another reason why people may be rethinking their initial decision: The fact that nearly all of the hospitalizations and deaths in the U.S. right now are among the unvaccinated.

And they both agree that breakthrough cases in vaccinated people are not, and should not, discourage people from getting the shot.

"The goal of a vaccine - the huge goal - is to prevent death, and they're certainly doing that. So for the people that said, 'Aha! They still got COVID even though they got the vaccine,' well, yeah, but they didn't die. So that is the end game," said DePietro.

The increased interest in the vaccine is being seen across the entire state.

This past week was the first week since the end of March that we saw an uptick in vaccinations.

Pusey believes if the CDC decides to recommend masks for the fully vaccinated, that could discourage people from getting the shot.

"That should be on a local level, and I think that should be only for those areas that are unvaccinated, and there's a high risk of developing a widespread outbreak," he said.

The CDC has not updated its mask guidance, but Dr. Anthony Fauci said on Sunday the agency is currently looking into it.