Poll: Vaccine hesitancy may be more political than racial

A poll by Civiqs found 56% of white Republican voters said they would not accept a vaccine or weren’t sure, compared to only 31% of Black Americans who answered no. 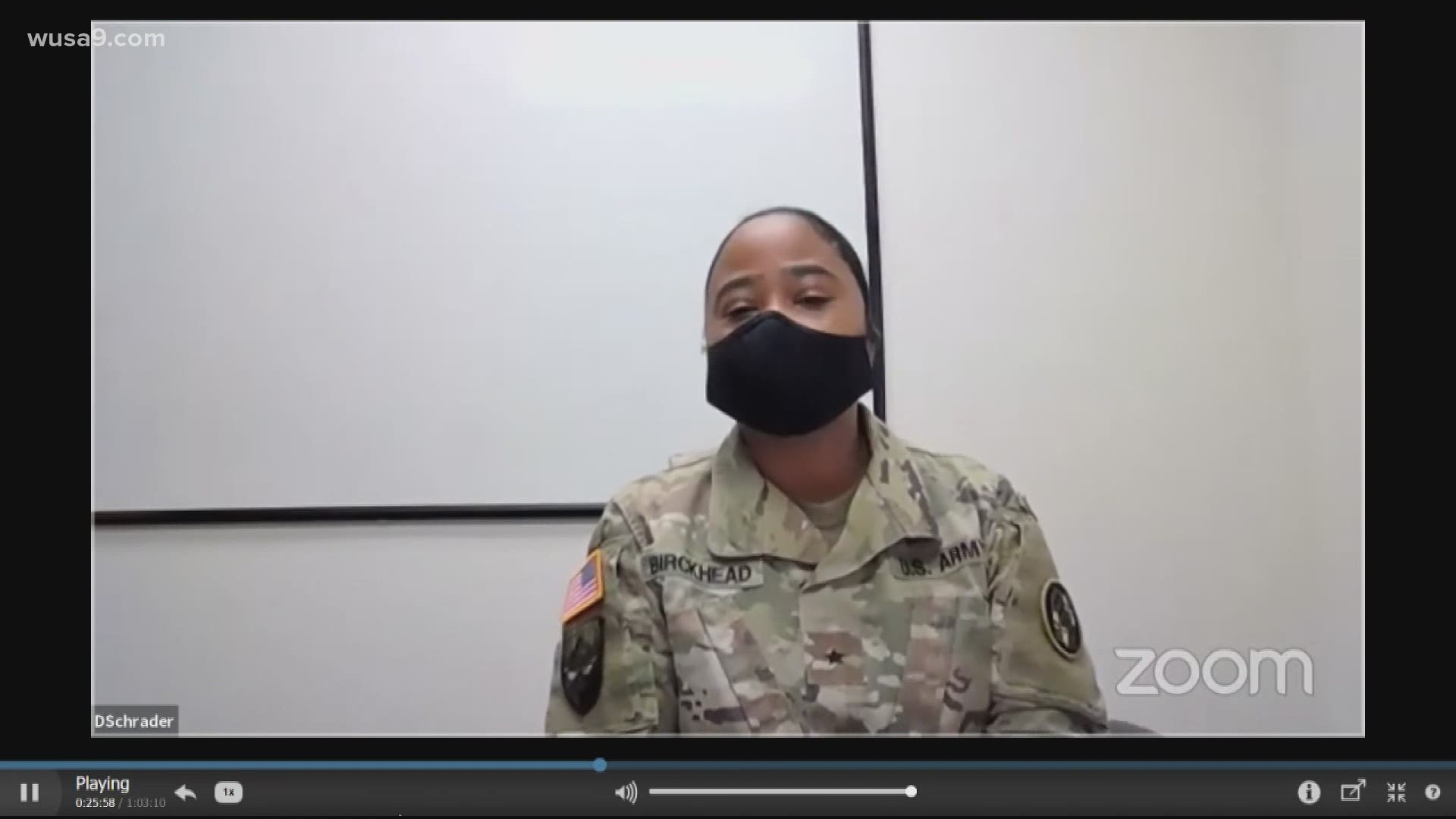 MARYLAND, USA — Widespread fears of vaccine hesitancy in minority communities may not explain the vast disparity in vaccination rates, according to testimony from the National Guard general in charge of vaccine equity issues in Maryland.

Black and Latino residents are being vaccinated in Maryland at far lower rates than white residents according to state statistics. While vaccine hesitancy has frequently been mentioned by Maryland Gov. Larry Hogan as a concern, teasing out all the other possible reasons why is proving complex.

Schrader cited four barriers during testimony to the legislative workgroup.

While the Six Flags mass vaccination site is located in Prince George's County, the vast majority of people being vaccinated there are white and driving in from neighboring counties, according to health authorities. State mass vaccination sites are available to all state residents regardless of where they live. Residents report that securing appointments is by far the most daunting challenge and frequently involves access to a computer, time and luck. Maryland authorities have added a telephone appointment line in an attempt to expand access.

A new web portal will be rolled out this week to allow residents access to appointments at all state-run vaccination sites through one website, Schrader told the Maryland senators.

But a new national poll found that vaccine hesitancy may be more political than racial. The poll, conducted by Civiqs, found that 56% of white Republican voters reported they would not accept a vaccine or weren’t sure, compared to only 31% of Black voters who answered the poll. Other polls have found that as many as 35% of Black Americans have reported vaccine hesitancy.

The new Civiqs poll found that 43% of white people do not plan to take a COVID vaccine when they are eligible, while 42% of Black people answered no.