Can you get COVID-19 from the COVID-19 shot? Experts debunk myths while urging everyone to get vaccinated, especially minority groups

Experts stress minority groups are among the hardest hit by the pandemic, yet the most skeptical to get the shots 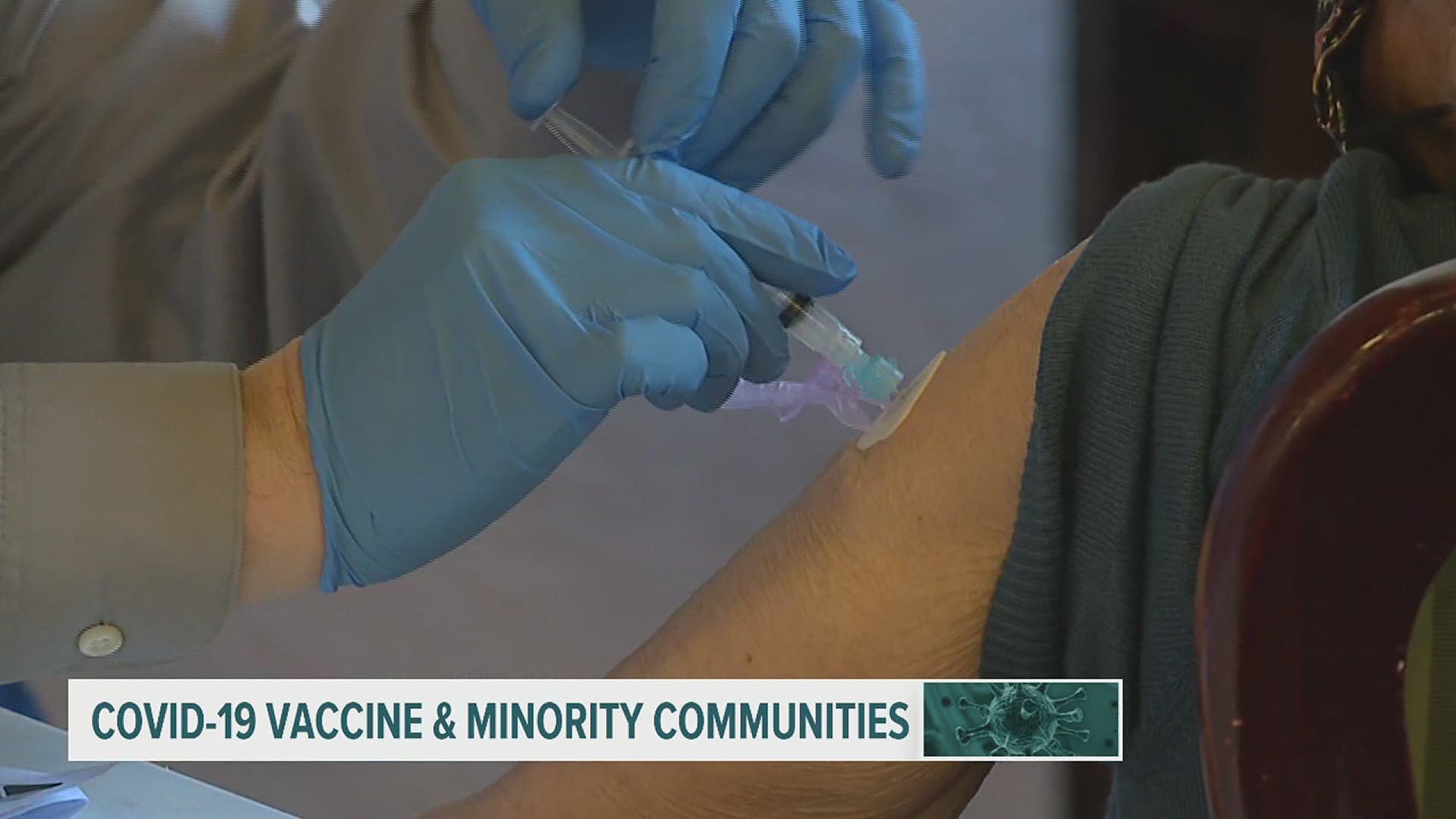 "I have a lot of concern and I really hope that we can reach people and encourage them to get the vaccine, said Dr. Anita Malhotra as she sent a plea to everyone, especially members of minority communities, to seriously consider getting the COVID-19 shot.

The words were spoken during a roundtable discussion Friday held by Penn State Health as a diverse group of experts highlighted a deadly serious problem: that minority communities are among the hardest hit by the pandemic yet remain among some of the most skeptical about the vaccine.

"It really saddens me greatly that only 45% of our minority population have the trust to get the vaccine because this is the one single most important thing that is really going to prevent this and get us through," echoed Dr. Thomas Ma during that same roundtable event.

Penn State Health experts noted the skepticism surrounding the shots tend to focus on three main questions: Can someone get the virus from the shot? Was the vaccine rushed to market? How effective will the vaccine be for me?

Can someone get the virus from the shot?

Penn State Health experts stress to everyone there is no way to get the COVID-19 virus from the vaccine.

They note that in the past many vaccinations were made by injecting people with the virus or an inactive version of the virus.

However, they said the COVID-19 vaccine is not manufactured in that way. Rather, people are injected with part of a particular protein.

Dr. Ma said the vaccine targets what's called the 'spike' proteins, the proteins that allow the virus to adhere to human cells and cause infection.

"The way this vaccine works is that it stimulates your body to create a protein that your body then creates protective antibodies for," said another Penn State Health doctor.

Therefore, there is no way to catch the coronavirus from the vaccine because the vaccine itself does not contain any of the virus.

Was the vaccine rushed to market?

Doctors at Penn State Health emphasized the vaccine was not 'rushed.'

They said one reason why the vaccination was able to come to market so quickly is that the technology used to make it has been researched since the 1990's.

They also note the vaccinations did not skip the FDA approval process.

Is the vaccine effective?

The Moderna and Pfizer vaccinations have been proven to be up to 95% effective in studies. Doctors note that is considered to be highly effective, even more effective than flu vaccinations.

In studies, they also note reported side effects have been minimal and many of the side effects are just further proof that the vaccination is working. Long-term side effects of the shot are not yet known as the studies are still ongoing. However they note most side effects from vaccines happen within the first 4-6 weeks of the injection and the studies have long surpassed that time period.

"The majority of the side effects that you feel are actually the result of your immune system working so the fatigue, the tiredness the headaches, the pain where you get the injection are all signs generally that the medication is starting to stimulate your immune system," said one Penn State Health doctor.

Doctors note that after receiving the vaccine all patients will have to wait 15 minutes in order to monitor any potential allergic reactions.

Why are minority groups among those hardest hit by the COVID-19 pandemic?

Doctors participating in the roundtable noted minority communities have been hard hit by the pandemic, yet there is no biological or genetic answer that seems to account for the cause.

They did note, however, there are other reasons that may be driving the data as many people who lie within these communities have careers in which they are deemed 'essential' workers. They also noted these populations tend to have health issues that include obesity, hypertension, and diabetes.

"Other things that were pointed at as risk factors were occupations as people were more likely to be employed in service industries and to be essential workers," said Dr. Malhotra.

Multiple experts noted that minority communities have reason to be skeptical of new treatments due to historical events such as the Tuskegee Syphilis Experiment where African Americans were subjected to the study for years, told they would receive health care, and yet were not given proper treatments.

However, doctors once again noted the COVID-19 vaccinations available right now have proven to be up to 95% effective, with 'outstanding data' on the efficacy for minority communities.