President Trump said he didn't expect college football players to have big issues with COVID-19, adding that 'you're not going to see people dying.' 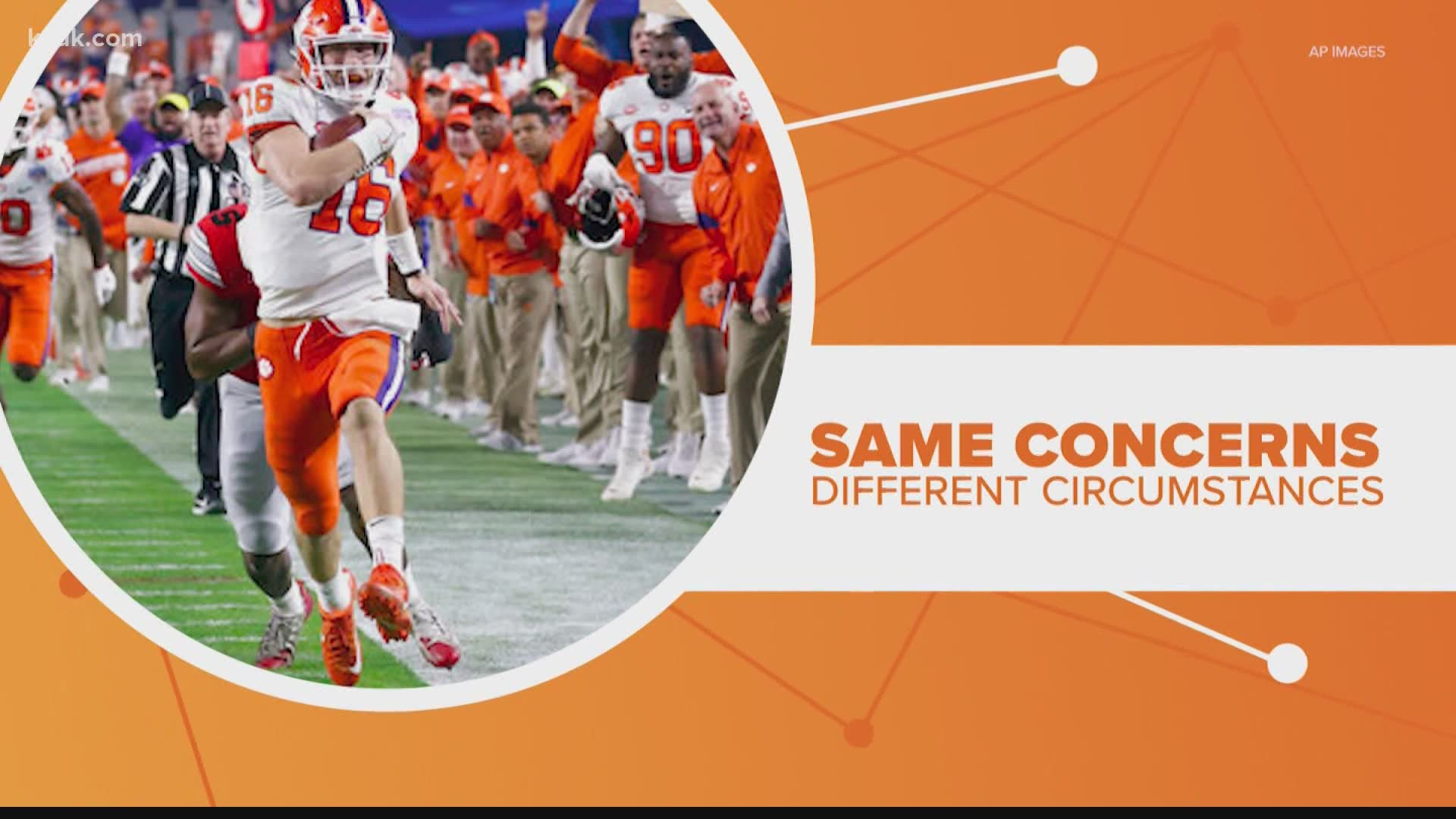 WASHINGTON, D.C., USA — While college football leaders deliberate whether a season should be played this fall amid the coronavirus pandemic, President Donald Trump explained Tuesday why he thinks they should go ahead with the season.

During an interview on Fox Sports Radio with host Clay Travis, Trump claimed college football players aren't going to have a problem because they're "young" and "physically in extraordinary shape."

"So they’re not going to have a problem. Could it happen? But I doubt it. You’re not going to see people dying," Trump said. "Many people get it and they have like kids they get it they have the sniffles, young kids almost none have a serious problem with it, literally. I think they said the state of California, almost nobody that's young had a, like zero, had a problem meaning a serious problem with this disease. They get better very quickly, if they get it at all. I think football is making a tragic mistake (if the season were to be canceled)."

Trump has publicly pushed colleges and universities to reopen for in-person learning in the fall.

Some schools and conferences have already announced plans to cancel their fall football seasons and there are reports the Big Ten has decided to cancel its season.

Commenting on the return of professional sports leagues, Trump said golf, one of his favorite sports, has not been hurt by a lack of fans.

However, the president once again criticized players' social justice protests during the national anthem. Trump declared that he hopes the NFL season doesn't happen if they don't stand for the anthem.

Before the interview ended, Travis asked the president who he thought was the better player between Michael Jordan and Lebron James. Trump answered quickly saying Michael Jordan. Trump said Jordan wasn't political, so people like him better.