Music teacher Matt Carlson was inspired to compose a song during the pandemic. Thanks to technology grades 4-12 in the Bermudian School District were able to sing it 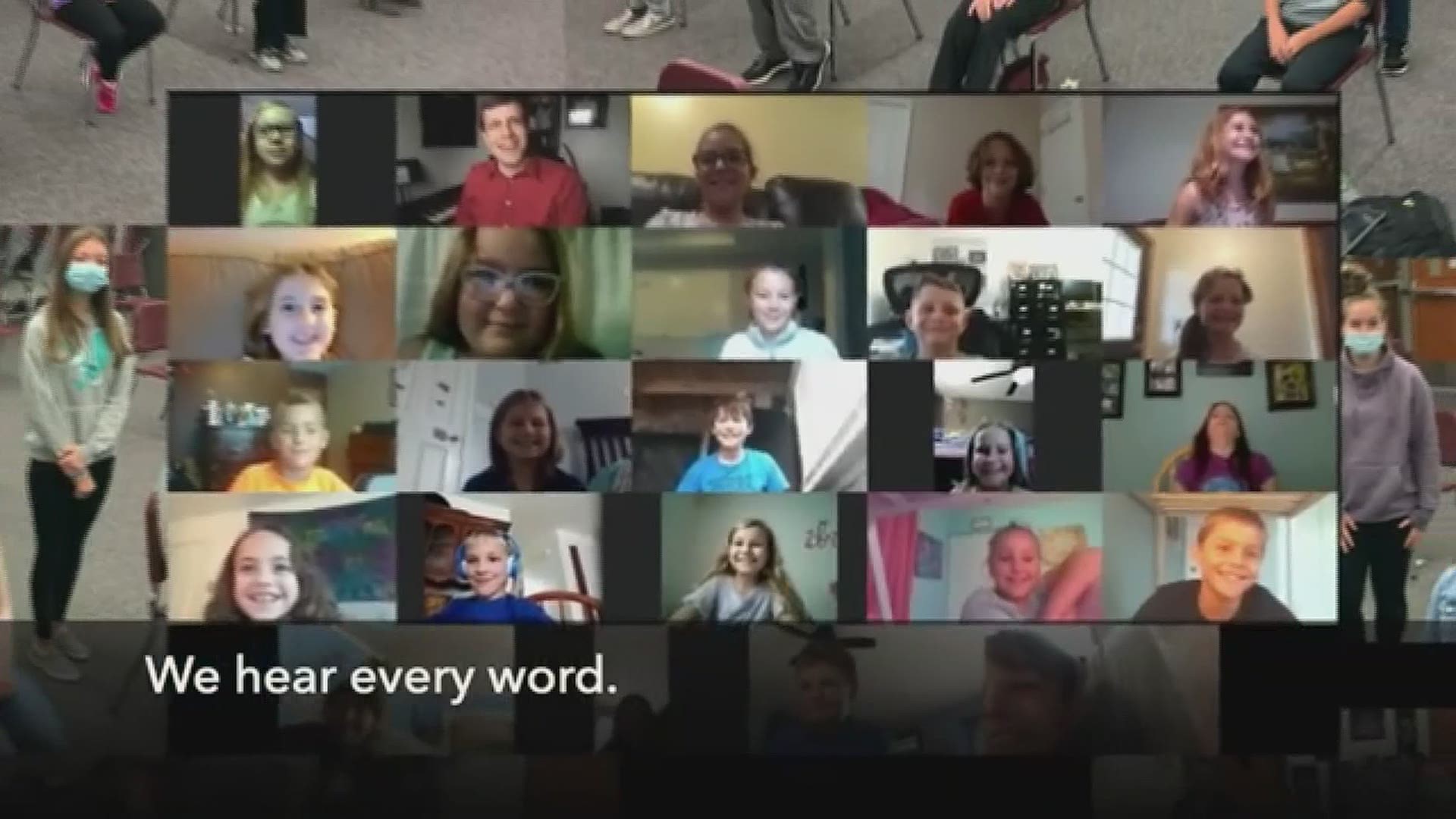 But what many wouldn't know is that those 168 students weren't actually singing together at all, let alone in the same room.

Bermudian Springs School District united its choirs grades 4-12th for one song brought together by technology as the district's hybrid program challenged students to practice on their own and record their own verses.

Only making the performance more special, music teacher Matt Carlson composed the music specifically for the pandemic. The final product of his song was not heard until each students' individual recording was spliced together as one jointed performance.

"It’s just such a wild time we’re all in and music is the way I process the world. It's the way I express myself," said Carlson, who teaches music for the high school and 4th grade choir, as he explained the motivation behind the music that he began to compose in June.

"I spent a lot of time on the lyrics because I really wanted to nail them," he said. The last piece of the puzzle for Carlson was choosing the title of the song. He landed on one word: Begin.

"I didn't know what the title was until I wrote the very last lyric," he said. "I like this idea of what if instead of the pandemic being something that stops everything and shuts us all down, what if it's a starting place? What if it's a place where we can grow and become better? And, I really like the idea that this is just the beginning of who we're going to be."

I cannot WAIT to bring you this story. How 1 teacher's inspiration turned into a technological feat to unite a school district. The song he wrote inspired by the pandemic & how 168 student voices brought it to life, despite not being able to be together. @FOX43 at 4 @BSHSEagles pic.twitter.com/TmB31p4H5X

"I was teaching everything in groups of about 4-6 kids at a time and rehearsing them that way," Throckmorton said. "They recorded their parts by themselves into a practice track into our learning management system."

Carlson credited the technology that Bermudian Springs School District provides for its students for giving him and Throckmorton the ability to combine the recordings into one song. He said in Bermudian Springs every student has access to an iPad in grades 5-12.

"I think that that's really important. That, even if we're socially-distanced and can't be with each other personally... we still have these moments on Zoom and on social media where we can still be together and give each other a hand to hold," said Lehman.

"My favorite lyric is we are stronger when we have each other," said Walker, "because this was a really difficult time for all of us. And, it was a really really helpful thing for me to have my family behind me and my friends."

Carlson is reaching out to other music teachers who may be interested in using his song 'Begin' to spur a similar message of hope across the region.

To hear more of Carlson's compositions and find information on how to purchase sheet music for 'Begin' click here.

LISTEN TO THE FULL SONG: