Retail reopens in Yellow Phase, but not all customers are ready to shop in stores again

In the first weekend of in-person shopping, small shop owners hoped to answer the question of whether customers would feel comfortable coming in. 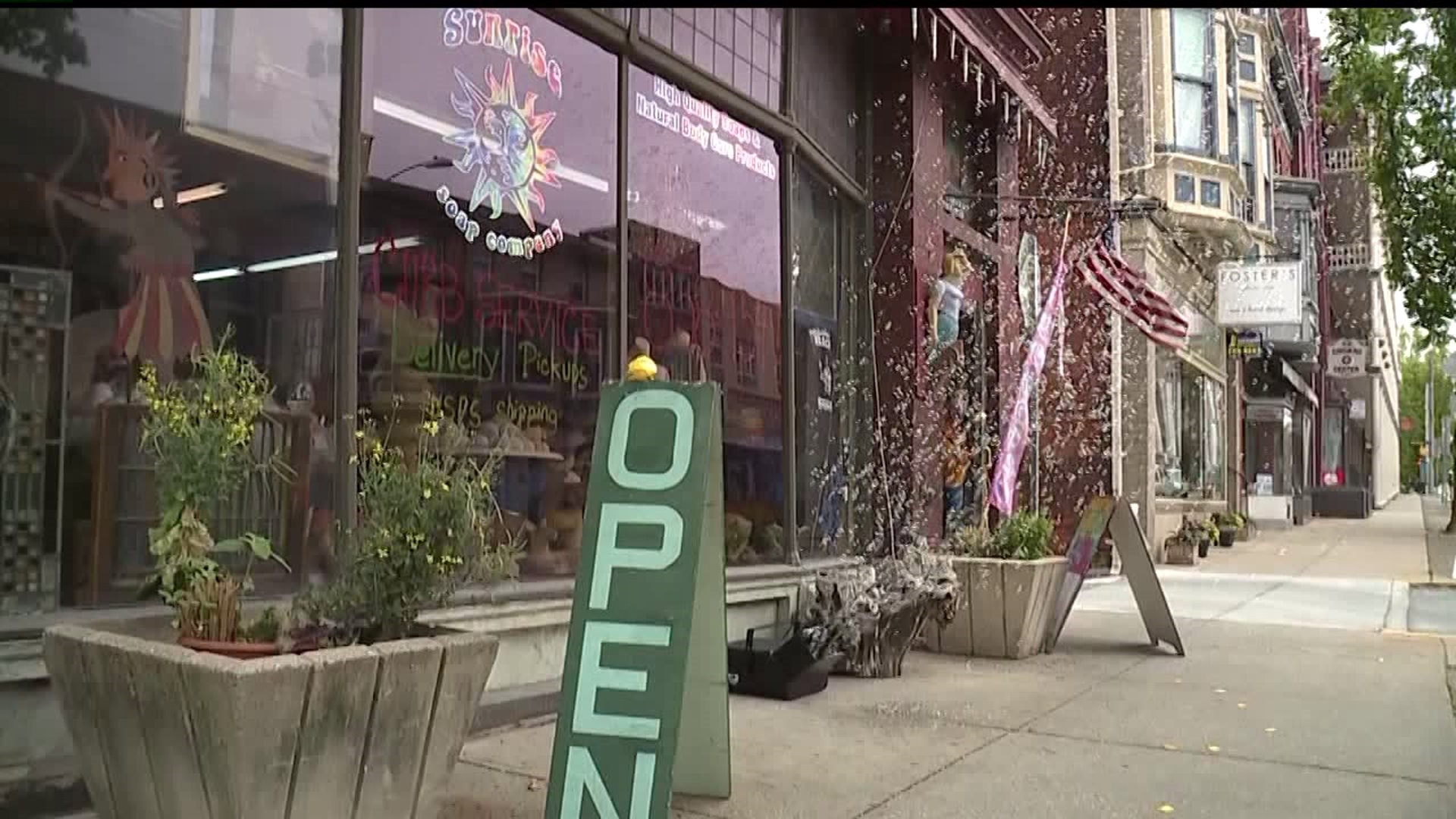 In Yellow Phase, public pools and childcare centers are allowed to reopen, as well as retail stores.

In the first weekend of in-person shopping since stores shut down two months ago, small shop owners hoped to answer the question of whether customers would feel comfortable coming in.

For some, the answer to that question was a resounding “yes.”

“I’ve been waiting the entire quarantine to come here,” said Dawn Fries, a York resident shopping at Sunrise Soap Company for her daughter, who’s heading away to college in the fall. “It’s the best store in the whole country.”

Fries wasn’t the only customer excited to go out shopping. Downtown York shop owners said foot traffic was up in the area on Friday and Saturday.

“Pretty much all the other stores were open on Friday,” said Trish Arbetman, owner of sunglasses boutique Sky Optics.

Sky Optics has been selling sunglasses  online throughout the shutdown, but opening the shop does bring in additional funds, Arbetman said.

Sunrise Soap Company also fills online orders and sells to other shops, like Whole Foods. But owner Christina Clarke still appreciated the customers who visited her shop over the weekend.

“I think they came out because they did want to support small businesses,” Clarke said.

By Sunday, however, the streets were mostly empty. The drop numbers could have been partially due to families out enjoying Memorial Day Weekend, Arbetman said, but also because families who may have otherwise come out to enjoy a Sunday brunch still can’t, as restaurants are still limited to carry-out, delivery or curbside pickup in Yellow Phase counties.

“With no restaurants being open, there isn’t the same kind of foot traffic downtown that you might normally see,” Arbetman said.

With fewer customers out Sunday, fewer shops were open. Some are normally closed on Sundays, but others may not be able to hire staff for just a trickle of customers, some of whom reported in-person shopping still brings some anxiety.

“It’s just awkward making sure you have to stay 6 feet away from everybody else,” Fries said.

Reopening the economy is sure to be a slow and rocky process, as no one is sure when—or if—customers will feel safe in stores again.

“We’re adjusting, but we’re excited to be back,” Arbetman said.

Still, store owners said they would remain open, for both their customers’ sake, and their own.