Group calls for permanent ban on smoking in casinos 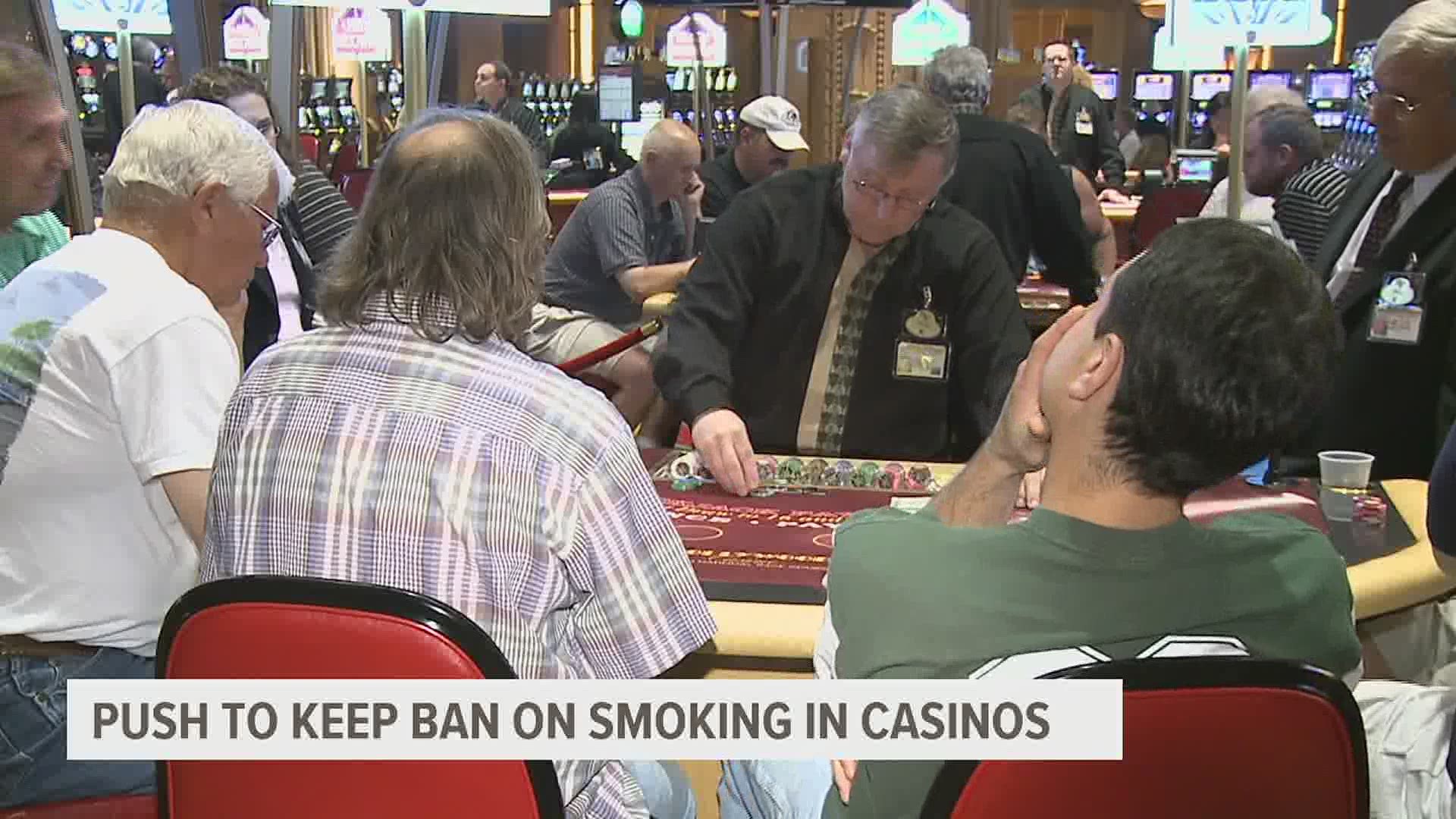 HARRISBURG, Pa. — A coalition dedicated to providing Pennsylvanians with a higher standard for smoking in the workplace is joining a state lawmaker from Western PA in his call to permanently ban smoking at casinos, bars, and other establishments.

House Bill 2298, introduced by state Rep. Dan Frankel, -D- Allegheny County, would amend the Clean Indoor Air Act of Pennsylvania to close loopholes that currently allow those facilities to allow companies to have discretion over their own smoking policies.

If you've ever been to a casino, chances are you've been near a smoker. For now, the Pennsylvania Health Department allows casinos in the state to stay open as long as guests don't smoke cigarettes or vape.

That's what brought one woman to the Breathe Free Coalition's attention. She explained during a virtual meeting Tuesday how much better life is in her workplace.

"We're all so happy to be here," the woman said. "I've had people blow smoke in my face while I'm writing up a jackpot. I don't think we should have to suffer for what other people choose to do with their lives."

During the same meeting, Rep. Frankel explained the impact secondhand smoking is having on workers in those sorts of venues.

"Exposure to second-hand smoke kills approximately 41,000 non-smokers in the U.S. every single year," he said. "It made sense before the Pandemic, but the idea of rolling back thses protections once they've already been put in place is absolutely inconceivable."

An Amendment made to the Pennsylvania Constitution in 1967 explicitly guarantees the right to clean air.

A similar bill, according to Rep. Frankel, is in the Senate.