All Pennsylvanian voters are encouraged to vote by mail for the June 2 primary election, election officials said during an election update on May 4. 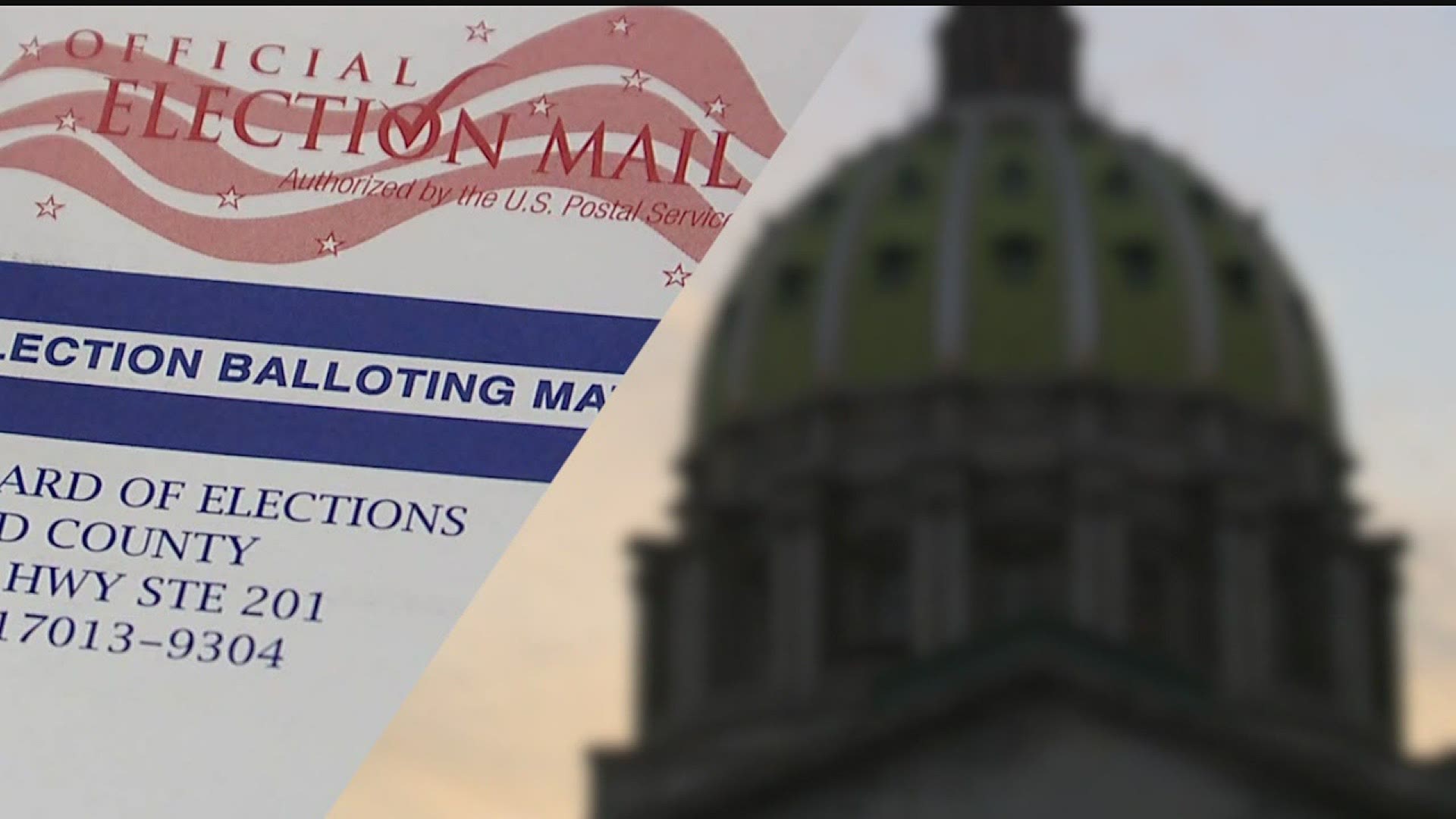 All Pennsylvanian voters are encouraged to vote by mail for the June 2 primary election, election officials said during an election update on May 4.

A law passed in Oct. 2019, Act 77, allowed voters to request a mail-in ballot without needing an excuse for why they couldn't vote in person, as was required previously to apply for an absentee ballot.

Lawmakers could not have expected how necessary mail-in voting would be during the COVID-19 pandemic, when voting in person could violate social distancing mitigation efforts.

"Pennsylvania’s new mail-in voting is a great option for those who would prefer to forego a trip to a physical polling place," Gov. Tom Wolf (D) said during the update.

Applications for mail-in ballots have already surpassed 960,000, more than 11 times the 84,000 absentee ballots cast in Pennsylvania in the 2016 presidential primary.

In March the Pennsylvania General Assembly passed Act 12, which postponed the primary election date from April 28 to June 3. Act 12 also allows moved up the time when counties can start counting mail-in ballots on Election Day, from 8 p.m.—when polls close—to 7 a.m.

Even with the added time, the expected surge of envelopes may cause delays in counting and reporting results, officials said.

"[Counties] may not have 100 percent of the counting done on Election Day with the canvassing not starting until 7 a.m. on Election Day, particularly when the volume is unprecedented," said Kathy Broockvar, Pennsylvania Secretary of State.

Gov. Wolf said he was working with the legislature to start the counting process even sooner, possibly earlier than Election Day.

"I would love to see it moved up way before that so that counties do have the ability to start counting," Gov. Wolf said. "These are the things that I think would help counties adjust to the big surge."

The federal CARES Act allocated $14 million to Pennsylvania for the election, $13 million of which will go directly for counties to hire staff and buy equipment.

Polling places will still be open, though some will be moved to other locations due to COVID-19 concerns. Counties can also use their funding to purchase additional personal protective equipment for poll workers.

Officials urge voters for apply for their mail-in ballot as soon as possible to avoid missing any deadline. At the election update, Gov. Wolf said he was applying for his ballot that same day.

The deadline to register to vote is May 8.

Ballots must be received by June 2 at 8 p.m.

Applications for a mail-in ballot can be completed online or by calling 1-877-VOTESPA.