The move comes after Pennsylvanians voted for two constitutional amendments in the May 18th primary election. 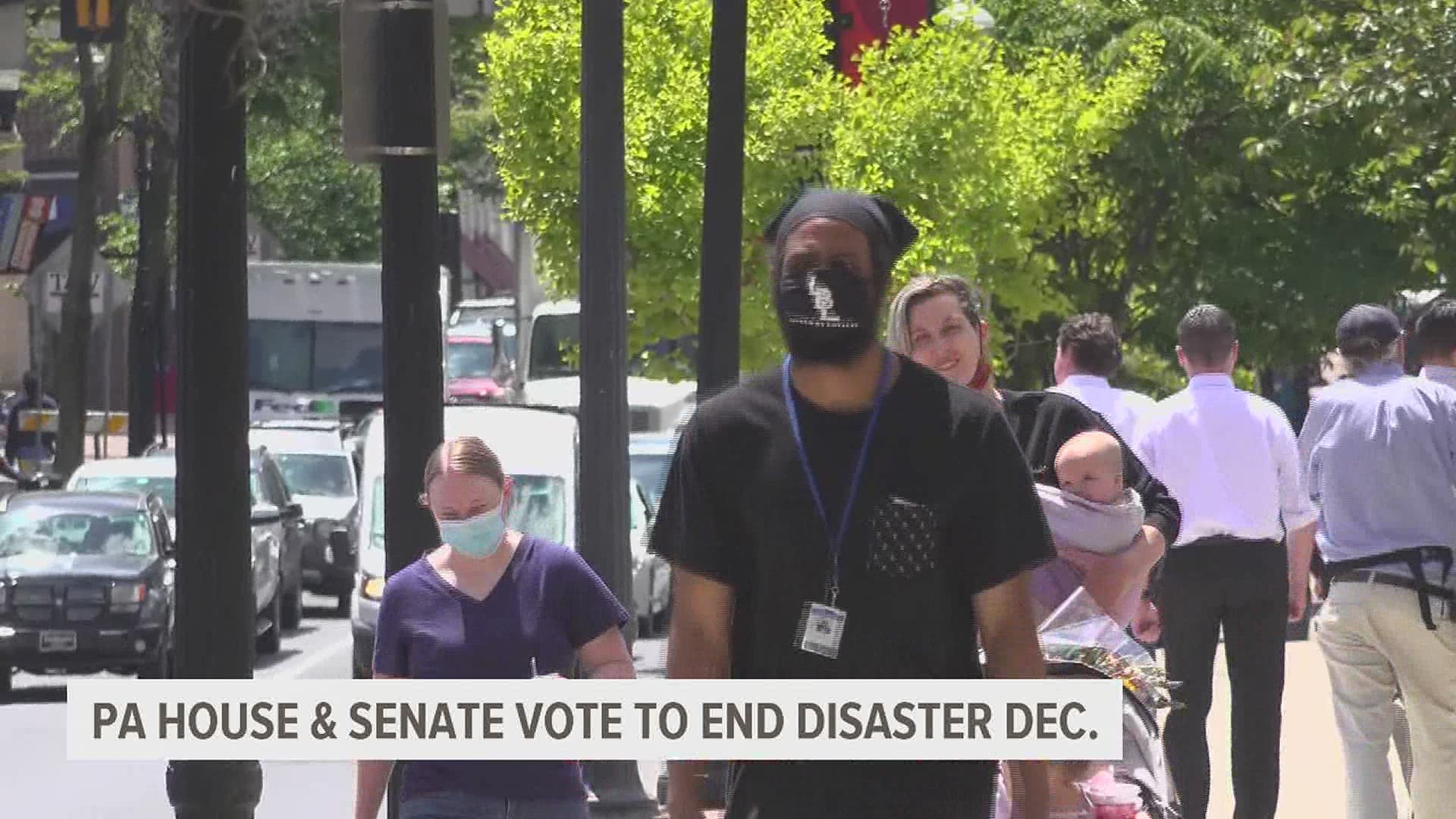 The move comes after Pennsylvanians voted for two constitutional amendments in the May 18th primary election.

"This is what the people wanted, they wanted the legislature to have a seat at the table, that's what they voted for," State Senator Kim Ward, the senate majority leader, said.

Jason Gottesman, press secretary for the House Republicans said this allows for less power in the hands of one person.

"People have been so tired of that over the last 16 months, of one person having this unilateral and complete executive control over their lives." Gottesman said.

"This allows us the opportunity to have an orderly and thoughtful transition through this period of time to get to a point where we can ease ourselves out of the reliance upon the emergency declaration and these waivers," Costa said.

Though there are now some changes, some Democratic lawmakers say much hasn't changed at all.

"All of the pieces of the declaration that most people understand, the mask mandate the limitations of restaurants and whatnot, those are actually contained under the secretary of health's authority which is a different section of the law," State Representative Jordan Harris said.

Harris added he believes there are matters that remain unknown and crucial to Pennsylvanians.

"The snap benefits, help with unemployment, those things could possibly be in jeopardy," he said.

Waivers were previously in effect, such as certain health measures under the administration's disaster declaration, will remain until September 30.

The mask mandate will also continue.