A vote is expected sometime Thursday morning from the state Senate. 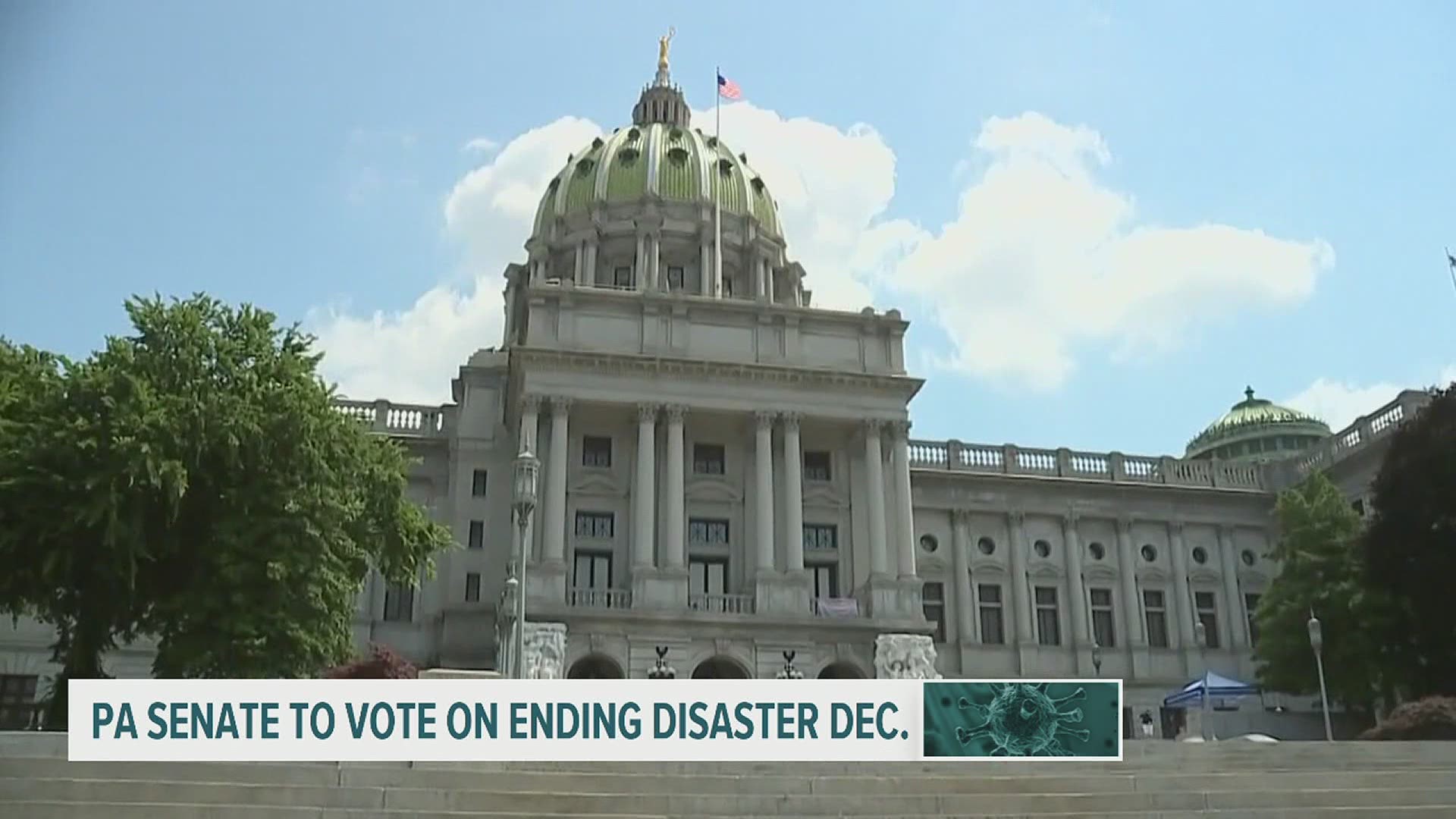 HARRISBURG, Pa. — Pennsylvania lawmakers are trying to extend waivers under Governor Tom Wolf's COVID-19 emergency disaster declaration. This comes within one day of the state House voting to end it.

Governor Wolf's disaster declaration has been in effect since March 6, 2020. On Tuesday, the State House voted along party lines to end the resolution.

This comes weeks after the May primary, where voters approved a constitutional amendment allowing the general assembly to end emergency declarations.

If the Senate votes to end it -- state regulations that have been waived will go back into effect.

However, ending the disaster declaration will not end the mask mandate. An end to the declaration could also impact Pennsylvanians' ability to get additional food subsidies, inspections, and licensing regulations.

State Republicans though say they are preserving parts of the emergency declaration, like expanding access to telemedicine and tax collection flexibility for businesses.

Officials say this is a work in progress. A spokesperson for Senate Majority Leader Kim Ward shared a statement with FOX43 on behalf of the Senate's actions regarding the declaration:

“The Senate is working with the Governor and House to finalize the necessary steps to end the emergency declaration. With the health and safety of all Pennsylvanians at top of mind in our decisions, we are working to keep health care measures in place for a certain period of time. These details are being finalized. This is a work in progress that will result in several voting measures tomorrow by the Senate and includes a vote to terminate the emergency declaration currently in place. The actions of the Senate are in alignment with the people of Pennsylvania voting ‘yes’ to end the emergency declaration in the primary election and support the necessary steps to transition out of crisis.”