Pennsylvania days away from Phase 1B

Pennsylvania is set to move out of vaccination Phase 1A within a day or two, Gov. Tom Wolf said March 30. 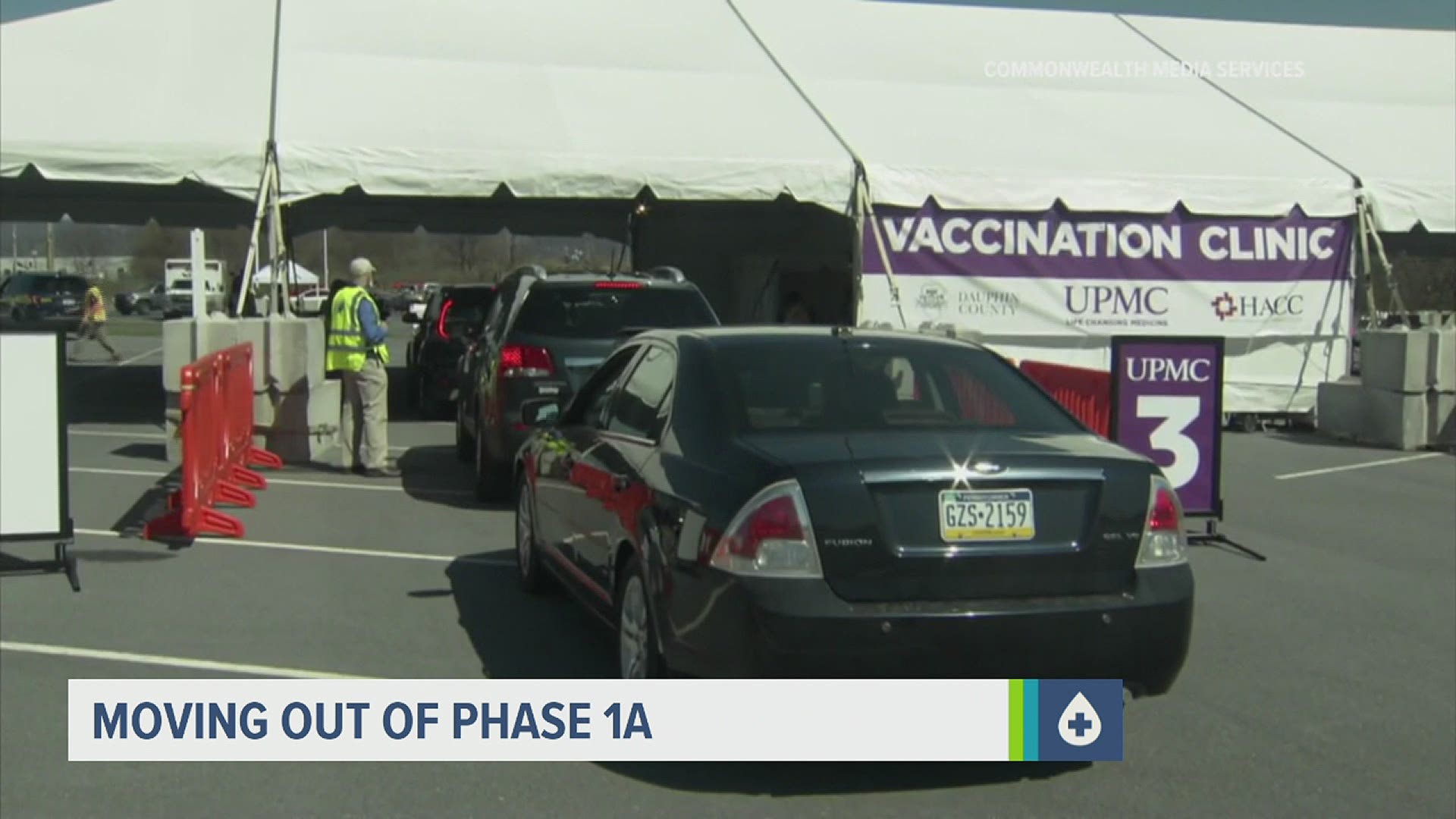 HARRISBURG, Pa. — Pennsylvania is set to move out of vaccination Phase 1A within a day or two, Gov. Tom Wolf said March 30 after a tour of a drive-through mass vaccination facility in Dauphin County.

The next vaccination phase is 1B, which includes first responders and essential workers such as grocery store employees and bus drivers.

“We're talking about that now, as to how we want to move beyond where we are right now and how quickly we can do it. We have a better sense of what the supply is, what vaccines are coming, what demand is,” said Gov. Wolf.

The move to Phase 1B also brings the state closer to President Joe Biden’s directive that states make all adults eligible for vaccination by May 1.

Gov. Wolf also said he would support a “vaccine passport,” a proof of vaccination that could be use to travel or attend events.

Wolf said he had not discussed whether Pennsylvania should create its own vaccine passport, such as the digital pass now being developed in New York State.

If that were something that seemed to come from the general assembly, then yes, I’d support that,” Wolf said.

“Those who cannot receive the vaccine due to medical reasons, arbitrary vaccine deployment phases, or personal choice should not be discriminated against, especially as we work toward herd immunity… The idea of so-called vaccine passports is an opening to unfathomable government intrusion into people’s personal lives, particularly their private medical information.”

CDC data show 31.3 percent of people in Pennsylvania have received at least one vaccine dose.

The drive-through clinic where Wolf made his remarks opened last week on the campus of Harrisburg Area Community College (HACC).

The site gave more than 1,400 first vaccine doses in its first week. Recipients stay in their cars through the entire process, including a 15 minute waiting period after receiving the shot.

“It is important to recognize that drive-through clinics serve some patients really well, but not all, particularly those with lack of transportation,” said Philip Guarneschelli, president of UPMC Pinnacle.

For those without access to a car, Capital Area Transit and Rabbittransit are offering a free shared ride to scheduled vaccination appointments.

RELATED: When will people in Phase 1B be able to get their COVID-19 vaccine?