Pennsylvania has expanded its vaccination Phase 1A. Just because someone is eligible, however, doesn’t mean they are able to get the vaccine right away. 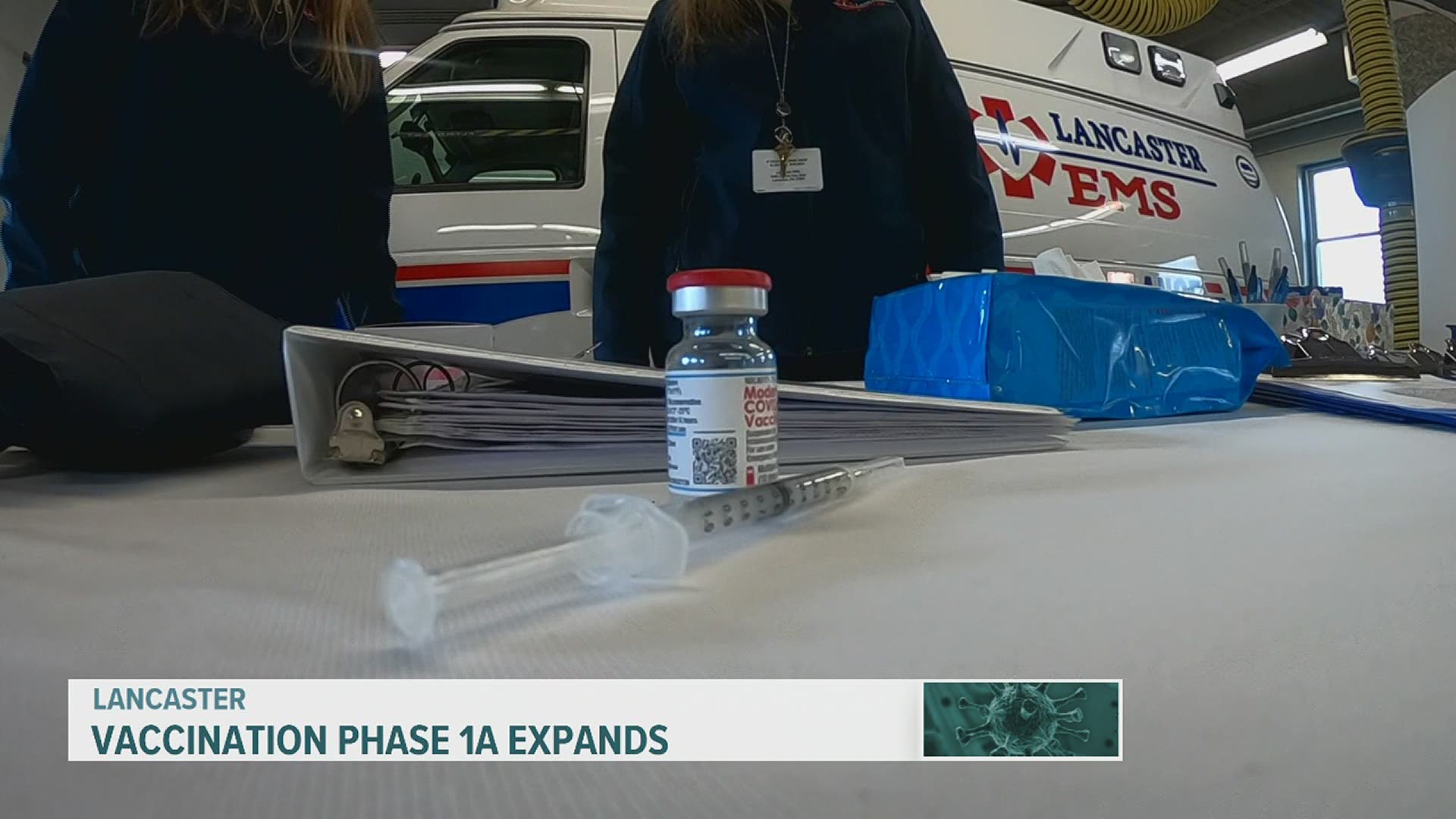 HARRISBURG, Pa. — Pennsylvania has expanded its vaccination Phase 1A from just healthcare personnel and those in long-term care facilities to also include people 65 and older, and people 16 to 64 who have one of a number of high-risk conditions.

A new online quiz can determine if someone is currently eligible for the vaccine. If so, the site will provide a map of the closest pharmacies administering vaccines and a link to schedule an appointment.

Just because someone is eligible, however, doesn’t mean they are able to get the vaccine right away, due to a lack of vaccine doses.

Pennsylvania has been allocated 613,275 two-dose Pfizer vaccines, according to the CDC. That would cover about 17 percent of people in Phase 1A.

The state has actually administered 409,438 first doses as of Jan. 19. That covers about 12 percent of people in Phase 1A.

“We are well aware that we do not have enough vaccine to meet demand at this point,” said Cindy Findley, head of the Pennsylvania Department of Health’s COVID-19 Task Force.

Though the waiting list may be long, state health officials said eligible people should be able to make an appointment to get the vaccine.

“There may not be an appointment available, say today, for that individual, but they will be able to schedule that vaccination,” said April Hutchinson, DOH’s communications director.

Some public officials at the county level said it was misleading to tell people they can now get the vaccine.

“I just think the general public doesn’t understand what the holdup is, and that’s the vaccines. It’s not any of the logistics,” said Lancaster County Commissioner Josh Parsons.

Lancaster County does have vaccination infrastructure in place, Parsons said, but is waiting for more vaccine shipments.

“You can expand that group as much as you want and be as big as you want, but if you don’t have the shots for it then you’re not going to be able to service everyone who wants it,” Parsons said.

The newly eligible were previously part of Phase 1C. By moving to 1A they are in effect jumping ahead of 1B in line. Phase 1B includes first responders and essential workers like teachers.

DOH wrote in a statement,

“Teachers, firefighters, police and all of the people in phase 1b play a vital role in our community and we do not want to diminish that in any way. However, our vaccine plans are designed to ensure that vaccinations happen in an ethical, equitable and efficient way.”

Vaccinating all of Phase 1A will likely take at least several more weeks, health officials said.