Pennsylvania reached an important milestone May 20 in reopening post-pandemic: 50 percent of adults are now fully vaccinated, according to the Department of Health. 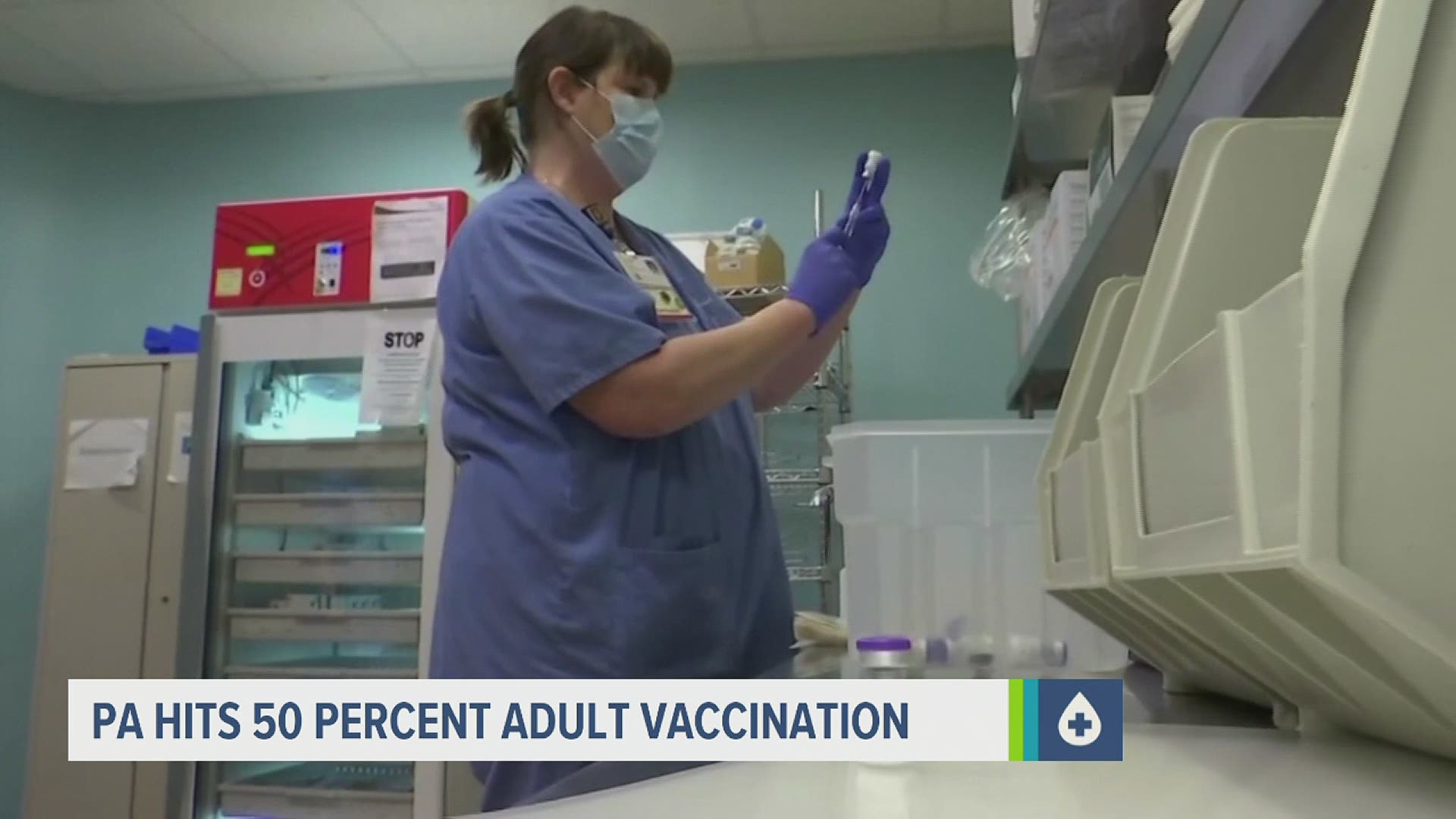 HARRISBURG, Pa. — Pennsylvania reached an important milestone May 20 in reopening post-pandemic: 50 percent of adults are now fully vaccinated, according to the Department of Health.

The 50 percent vaccination rate brings the state closer to the 70 percent threshold set by Gov. Tom Wolf to remove all remaining mask requirements.

As of this week, only those who are fully vaccinated can take their masks off in most places.

Acting Secretary of Health Alison Beam said 68.2 percent of those age 18 and older have gotten their first shot.

“We’ve seen folks follow through with that second shot and so in the requisite three-to-four-week period we are likely going to be very close to meeting that 70 percent goal,” Beam said.

The biggest challenge to that goal currently, Beam said, was fighting vaccine hesitancy.

“We are proud to report that 82 percent of the vaccine doses our pharmacies administered to date have been provided to patients that are in highly socially vulnerable populations based on where they live in Pennsylvania,” said Stephanie McGrath, executive director of network operations for the Pennsylvania Pharmacist Care Network (the CPESN Network in Pennsylvania), which represents 170 Pennsylvania pharmacies.

Retail pharmacies are likely to play an even larger role in vaccinating the remaining unvaccinated Pennsylvanians, as some mass vaccination sites wind down amid reduced demand.

RELATED: Big gaps in vaccine rates across the US worry health experts