Millions of Americans—many in need of financial assistance amid the pandemic—still have not received their stimulus money. 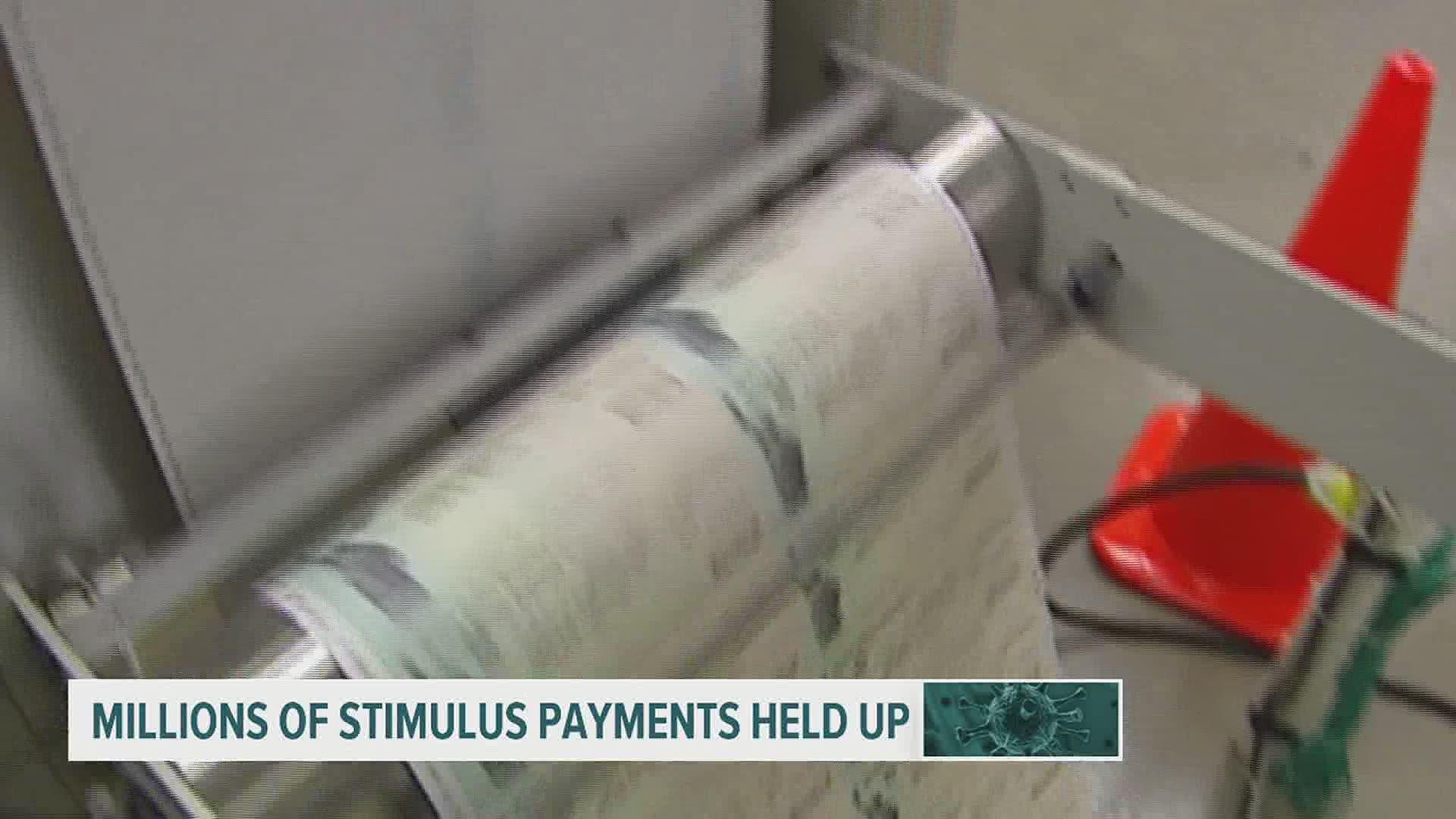 MECHANICSBURG, Pa. — Millions of Americans—many in need of financial assistance amid the pandemic—still have not received their stimulus money.

The delay is affecting customers of online tax preparation services, including TurboTax and H&R Block.

Online tax preparation companies often use separate or temporary bank accounts to receive refunds from the IRS. The refunds are then paid to individuals. Since 2019 tax refunds were deposited, however, many of those accounts have been closed. The IRS payments then bounce when they’re routed to the closed accounts.

“So the money went to that particular bank and they have sent the money back to IRS and IRS will in turn mail people a check,” said David Riggs, president of Accounting Services of York.

If a direct deposit goes to a closed account, usually the IRS will then send a physical check to the recipient’s mailing address.

However, the IRS’s website now says the agency is unable to process all those checks by the Jan. 15 deadline mandated by law.

If the IRS is unable to issue a check, the recipient must wait to get the money through his or her 2020 tax refund, likely to take several months.

The Bowersox family of four in Mechanicsburg was set to receive a $2,400 stimulus payment.

“It would be helpful because we’re still trying to play catchup with when my husband was laid off at the beginning of the pandemic,” said Kelley Bowersox.

The payment would be used to help pay bills and an upcoming car inspection, Bowersox said.

But more than a week after the stimulus payments began, the family is still waiting. They used TurboTax to file their 2019 taxes.

“It actually came as a shocker that it didn’t automatically come through as everybody else was getting because our first stimulus went right in,” Bowersox said.

Bowersox said she no longer expects to depend on government payments.

“It’s sad because our government is supposed to be working for you and then all this other stuff is happening and you just feel left in the dust.”