But the numbers are likely way higher than being reported. 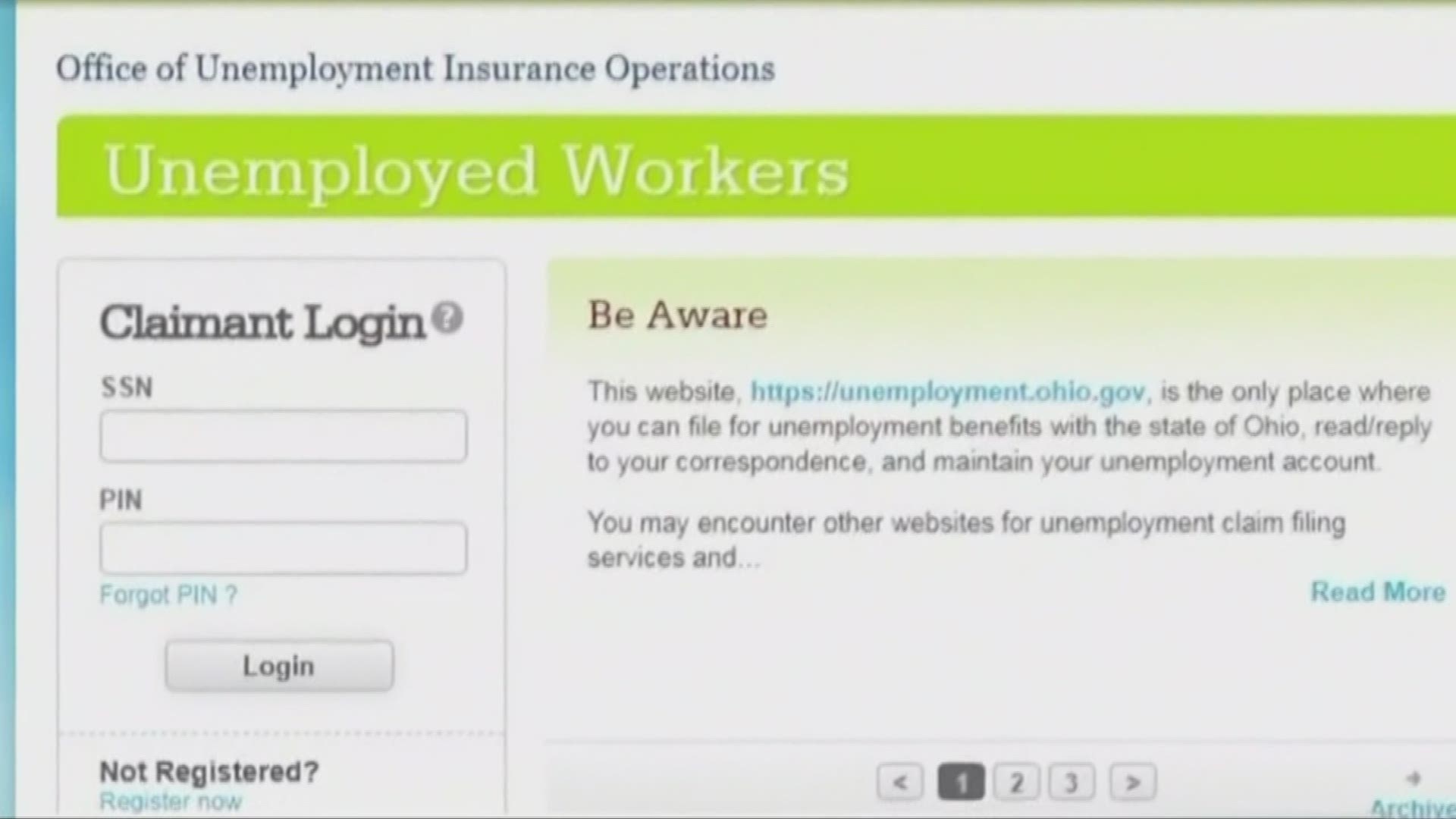 CLEVELAND — The Ohio Department of Job and Family Services reported that it received 187,780 jobless claims the week ending March 21. To put those numbers in perspective, there were only 7,042 the week prior.

But that only reflects the people who have been able to get through to the office.

With the second highest number of unemployment claims ever filed in a week in Ohio, wait times are rising and computers are crashing.

“I tried time and time again. And sometimes I could get just one step further along, and then eventually got to the point where I couldn't go past the same spot," said Heather Brumbaugh, who just lost her Marketing job on Monday." I ended up even kicking myself out because I tried too many times,”she explained.

She and her husband count on her income to support their three children. After trying for hours to get help, she was finally able to apply.

“I took my laptop up with me to bed. And when I got up at 1:30 in the morning, I logged in and it ran perfectly then." She knows she got lucky.

The Department of Job and Family services has acknowledged the widespread problems, as did Lieutenant Governor Jon Husted, in Thursday's daily news conference.

“It's like a rush hour on the highway,” he said. “The highway system is built for a certain capacity and when we exceed that capacity, the system can't handle it.”

But he added that people who are having problems filing claims, won't lose out on money.

"If you do not get through and you're worried about the timing of your benefits and not getting paid the full amount that you qualify for, they will make that retroactive," he said.

Ohioans are being asked to have patience while the State sorts out these problems...something many people are short on these days.

“I was already feeling overwhelmed and sad and stressed,” Heather told me. “And the process didn't make me feel any better.”

RELATED: Ohio Gov. Mike DeWine says hospital capacity will have to get 'a lot bigger'