The PolicyLab team at CHOP is using case data to track and project, in real-time, the spread of the virus in 500 counties across the country. 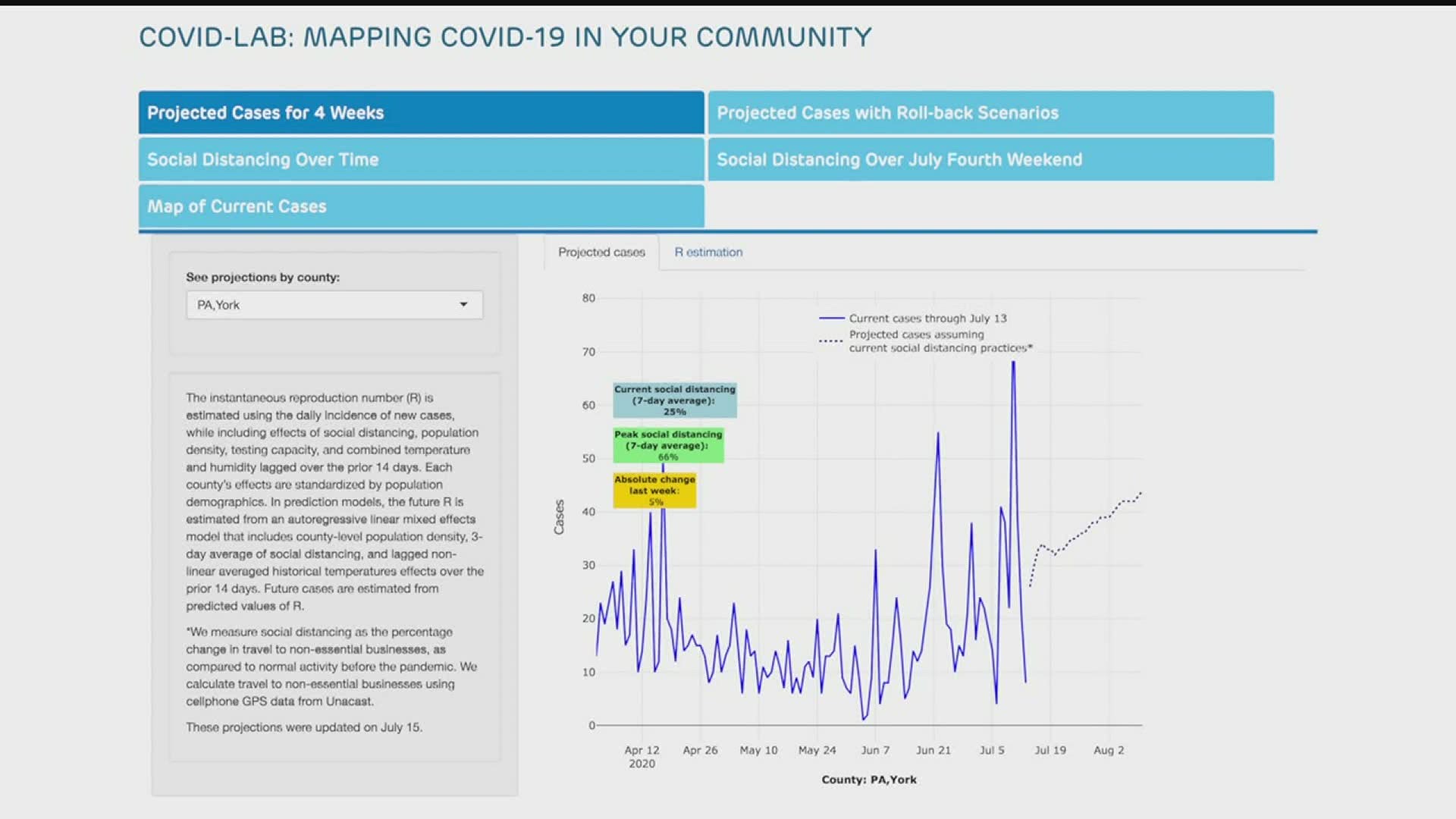 PHILADELPHIA — New projections released by PolicyLab at the Children’s Hospital of Philadelphia (CHOP) forecast a surge in COVID-19 cases over the next four weeks, with a renewed risk spreading into the Northeast.

PolicyLab’s models track the virus and forecast disease activity in 500 counties nationwide. The data is estimated using the daily incidence of new cases, while including effects of social distancing, population density, testing capacity, and combined temperature and humidity lagged over the prior 14 days.

Dr. David Rubin, a general pediatrician and director of PolicyLab at CHOP, said they are seeing incontrovertible evidence that a resurgence of COVID-19 is moving quickly into the region.

The evidence is made clear through data from neighboring regions, increased case counts in multiple counties and testing positivity rates, he said.

New #COVID19 projections show many areas of the south such as #FL #TX & #Alabama are “fanning the flames” of the resurgence nationwide, spreading renewed risk into the Mid-Atlantic, Northeast & Upper Midwest. View our model ⤵️ https://t.co/sgpzLufPq5

“We’ve also seen transmission cycles now where younger people are getting infected and then infecting older people in their communities,” Dr. Rubin stated.

The PolicyLab team uses this data to advise state and national leaders on critical decisions, including stronger mitigation tactics and phased reopening plans.

“Early on, we were one of the sectors that were really trying to challenge state governments to reopen some areas safely that were ready, even as our cities remained more cautious,” said Dr. Rubin.

Unlike some states, Pennsylvania’s hospitals are not overwhelmed with COVID-19 patients. As of July 15, the state reported 667 current hospitalizations due to COVID-19. Dr. Rubin warned against waiting for those beds to fill.

“The time for action is now, and with the urgency around school reopenings just around the corner, if we do not get community disease transmission rates down, we’re really threatening the most important reopenings that we have coming around Labor Day,” he explained.

To access PolicyLab’s interactive map projecting the spread of COVID-19 and find the data in your county, click here.